Since 1997, San Diego County has required all families applying for California’s version of welfare called CalWORKs to submit to warrantless, suspicionless, unannounced home searches and interrogations by District Attorney investigators.

As of June 2013 about 150,000 families, or about 9,300 families each year, have been subject to these searches. This policy, called Project 100% or P100, diverts money away from the poor and has not been shown to be effective at detecting or preventing fraud.

San Diego is the only place in the whole nation which has such an intrusive, untargeted policy making it America’s finest city – NOT – for the poor and vulnerable. These searches are a violation of the Fourth Amendment to the Constitution which forbids “unreasonable searches” of peoples’ homes.

Money to fund the DA office’s P100 search program is money taken away from the CalWORKs program which could have gone to help needy families. In fact almost $2 million per year could instead be used to hire 42 new welfare-to-work employment counselors.

Not only are blanket home searches ineffective, they are harmful to children and parents in crisis. Simply for requesting government aid for which they are potentially eligible, families are forced to endure the frightening and degrading intrusion into the private spaces of their homes by law enforcement officials.

People signing up for welfare have to agree to these unscheduled searches, and make themselves available at all times during the day since, if they’re not home when the inspector arrives at the door, they get turned down for welfare benefits. When the inspector comes, she must invite him in or forego benefits.

Investigators for the program — not social workers mind you, but accusatory and sometimes rude investigators from the DA’s office — pay over two thousand unannounced visits a month, taking note if they find a man’s name on a prescription bottle in the medicine cabinet or boxer shorts in a sock drawer. If the inspector finds a pair of work boots in her closet, he will accuse her of harboring a man in her home and she will lose benefits. If there are two toothbrushes in her toothbrush holder, she will lose benefits. Investigators have even threatened to take the applicant’s children away if they find any evidence of welfare fraud. These situations have actually happened to real people.

One inspector picked up a Victoria’s Secrets bra with the erasure tip of a pencil and waved it in her face claiming that, if she were really poor, she wouldn’t have such an expensive bra in her dresser. Who was she trying to impress – a boyfriend perhaps? The same technique was used on a pair of her sexy panties. If she didn’t have a boyfriend, what would she have needed those for? Anything that would tip off the inspector that she may have lied on her application is grounds for denying her a few hundred measly dollars a month. Authorities are looking for evidence that the applicant has a secret job or a boyfriend who could pay bills.

The general idea is that being really poor means you should naturally give up any ideas you might have about privacy or dignity. If you are poor, you should have to give up your Constitutional rights such as the Fourth Amendment. You are not afforded the benefit of being protected from unreasonable searches. Welfare fraud is subject to harsh penalties while bankster fraud goes unpunished. No bankster would have to undergo a peremptory search of his premises despite the massive frauds involving billions of dollars that some of them have committed.

And what about the Balboa Park Centennial Inc (BPCI) that spent almost $3 million of taxpayer money with no results whatsoever. Are they being investigated for fraud? Hell, no. They are part of San Diego’s white collar, white faced elite. They can waste any amount of money whatsoever and the DA’s office will look the other way.

Only City Councilman David Alvarez is questioning where millions of taxpayer dollars meant for the Balboa Park Centennial Celebration have gone. The insiders on the BPCI paid themselves handsomely, and they have taken the money with impunity, with no obligation to pay it back despite their pathetic results. No one is accusing them of fraud. No one is carrying out unreasonable searches and seizures at any of their homes. There are two standards of justice – one for the rich who steal millions and one for the poor who may, if they’re lucky, get a few measly bucks to pay their electric and water bills. 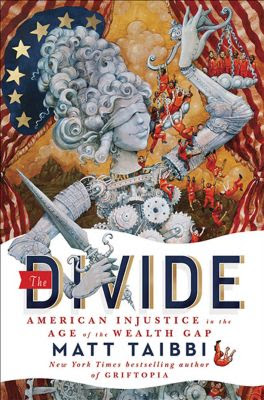 In Matt Taibbi’s book, The Divide, he chronicles the experiences of Maria Espinosa, Karen Bjorland, Markisha and the couple, Diego and Anna [more about them next time], as they were hassled by the P100 program in San Diego:

Maria Espinosa was a pioneer. The sifting-through-the-dresser-drawer search she experienced in the early years of the George H. W. Bush presidency was an informal precursor to a [program that] would become formalized in her new home county of San Diego. In San Diego County … the state preemptively searches for evidence of fraud in the homes of the tens of thousands of people who have applied and are applying for cash assistance via CalWORKs, the California version of Temporary Assistance for Needy Families or TANF – what we used to call welfare.

Today, every single person who applies for aid and is accepted has to be preemptively searched. These people are almost all non-white. And while in L.A. in the late 1980s the person visiting the home of someone like Maria Espinosa was just a social worker from the local welfare office, the state has since upgraded. In San Diego now it’s a law enforcement official, a representative of the district attorney’s office, who comes in to look through your underwear drawer. The city has a team of investigators whose sole purpose is to conduct the searches for this program … .

One hundred percent compliance, that’s the idea. No outliers, no excuses. Fraud must not be tolerated, not even the smallest kind. So the program must be large, and appropriate resources must naturally be devoted to crime detection. In just one year, 2011, the county conducted an astonishing 26,000 home searches.

P100 generates, by the thousand, stories that sound like testimonials culled from refugees of some distant, low-rent, third-world despotate. The stories are terrible, humiliating, abusive.

On the other hand, Taibbi continues:

… while the San Diego District Attorney’s Office spent more than a decade sifting through thousands of dresser drawers and bringing felony cases all the way to court for frauds as small as four hundred dollars, executives in the same general area of Southern California, at companies like Countrywide and Long Beach Mortgage, were pioneering the mass fraud scheme that involved the sales of toxic mortgage-backed securities.

… Not one home was searched. No banker ever had someone pick up his underwear by a pencil and wave it in his face.

Twenty-six billion dollars of fraud: no felony cases. But when the stakes are in the hundreds of dollars, we kick in 26,000 doors a year in just [San Diego] county. 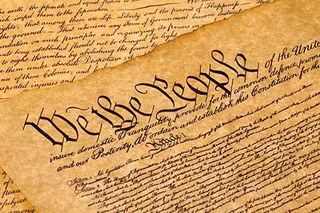 Finally, six women who had experienced these travesties got together and with the help of the ACLU filed a lawsuit. In Sanchez v The County of San Diego, they argued before the United States Court of Appeals, Ninth Circuit, that these intrusive home searches were a violation of their Fourth Amendment rights.

They lost. The argument that prevailed was basically that, by virtue of their applying for taxpayer supported aid, the state’s interest took precedence over their right not to have their homes peremptorily searched, that they had forfeited that portion of their Constitutional rights.

However the minority opinion of the Court was quite striking. They wrote the following:

[A visit from a social worker] is a far cry from the program carried out by the County of San Diego, whose Project 100% home visits entail a law enforcement agent – trained not to give advice to welfare applicants – walking through the applicant’s home in search of physical evidence of ineligibility that could lead to criminal prosecution either for welfare fraud or other crimes unrelated to the welfare application. In light of the significant differences in scope and implementation between the home visits at issue in Wyman [a precedent case] and those challenged here, I disagree with the majority’s conclusion that the home visits do not rise to the level of a Fourth Amendment search. Nor do I agree with the majority’s improper discounting of the Appellants’ heightened privacy interest in their home. In the majority’s view, even if the home visit is a search, it is reasonable because the Appellants’ relationship with the state as potential welfare recipients “reduce[s] the expectation of privacy even within the sanctity of the home.”   …   By suggesting that welfare applicants may be treated the same as convicted criminals, the majority ignores the limits – implicit and explicit – in [another precedent case].

Courts have been chipping away at the Constitutional rights of the poor and people of color for many years while giving a free pass to rich, white collar and white faced criminals. The County of San Diego with its P100 program is the worst offender along these lines in the entire US. If you’re black or brown and live in the ghetto, you don’t get protection against illegal searches and seizures. Whether it’s possession of microscopic amounts of drugs or accusations of welfare fraud, that’s just the way it is.

NEXT TIME: How P100 Screwed Diego and Anna.