Search Results for: Beats in Peru 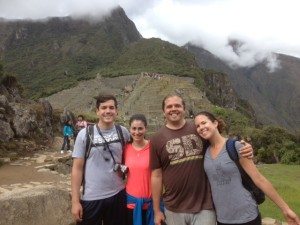 Our plane landed in Miami at about 8am on the 12th of June, eight hours after leaving Peru. As we exited the plane it was a long walk to go through customs and we were greeted by an old, angry, white man with a badge yelling at us asking, “Why are you walking down this line?! You should be in that line!”

I responded, “Because your stanchions are wrong, calm down!” Jenny and I had to walk all the way around back to where we came in and then got in a line next to a middle aged, angry, black woman yelling at other Americans to get in line. We didn’t know what was going on and why people were so mad and then we realized we were back in America.   [Read more…] 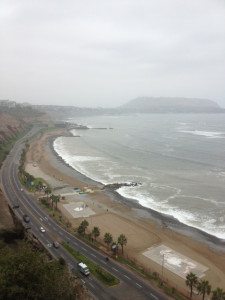 We awoke without alarms in the Embajadores Hotel in Miraflores, Lima where we planned on leaving our big back packs for the day while stuffing our little back packs with more Peruvian goodies to take home. After a continental breakfast that didn’t compare to the one we were accustomed to at Arqueologo but still was better than the processed American food we get in American hotels, we headed out the lobby, west towards the beach, to put beautiful sights in front of our eyes. 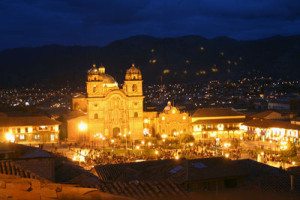 We awoke to our last morning in Cuzco. The Arqueologo Hotel had been very good to us as was the whole city of Cuzco. As we ate our last delicious continental breakfast, we met a couple who were in their mid forties who had hiked the Inca trail and were from Sacramento.

We also met a woman from Tijuana, who heard me mention TJ in a conversation and I thought I had offended her. She mentioned how the running international joke is how the best part of TJ is San Diego. I agreed but I forgot how defensive Tijuaneras could be about their nationalism. She argued a bit about how they have beautiful beaches in Ensenada and so on, so I defused the argument by saying, “somos un pueblo sin fronteras” [we are one people without borders]. That perked her up and our conversation turned positive.

I came to the conclusion after Jenny and I were so impressed that all the travelers we met were such nice people that it was because the destination we all had in common, Machu Picchu.   [Read more…] 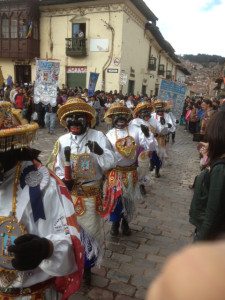 I awoke and rolled over to find Jenny not there and I about fell in between the two beds we had pushed together. She heard the racket and called up to me to get me up for breakfast and I obliged.

We had our usual continental breakfast of yogurt, granola, quinoa and fresh fruit with a couple cups of Peruvian coffee. We decided that we wanted to go explore more of Cuzco, so shortly after our breakfast we were off. 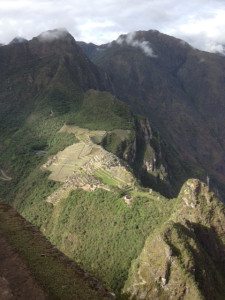 My alarm went off at 4:30am. We had to pack our bags before we left while getting ready for a monstrous day of hiking. We planned on hiking to The Sun Gate, which was on the far northeastern side of Mach Picchu, and then trek across the whole city to Huayna Pichu.

We got to the restaurant at 5:35am for breakfast and right at 5:40am, the first of many busses started to drop people off. We jumped in line at 5:50am and were off to the races again by 6:00am. We immediately ditched the rest of the pack as we took a left, opposite the ruins and began our ascent to The Sun Gate.   [Read more…] 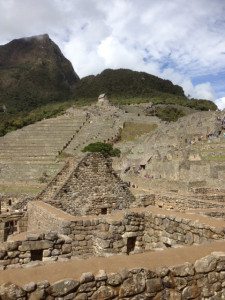 We awoke to my alarm at 5:00am and I felt much better. After a whole day of feeling sorry for myself, and Jenny nursing me back to life, I was ready. We dressed and went down to the restaurant where they had an excellent spread of breakfast foods.   [Read more…] 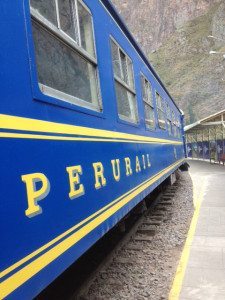 My alarm went off at 6:30am and I was still awake. Jenny and I packed up our things, headed down to the lobby to catch our cab, got to the bus station and headed towards the train station.

My body was at war with itself and I was held captive. At every turn, bump and stop I writhed in pain. My mind was set though, I was determined to make it to my destination.

The bus ride went through the hills of Cuzco that looked similar to the favelas of Rio de Janeiro. Most buildings were half built and littered with old insignificant signage. Once or twice a block there would be a break in the buildings and we could see the houses slowly start to disappear on the opposite hill from us and turn into bare hillside.   [Read more…] 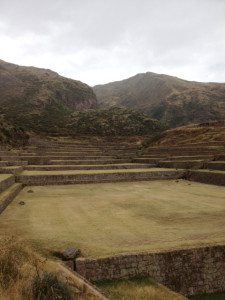 San Diego DJ Mikey Beats, and his nurse wife Jenny, decided to take a vacation to Machu Pichu, Peru. For the next few days San Diego Free Press will publish their daily adventures. Read parts I & II and part III.

As I awoke to the sounds of droplets coming from the roof onto the street outside my first reaction was, “I thought this was the dry season.”

Eric from “Adventures by Eric” had agreed to send someone to meet me at 8am in the reception area to give the down payment on our ATV Adventure Tour that would last 4 hours. Jenny and I had done one of these in the Yucatan for a tour of the cenotes a few years prior and we had a blast. Today would be no different with the rainy wetness, but there in Cuzco, it was about 30 degrees colder.   [Read more…] 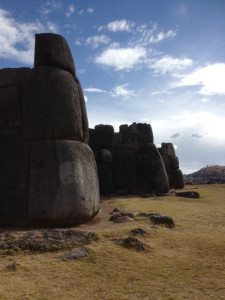 From what we could tell, there were no signs of altitude sickness and Jenny didn’t wake up with a hangover. We slept in on purpose to get as much rest as possible. Water and coca tea had been our drinks of choice to stay well hydrated….   [Read more…] 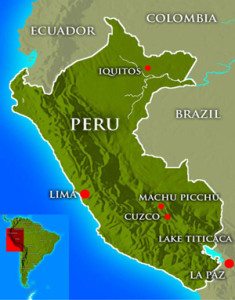 San Diego DJ Mikey Beats, and his nurse wife Jenny, decided to take a vacation to Machu Pichu, Peru. Over the next few days San Diego Free Press will publish their daily adventures.

We woke up just before 8am to the coffee grinder. All our things were prepped and all my stuff needed to be placed into my travel backpack. That backpack had been to Brazil with me, Ecuador and Panama with Jenny and now it would get me through Peru.

We stopped by Ramiro’s taco shop after a few quick texts to tie down loose ends and we hit the road. My breakfast burrito ended up all over my shirt as I was eating and driving. Just another aroma to remind me of home I guess.

We got to LAX a few hours early and took our time finding a cheap option to park the car for ten days. The garage was called Quick Park….   [Read more…]

Like all SDFP writers I do not get paid to write. I write because the stories that I want to share rarely, if ever, get covered by the mainstream press. And the community I live in and write about doesn’t get much positive media attention.

I’ve taken it upon myself to cover the stories and issues that don’t get covered. To unashamedly champion the places, people, issues and causes that are near and dear to my community and myself.   [Read more…]