You are here: Home / Search for "Robert Reich"

Robert Reich lays down some common sense suggestions for fostering dialogue with folks that may not share one’s political viewpoints. I know there are persuasive arguments for not even attempting to engage the hard-core Republican fanatics, but not all non-democrats are hardcore Trump/Pence racist types. Plus it’s important to listen and hear what others are saying as well as being able to articulate one’s own viewpoint.   [Read more…]

Third parties have rarely taken over from the dominant two in American history. So how did the People’s Party win the U.S. presidency and a majority of both houses of Congress in 2020?

It started four years before, with the election of 2016.

As you remember, Donald Trump didn’t have enough delegates to become the Republican candidate, so the GOP convention that summer was “brokered”—which meant the Party establishment took control, and nominated the Speaker of the House, Paul Ryan.   [Read more…] 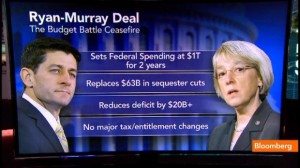 In fact, the only good thing about it is that right-wingers hate it

About the only good thing that can be said about the budget deal just patched together by House Republican budget chair Paul Ryan and Senate Democratic budget chair Patty Murray is that the right-wing Heritage Foundation and the Koch brothers’ Americans for Prosperity oppose it.

But that doesn’t mean it’s a good deal for the country.   [Read more…] 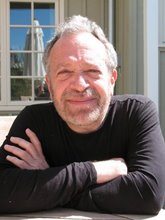 Unfortunately, extremists, threats and possible shutdowns are still very much with us.

The war isn’t over. It’s only a cease-fire.

Republicans have agreed to fund the federal government through January 15 and extend the government’s ability to borrow (raise the debt ceiling) through Feb. 7. The two sides have committed themselves to negotiate a long-term budget plan by mid-December.   [Read more…] 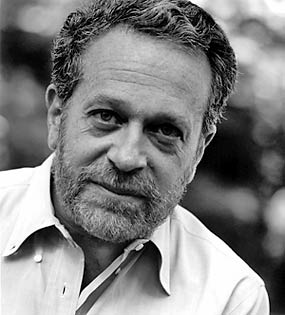 This is Robert Reich’s latest venture in an attempt to inform the American public about what’s really going on with the economy in this society. He’s tried everything else: Chancellor’s Professor of Public Policy at the University of California at Berkeley in which he teaches a course on Wealth and Poverty, a blog, where he had as many as 300 comments after each post until he shut down the comments due to a persistent vile and threatening commenter who stooped to anti-semitic comments, 13 books, the latest being “Beyond Outrage,” Secretary of Labor in the Clinton Administration, radio and TV appearances, lectures.

He also worked in the Ford and Carter administrations. Reich has always been concerned about those who are struggling to keep their heads above water, and in today’s world that includes almost all of the former members of the middle class.

The major metaphor in the film is a suspension bridge which fits perfectly over a graph of the concentration of wealth that occurred at two points in American history, the first being in 1928 and the second being in 2008. These are the two high points of the suspension bridge and correspond to the two points of peak inequality in American society after which there was a crash: the Great Depression and the Great Recession.   [Read more…] 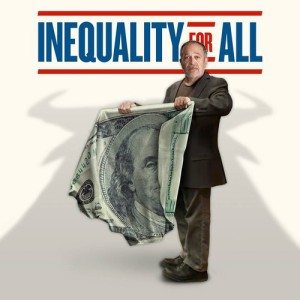 In the years before Ronald Reagan, income taxes on the One Percent were regularly in the range of 70%, including when Republicans Dwight D. Eisenhower and Richard Nixon were in the White House.

Amiable President Reagan brought us the exaggerated and toxic notion of “welfare queens” on foodstamps. He also fired all the striking air traffic controllers without a peep of opposition and lowered income taxes on the rich to 28%, benefitting his plutocrat LA pals. In 2012  the GOP’s own Richie Rich,  Gov. Mitt Romney, paid 13% in taxes. And in 2012 Warren Buffett paid less income tax than any of his clerical help at Berkshire-Hathaway.

We’re talking serious income inequality here and now in the US of A.   [Read more…]

If you’re sitting in the well of the House when a president gives a State of the Union address (as I’ve had the privilege of doing five times), the hardest part is on the knees. You’re required to stand and applaud every applause line, which means, if you’re in the cabinet or an elected official of the president’s party, an extraordinary amount of standing and sitting.

But for a president himself, the State of the Union provides a unique opportunity to focus the entire nation’s attention on the central issue you want the nation to help you take action on.   [Read more…]

From the Inequality Media website: Robert Reich takes a take an in-depth look at antitrust laws in the United States and explains how corporate giants have come to dominate the American economy and politics.   [Read more…]

The FCC is voting Thursday on whether to repeal the “Net Neutrality” rule adopted in 2015.

Since its creation, the internet has been an open exchange of ideas and information, free from corporate control and influence. But corporations could soon have tremendous power over what we can access and share online, ending the internet as we know it.

In 2015, the FCC passed a landmark rule that prevents internet service providers from favoring some sites over others – slowing down connections or charging customers a fee for streaming or other services. It gave Americans equal access to all the content that’s available on the internet – videos, social media, e-commerce sites, etc – at the same speeds.   [Read more…]

So, Trump’s tax plan is supposed to be a YUGE tax cut for the middle-class? Yeah, right! Robert Reich lays out the arguments against the kind of tax cut legislation that the current administration is pushing. Policies like these have been tried before and their track record is abysmal. And somehow deficits of upward of $1.5 trillion are no longer a problem? Get real!   [Read more…]

This Thanksgiving – Look to the Stars