You are here: Home / Search for "tortilla's army"

Tortilla’s Army was the spontaneous outgrowth of the ways World War II altered life in Logan Heights and its intersection with the charisma and leadership of  young Manuel “Tortilla” Ojeda.  A favorite game during wartime in Logan Heights was playing army.

By 1942 Tortilla had assembled his troop of kids as young as five and as old as fourteen.  He had pressed into service his younger cousins, neighborhood friends and his younger brother Nando. General Tortilla marched his growing ranks around the neighborhood to protect it and to be prepared to fight.

After the summer of 1942, the participation in Tortilla’s Army slowly died. …   [Read more…]

The Summer of ’42, patriotism and childhood’s end

San Diego in the 1940’s was alive with military action. Newspapers were full of stories about defending the home front, men were training for military duty and bunkers were being built on Point Loma. If my source is correct there is a bunker by Chavez Parkway and Main Street. The men from Logan Heights had left for Europe and the Western Pacific during War War II.

In Logan Heights a favorite game became playing army. Visualize looking across the bay to Coronado. You see ships leaving and preparing to go across the ocean to defend our country. Newspapers and the radio had constant reminders of the dangers of living in a military town on the western side of our country. In this atmosphere Tortilla’s Army was born.   [Read more…] 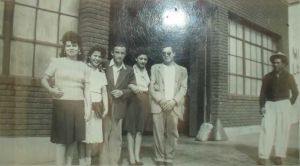 Part II of the Not-so-great Depression and WWII

Part I of this series presented a glimpse of life in Logan Heights during the the Great Depression. The Mexican Repatriation Act resulted in a massive, largely forced return of residents of Mexican descent in the US back to Mexico in the 1930’s. It is estimated that sixty percent of these individuals who returned to Mexico were American citizens. Last week’s article talks about one Logan Heights family that stayed– the Kennistons– and one family that left– the Leybas.

The months leading up to WWII and the declaration of war had a tremendous impact on life in Logan Heights. The radio and the newspaper were constantly focusing not only on the war, but on what could happen in San Diego should the war come to the shores of the United States. San Diego was definitely a Navy town with added patrols on the bay and Quonset huts springing up around various locations, some right in the middle of the barrio.

Several of those interviewed spoke of their mothers crying, knowing that their sons would soon be drafted and be off to fight in foreign places.   [Read more…] 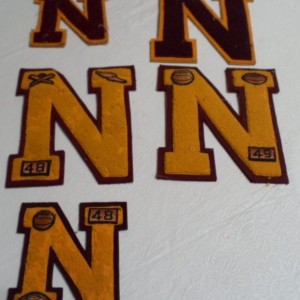 Oscar is now 80 years old and yet his memories of Neighborhood House are as clear as if they had happened yesterday. Like other boys in his age bracket, board games, baseball and basketball and the field trips stand out his memory. He also credits Neighborhood House for being the “baby sitter” for him and his brothers and sisters. Both of his parents worked and Neighborhood House provided a place to spend the day in a safe environment.

U-T Editorial Board Slams DA Stephan, SD Police and SDSU Over Handling of Gang-Rape Case Where No One Is Charged

Masked-Up OBcean on Front Cover of the ‘San Diego Reader’