You are here: Home / Search for "Tulie" 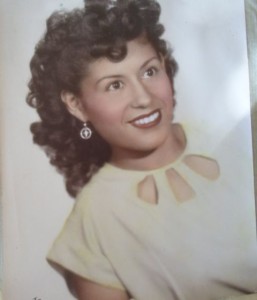 How Neighborhood House helped to nurture an indomitable spirit

Obdulia “Tulie” Trejo is the 91 year old sister of Armida Piña, one of the women who shared her Neighborhood House stories in the article “The Lives of Girls”. Tulie says that she raised her younger sister Armida. She invited me to her home in Chula Vista to show me her many baking trophies and to talk about her own memories of Neighborhood House.

Neighborhood House was a place where Tulie, a bright young girl in the 1930s, could learn and excel.   [Read more…] 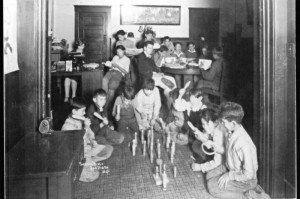 Families in Logan Heights faced grim financial hardship during the 1930’s and early 1940’s. Childhood entertainment and opportunities were limited. Neighborhood House provided classes, programs and outings that are remembered sixty and even seventy years later by the many people that I have interviewed.

While hard economic times affected everyone, there were different societal expectations about what were considered appropriate activities for boys and girls during this time period. Boys participated in the popular sports programs at Neighborhood House. Team members played in other parts of the city and even other parts of the country. Boys were also given a much greater freedom to explore their environs singly or with other boys.

Girls were raised in a socially conservative environment that emphasized marriage and raising a family. Their activities were often restricted or required a chaperone.   [Read more…]