Finally, President Obama has found the balls to stand up to Congress.

He signed an historic agreement regarding climate change with the Chinese. He has taken executive action on immigration that will put 5 million people’s minds at ease, and he would have but didn’t need to veto the Keystone pipeline. He has also taken a stand in favor of internet neutrality.

All of this despite howls of protest from Republicans in Congress. He’s realized the futility of “cooperating” with Congress because they have done nothing but try to intimidate, bully, humiliate and badger him from Day 1 of his administration. He finally realizes that hoping to cooperate with them to “get something done” is a fool’s errand and a wild goose chase.

Instead Obama is proceeding down the road available to him by taking executive action to further his agenda without deigning to ask Congress for their approval. Hooray for him! They have done nothing but disapprove of him since he’s been in office and after awhile it becomes obvious that you don’t ask for approval from someone or someones who disapprove of you no matter what you do. He has extended his hand to them numerous times only to have it slapped down.

And this attitude of disparagement towards Obama has been amplified by the hatemonger talk radio hosts like Rush Limbaugh, Glen Beck and others. As far as impeachment goes, President Obama is effectively saying, “Bring it on.” Let the bloviators and naysayers and bottom feeders scrape together their articles of impeachment. Obama is not letting these guys stand in his way from accomplishing something the last two years of his administration.

Let’s consider for a minute his good work on climate change. He has put in place the first-ever carbon pollution standards for power plants in an effort to reduce the nation’s biggest source of pollution blamed for global warming – carbon emission from power plants. Almost a third of America’s carbon emissions come from electricity generation. A proposed new Environmental Protection Agency rule would reduce such emissions 30% by 2030, compared to the levels in 2005. 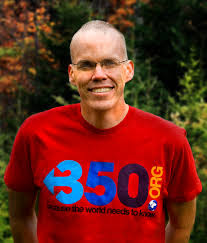 Bill McKibben of 350.org has said there are ten great things about the agreement with the Chinese. Here are five of them:

1) It is historic; for the first time a developing nation has agreed to eventually limit its emissions.

2) Renewable energy is ready to go. It just needs a push from government to surpass fossil fuels in price and efficiency. The Chinese have revolutionized the production of solar energy, driving down the cost of panels by 90% or more in the last decade. They’ll be using clean sources to get 20% of their energy by 2030.

3) Finally, world leaders are taking climate change seriously. When the two largest world economies sign an agreement, other nations will perk up and hopefully fall in line behind them. 4) Recent advances in renewables have made it less plausible to build more pipelines like Keystone or approve new fracking ventures.

4) The goals set by the US/China agreement are easy ones to meet. The Germans will be getting 60% of their energy from clean sources by the mid-2020s  which represents considerably more progress than the 20% expected of the Chinese.

5) Movements work and public pressure on the climate change agendas has had great results so far, but there is much more that needs to be done.

However, this agreement is merely a first step. The International Energy Agency warned in 2012 that “almost four-fifths of the CO2 emissions allowable by 2035 [in order to keep global temperature rise below 2°C] are already locked-in by existing power plants, factories, buildings, etc. If action to reduce CO2 emissions is not taken before 2017, all the allowable CO2 emissions would be locked-in by energy infrastructure existing at that time.”

As for the Keystone pipeline, it would do nothing for American citizens. Its purpose is to transport Canadian tar sands oil, the dirtiest kind of oil, across the whole continental United States to ports in Texas where it would be shipped off to other countries. The number of jobs it would provide would be minimal and temporary.

The Rosebud Sioux have said that approval of the pipeline, which would traverse their tribal lands, would be considered an act of war, and they would fight it tooth and nail. President Cyril Scott of the Rosebud Sioux Tribe said, “Did I declare war on the Keystone XL pipeline? Hell yeah, I did. I pledge my life to stop these people from harming our children and grandchildren and way of life. They will not cross our treaty lands. We have so much to lose here.” Naomi Klein in her new book, This Changes Everything, has placed her hope for fighting climate change in just such efforts which are happening around the world which she calls “Blockadia.”

Blockadia also stretches into multiple hot spots in Canada … For instance, in 2013 … a remarkable standoff was playing out in the province of New Brunswick , on land claimed by the Elsipogtog First Nation, a Mi’kmaq commuinity whose roots in what is now eastern Canada go back some ten thousand years. The people of Elsipogtog were leading a blockade against SWN Resources, the Canadian subsidiary of a Texas-based company, as it tried to conduct seismic testing ahead of a possible fracking operation. The land in question has not been handed over by war or treaty and Canada’s highest court has upheld the Mi’kmaq’s right to continue to access the natural resources of those lands and waters – rights the protesters say would be rendered meaningless if the territory becomes poisoned by fracking toxins.

… for months demonstrators camped near the seismic testing area, blocking roads and equipment as hand drums pounded out traditional songs. On several occasions trucks were prevented from working, and at one point a Mi’kacq woman strapped herself to a pile of seismic testing gear to prevent it from being moved.

When the Royal Canadian Mounted Police moved in and attacked the demonstrators, the rural landscape was turned into a war zone. Elders and children were attacked. Many were arrested including the Chief of the Elsipogtog Nation. Many cop cars were burned by the demonstrators. The Rosebud Sioux promise the same type of response if the Keystone pipeline is ever approved.

As for immigration, Obama is stepping out on this front as well. In his speech November 20, 2014 he outlined the steps he was taking so that five million parents of American citizen children could legally stay in the US.

That’s a lot of people. Congressional Republicans including tortoise visaged Mitch McGoonell and ale-faced John Boner were up in arms. They vowed retaliation including cutting off funding to the Department of Homeland Security, shutting down the government, blocking the confirmation of the president’s nominees and initiating impeachment proceedings against the president.

They are so upset that Obama won’t cooperate with them after proving for six years that they can not be cooperated with. He of the immobile ventriloquist dummy’s countenance said with barely his lips moving, “If President Obama acts in defiance of the people and imposes his will on the country, Congress will act.”

Good luck with that. After rubbing Obama’s nose in it for six years (remember he said it was his job to make sure Obama would fail), I hope Obama rubs his nose in it and accomplishes a lot without any input from the useless and problematic Congress. Whatever they say in their interminable bloviations is just a lot of hot air, sound and fury signifying nothing.