You are here: Home / Archives for Columns / The Dove and the Cockerel 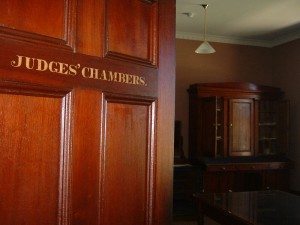 Clarence responded obediently and robotically. His eyes were red and bloodshot. He had been unable to wipe his nose and a sheen of snot covered the space over his upper lip. “What’s going to happen to me?” he asked no one in particular, in a quiet trembling voice.

“That is entirely up to you m’boy. It depends on how well you can pull yourself together here and tell me about your friend in jail last night,” said Charlie in a serious voice.

“The guy you told me about. The one who killed a cop, Clarence,” Susan interrupted.   [Read more…] 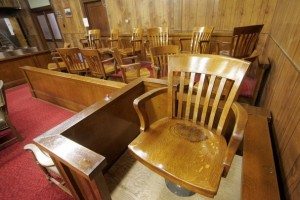 “No, no, don’t!” cried Clarence Taylor, pulling back from the bailiff as two other deputies approached.

Susan withdrew to avoid the gathering melee. This was not the pompous ass with the Gucci penny loafers and cardigans from school. This was a person ready to snap. No, he had snapped, and she was going to distance herself before she got caught in the maelstrom. But it was too late. Clarence had grabbed her waist and had her in a death grip, tearing her blouse, exposing her lace camisole, much to the delight of Kenneth Piedmont and all the other males present. 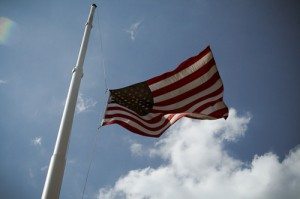 It is a well-known fact in police circles that following the murder of a police officer, enforcement activity goes on overdrive. Woe is be to anyone who does not go along with the program. Police officers are looking for any reason to exact a bit of token revenge for their fallen comrade. Those who have contact with the police on a regular and frequent basis know this too. The normally belligerent, become passive, obedient and condoling. It is not a time to advise an officer knowledge of one’s rights, nor is it time to inform the officer that his or her taxes pay the officer’s salary. With an arsenal of over half a million federal, state and municipal statutes, one can be pretty much be guaranteed at least one statute has been violated by mere existence.

Ah yes, the public at large is in for a rough couple of days. You better be extra nice to us emotional cripples, thought Joe as he pulled into the station parking lot, noting the American flag in front of the station at half-mast.   [Read more…]

Under any circumstance, an evening spent in County Jail’s felony holding tank could never be considered pleasant, regardless of social standing on the outside. Such was the situation of the soon-to-be-former law student Clarence Edward Taylor, Jr., after Pete Castillo had discarded him there several hours earlier.

He was given a pair of saggy jockey shorts, a matching set of loose fitting navy blue pants and shirt and a used pair of flip-flops. The pants had a small drawstring which barely held them on his waist, and the shirt, a pull-over, was emblazoned in white letters across the back bearing COUNTY JAIL — the name of his new home.

For some reason, the Jail staff had forgotten his one telephone call.   [Read more…] 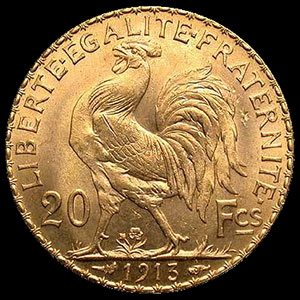 “What did Calvin the Wino see?” asked Joe.

“He, uh…well, he…,” stammered Fitzpatrick before he blurting out, “He believes that Officer Castillo was shot during an attempt on his life. That is Mr. Calvin’s, I mean Mr. Brown’s–that agents of the Central Intelligence Agency have been trying to kill him because of his connections with former members of the K.G.B. and the conspiracy to bring the Soviet Union back as a world power using the current civil unrest between the Bosnian and Croatian governments.”

Waiting for another sarcastic remark from Joe, Fitzpatrick looked skyward.

Instead of sarcasm, Joe just looked at him, nodded thoughtfully and said, “Officer Fitzpatrick, it is always important to listen to what people are saying to you, and not just hear the words. For example, I just asked you what Calvin the Wino saw, and you told me what Calvin the Wino thought was happening. It doesn’t answer my question. Now let’s try it again: Did Calvin the Wino see anything?”   [Read more…] 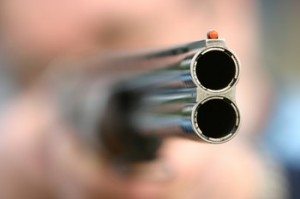 Colin was jerked back from his reminiscing as Joe let out a low whistle. Joe had made his way to the far end of the counter and was now looking down, shaking his head and making quiet “tsk, tsk,” noises. As Colin approached, first the feet and then the legs of the girl came into view. By the time he reached the end of the counter where Joe was standing, he had still not prepared himself for the sight.   [Read more…] 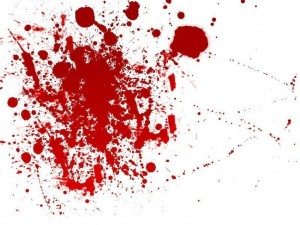 It was Colin who gently lifted back the yellow cover. Standing, he looked down at the lifeless form of Officer Peter Ernesto Castillo. The low morning sun cast a warm red glow over the otherwise dead white complexion of the silent face. Sightless eyes, wide open, surveyed the concrete sidewalk. The jaw and neck were a mass of torn flesh and coagulated blood.

He lay on his left side, his tuffy jacket matted with drying blood. His badge was not visible, but the name tag clearly read, “P.E. Castillo,” underlined by three little stars.Pete’s hand was still clutching the holstered revolver on his right hip. His left leg was tucked under his straight right leg. The white top of the femur and knee cap were visible through the torn fabric of the once tan, now blood soaked, pant leg.

The slight downhill slope of G Street, west toward the bay had caused the flow of blood to pool for the most part behind Pete’s body. Only a small puddle of the blood formed in front of Pete’s face.

As Colin looked on, he had trouble believing this had been Pete Castillo. The same Pete Castillo who had dispensed pearls of wisdom to Colin when he was a neophyte on the street. About driving, Pete had told him, “To survive, never backup, never turn left and if you get in an accident, admit to nothing.” Colin recalled taking a crime report from one of the street people in the Heights and Pete remarking, “Today’s victims are tomorrow’s suspect.”   [Read more…] 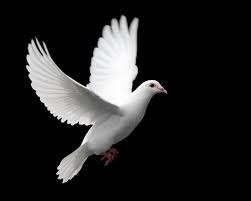 Colin had noticed the blood on Maxine’s hands and uniform. From the knees down to her boots were covered. He decided not to ask why she hadn’t started CPR.

“I went in the store, just to make sure there was no one waiting for me to turn my back,” Maxine stopped, gathering her thoughts and holding herself together for moment. “It’s a massacre in there.”

“What did you find?” asked Colin, encouraging her to continue.

“Nobody alive, that’s for sure,” said Maxine, looking toward the shop. “There’s a girl, what’s left of her, in the front part. Her head’s practically hacked off. There’s a machete next to her.”   [Read more…] 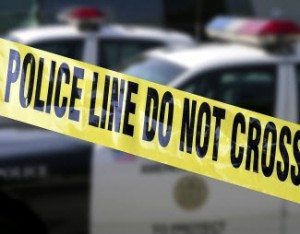 Colin took the Tenth Avenue exit, heading into Downtown, south past Broadway. He came to a stop at Tenth and G Street. Looking west, he saw at least twenty police cars barricading G Street — four about mid-block, six at the intersection with Seventh Avenue, the remainder at the intersection with Eighth Avenue. All but two or three of the units had the red, blue and amber overhead lights activated, bouncing colors off the windows and walls of the surrounding buildings; something akin to an outdoor disco. 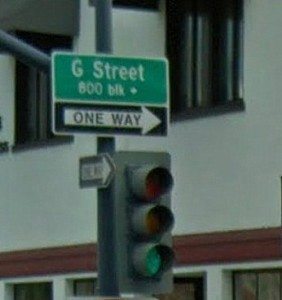 The chirping of his pager awakened him from a deep and peaceful sleep. In his dream state, the incessant beep, beep, beep was not, however, a pager, but a smoke detector alerting him to the fire, now all around him in his dream.

Damn it. What a time to be buck-naked with Sister Carol Anne, and why the Hell is she more interested in a recipe for salmon mousse than getting out of this burning walk in closet? were his dreamy, half-awake thoughts.

His mind pulled him up to a conscious state. Awake now, he realized it was the pager which had triggered a rather bizarre set of images, now mere fragmented memories.

“I should really see a shrink,” he muttered to himself.   [Read more…] 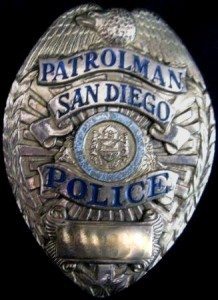 A Novel by Steve Burns

Editor’s note: Steve Burns is a former cop for the San Diego Police Department and first introduced himself to the Free Press as a Sex in San Diego contributor. His 32-chapter novel, The Dove and the Cockerel, is set in the late 80s and takes place over the 72-hour period of an investigation of two murders. A new chapter will be published every Saturday.

Nothing can convey the impression of that overwhelming darkness. It was not just the absence of sunlight, for the sun had never touched this spot. The top of a mountain, the middle of a desert have their stars, wind, dawn, their feel of space. Here was nothingness. Eternity passes our comprehension, but in that forgotten pit I think I had a flash of what it might be like …. Then as I climbed higher I heard the faint rat-tat-tat of a drill machine. Above me and off in a side tunnel, men were working. I scrambled on; the sense of mystery fell away, and my pit became what it properly was — a hole in the ground. Even so, I climbed out of it a little wiser than I had been. I doubt me now if there is any such a thing as complete self-sufficiency. Wherever we go, whatever we do, we travel with the inbred knowledge that somewhere others of our kind are waiting. Were it not so, we would lack the courage to travel at all, and hell is a place where man is alone. — One Man’s West by David Lavender

Man is born crying. When he finishes crying, he dies. The Fool, from Akira Kurosawa’s film Ram