You are here: Home / Archives for Economy 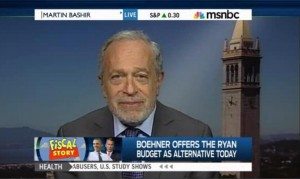 The “fiscal cliff” is a a metaphor for a government that no longer responds to the biggest challenges we face because it’s paralyzed by intransigent Republicans, obsessed by the federal budget deficit, and overwhelmed by big money from corporations, Wall Street, and billionaires.

If we had a functional government America would address three “cliffs” posing far larger dangers to us than the fiscal one:

Between 2007 and 2011, the percentage of American school-age children living in poor households grew from 17 to 21%. Last year, according to the Agriculture Department, nearly 1 in 4 young children lived in a family that had difficulty affording sufficient food at some point in the year.

Yet federal programs to help children and lower-income families – food stamps, aid for poor school districts, Pell grants, child health care, child nutrition, pre- and post-natal care, and Medicaid – are being targeted by the Republican right. Over 60 percent of the cuts in the GOP’s most recent budget came out of these programs.

Even if these programs are preserved, they don’t go nearly far enough. But the Obama Administration doesn’t talk about reducing poverty in America. It talks only about preserving the middle class.   [Read more…] 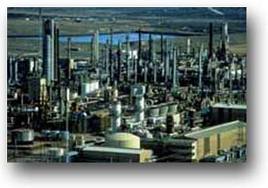 Who would want two companies, Tesoro and Chevron, to control more than half of California’s gasoline market? Only people, like oil company executives, who think paying five dollars a gallon should be the new normal.

That could happen, though, if a deal goes through for Tesoro to buy BP’s refinery in Carson and its low-cost Arco brand. In California, the ninth largest economy in the world, gasoline refineries have shrunk from 32 in the mid-1980s to just 14, owned by only a handful of companies. The more consolidated a market, the more tempting it is to make more money by producing and selling less gasoline. California’s gasoline market is so consolidated that it is now geared to shortages and scarcity, which is why a few refinery outages and some scheduled refinery maintenance can cause a price spike of the sort you should only see in the wake of a real disaster.   [Read more…]