You are here: Home / Archives for Escondido

By the time the documentary film Blackfish opens on Friday (Hillcrest/ Landmark Theatres) the SeaWorld public relations campaign should be reaching a crescendo. The way I look at it, any film that provokes this kind of backlash prior to its release is worth checking out.

The questions raised in the movie, which builds a narrative about the captivity of orcas (also known as killer whales) around the death in 2010 of SeaWorld trainer Dawn Brancheau, cut deeply into the wholesome public image that the mega chain of water /oceanariums /marine mammal parks seeks to promote.

While spokespeople with SeaWorld refused to cooperate in any way with Gabriela Cowperthwaite during filming, the resulting film is, by all accounts (including SeaWorld’s) a disturbing look at the living conditions of the nearly half of the world’s orcas in captivity owned by the company.   [Read more…] 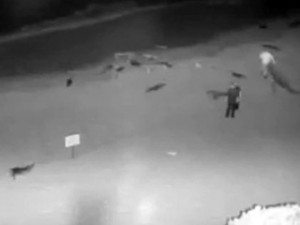 That’s right. A group calling itself Friends of the Children’s Pool has denounced Mayor Filner’s decision to restrict nighttime access to the La Jolla Beach for the duration of seal pupping season, which ends May 15. They even staged acts of civil disobedience Wednesday night when a dozen ‘supporters of beach access’ showed up and crossed the rope barrier. One individual received a citation for refusing to leave after sunset.

The Mayor’s decision to issue an emergency order to close the beach came in the wake a video that “captured people breaching the rope barrier at night, kicking, punching and sitting on top of the mother seals and their pups, and driving them from their resting places.”

“The behavior was shocking, reprehensible and certainly not a reflection of how most citizens in our fine City believe animals should be treated,” said Mayor Filner.

His actions drew an immediate response, via an unsigned opinion piece published in the La Jolla Patch on Wednesday   [Read more…] 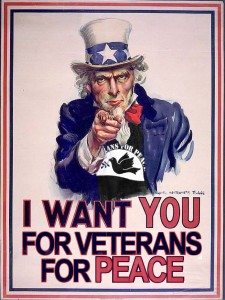 When my husband was alive, he belonged to a wonderful organization entitled “Veteran’s for Peace.” As the title suggests, the group was made up of veteran’s from many “conflicts” and they all had one purpose – “Peace.”

Although not a member myself, I am still on the VFP mailing list and received this message today that I would like to share with you. The world for veterans today is so bleak; the feelings about the homeless population is shameful in so many areas that this report may shed a light on what is happening in our world today.   [Read more…] 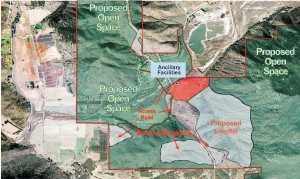 A public hearing is being held today – Thursday, Jan. 31 – at 6pm on the Gregory Canyon Landfill, and it will be at the California Center for the Arts in Escondido.

The site proposed Gregory Canyon Landfill would negatively impact a sacred site of the Luiseño tribes of Pala Indians. San Diego County’s environmental impact report for the landfill admits that these impacts cannot be fixed. The proposed landfill site is also on a natural aquifer and near the San Luis Rey River, both important sources of drinking water for North County.

Landfills are an outdated way of handling waste. With higher recycling rates than ever and improved waste reduction strategies, the county does not need another place to bury its trash.

The hearing is at the California Center for the Arts, at 340 North Escondido Blvd. in Escondido.   [Read more…] 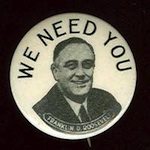 Challenged by a local activist at the District 4 inaugural party on Monday night to make fighting poverty a priority in his administration, newly elected Mayor Bob Filner responded by quoting President Franklin Roosevelt’s rejoinder to activists in the early days of the New Deal: “I agree with you, now make me do it.”

And that’s exactly what the Center for Policy Initiatives (CPI) is doing. They’ve launched a letter writing campaign seeking to gather 500 letters over the next week urging the Mayor to make poverty a priority in San Diego. 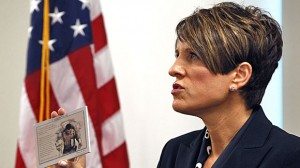 It all started with “a staff member” from Carl DeMaio’s mayoral campaign leaking an email from U.S. Attorney Laura Duffy, who was unhappy with Congressman Bob Filner for lashing out in response to attacks by the City Councilman, who had just re-stated his oft disproved claims about Filner’s pension.

This ‘leak’ was to be yet another salvo in a last ditch campaign to portray Filner as too unreasonable and hostile to be Mayor of San Diego. Instead, it’s blown up in his face. Questions about whether Duffy was in violation of the Hatch Act, which restricts the activities of government employees in partisan political campaigns, are now at the forefront of the controversy.

Now this action by the DeMaio campaign has led to calls for the U.S. Attorney to resign and a review of her actions by Justice Department officials   [Read more…] 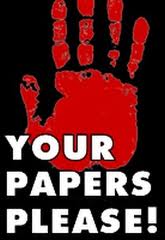 Politics inside the City of Escondido continue to confuse and confound outsiders. But we know several things: 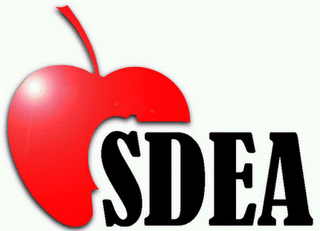 A caucus within the San Diego Education Association (SDEA), the union that represents teachers within the San Diego Unified School District, is calling for the immediate resignation of labor leader Bill Freeman and five other board members. This morning’s announcement, made via an internet newsletter, called upon union members to circulate and sign recall petitions aimed at forcing a change in the SDEA leadership. 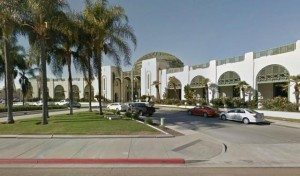 ACLU Opens up Office to Educate and Mobilize Latino Voters

This Friday, September 7th, up in northern San Diego County in the City of Escondido, there will be a ribbon-cutting celebration of the opening of a pedestrian plaza. At this event welcoming the Maple Street Pedestrian Plaza, there will be musical entertainment and the official crowning of the King and Queen of the Grape Day Festival.

On the City’s official website, the new Plaza is advertised as:

“a destination for people of all ages to sit and relax, visit local businesses or engage with members of the community in a vibrant public space.”

It’s interesting that city officials are pushing the plaza as a “vibrant public space” because the whole issue of public space – and free speech – within the City of Escondido has become a contentious one recently, as Mexican-American advocacy organizations and other groups are finding it tough to actually get to use that very public space so glorified in this official ad.   [Read more…] 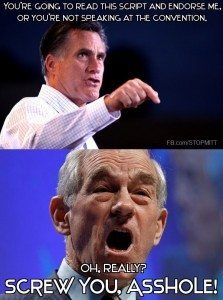 The “We Can Do Better” theme that Republicans had planned for day one of their National Convention in Tampa Bay has been set aside, usurped by a hurricane named Isaac, ten thousand raucous Ron Paul supporters, a thousand social conservatives, a couple hundred Occupy demonstrators and one former Florida governor who’s decided to break ranks with the GOP.  The deluxe $2.5 million stage, which was supposed to frame the highly choreographed ascension of Republican wonderfulness starting today will sit dark. 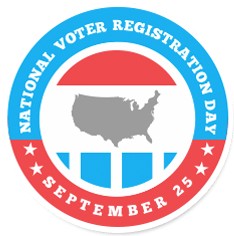 Here’s an example of too much government... San Diego’s ACLU chapter is challenging an Escondido ordinance that requires citizens to give the City two months advance notice in order to receive a permit for a special event. The group became aware of problems with the North County city’s permitting policies when they applied for a permit to hold voter registration and get-out-the-vote event at the Grape Day Park on September 25, 2012, to coincide with National Voter Registration Day. A city staff member told the San Diego ACLU that the event would require at least 60 days advance notice, and declined to accept the application.

A press release issued by the ACLU asserts that “Escondido’s ordinance represents an illegal prior restraint, pitting the public’s right to protected expression against the government’s power to approve or disapprove an application. On a number of fronts, the city’s current ordinance violates First Amendment protections…” The group is currently negotiating with the Escondido city attorney’s office, but indicates that litigation remains an option if necessary.   [Read more…]