;
You are here: Home / Archives for Little Saigon 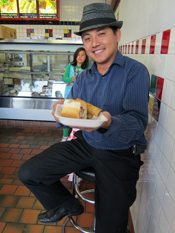 Since the end of the Vietnam War, many Vietnamese families began settling in San Diego. In City Heights, families were welcomed with settlement programs, which is why there is a large cluster of family-owned Vietnamese businesses along El Cajon Boulevard.

A Chau, which means Of the Orient, has had their stake in this community since 1986. A Chau was first at 54th and University, but when it was time to expand, they moved to El Cajon Boulevard at Menlo Avenue. This is in the center of what today is being branded as the Little Saigon district.

When the Nguyen family first arrived in San Diego, Hoa, the mother of the family, had a dream of owning her own business. She refined her skills in Vietnamese cooking, particularly on a selection of meats such as ham, head cheese and pâté, traditionally suited for the Vietnamese sandwich known as banh mi.   [Read more…]

Today’s round up of the news starts with public education. And one of the ways the English language gets mauled by those who have an aversion to the ‘public’ part of it.

The San Diego Unified School District Board of Trustees approved a proposal yesterday to incorporate meatless Mondays into its cafeteria menus for elementary and K-8 schools for the coming school year.

This isn’t some radical notion. The concept started a decade ago, as an initiative backed by the Johns Hopkins Bloomberg School of Public Health.  A report by the American Meat Institute in February 2011 found that 18% of American households now participate in Meatless Mondays. Oprah’s endorsed it. School districts in Los Angeles, Baltimore, Oakland and Arlington, Virginia all participate.

Note that the SDUSD policy doesn’t prohibit bringing a baloney and ketchup sandwich (a high school favorite of mine) from home, so if a student wants animal protein they can have it. 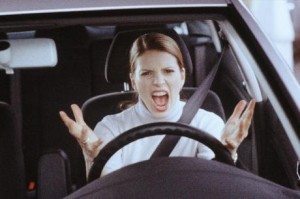 The Equinox Center, a local think tank focusing on quality of life issues, is expected to release its 2013 Quality of Life Dashboard report for the region on Thursday, January, 17th. A sneak peak at this year’s findings, first reported by Michael Chen of 10News, gives a glimpse into the realities of San Diego from behind the wheel.

The Sustainable San Diego Blog reports on their findings:

**On average we travel more miles every day than the average Californian.

(San Diego numbers remain higher than Los Angeles County’s, at an average of 12.8 miles per day compared to 10.7 in LA.  More residents of LA take public transit (6.2%) to commute to work compared to San Diego (3.0%)).