You are here: Home / Archives for University City 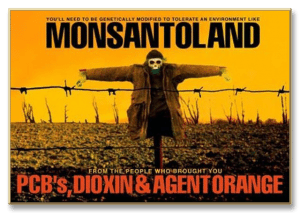 Rats fed a lifetime diet of Monsanto’s genetically modified corn or exposed Roundup, its best selling weed killer, suffered from mammary tumors, kidney and liver damage and other serious illnesses in the first ever peer-reviewed, long-term animal study of these foods. At a press conference in London, researchers said 50 percent of male rats exposed to GMO corn and 70 percent of females died prematurely, compared with only 30 percent and 20 percent in the control group. The findings were published Tuesday in the journal Food and Chemical Toxicology.

The study was hailed by proponents of Proposition 37, a California ballot measure requiring the labeling of genetically engineered foods. Gary Ruskin, campaign manager for the California Right to Know group released a statement saying:

“The results of this study are worrying.  They underscore the importance of giving California families the right to know whether our food is genetically engineered, and to decide for ourselves whether we want to gamble with our health by eating GMO foods that have not been adequately studied and have not been proven safe. By requiring simple labels on genetically engineered foods, Proposition 37 gives Californians the ability to choose whether to expose ourselves and our families to any potential health risks.  The right to know is fundamental, and that’s why 50 countries around the world have already enacted labeling requirements for genetically engineered food.”

Proponents of GMO labeling have long insisted that biotech companies control and suppress research, and frequently cite a Scientific American editorial to back up their case.  While numerous short-term peer-reviewed animal studies  have link GMOs to adverse health effects, this study is the first long-term animal feeding study that is publicly available.   [Read more…] 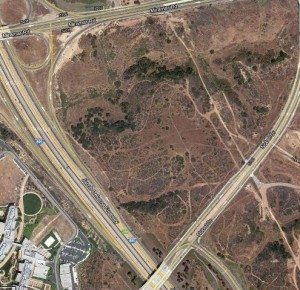 Our problem has not been solved, it has merely gone underground. We have a City and a Mayor’s Office that seems determined to shoehorn an 800 megawatt industrial power plant directly amidst our schools, parks, shopping centers, churches, and densely populated neighborhoods. Any government that would, by design and intent, bring such an abomination to our homes is dangerous and ill intended.
[Read more…]

According to a KPBS post today, June 25th, Capital Power is withdrawing its request to the City of San Diego to build a power plant in University City on Pueblo lands. They will not be appearing before the Rules Committee tomorrow, Tuesday June 26th as expected. Councilwoman Sherri Lightner told KPBS that she believed there were not enough votes to get the request on the November ballot. Capital Power hasn’t given up on the project. They will begin a public relations campaign in the future.   [Read more…]

What happens when you combine strong mayor Jerry Sanders with a Canadian firm’s desire to build an 800 MW gas-fired power plant in San Diego? You get a secret plan that is being fast tracked through the City Council with the intent of a November ballot measure to enable passage. You also get “business as usual” at City Hall. Hear more about the proposal and what you can do on Monday, June 25, 6pm at the University Community Planning Group meeting, Forum Hall, UTC Mall (above Wells Fargo Bank).

Matt Potter at the San Diego Reader describes how a power giant from Edmonton, Canada received approval to fund a San Diego campaign finance committee through it’s wholly owned American subsidiary, Capital Power US Holdings. A new plant would require the approval of city voters through a ballot measure. Capital Power US Holdings will provide the grease to support the passage of the measure and the question is whether there is enough grease to get it on the November 2012 ballot and whether the citizens will get wise to what’s going on.   [Read more…]

Meet the Ocean Beach Planning Board