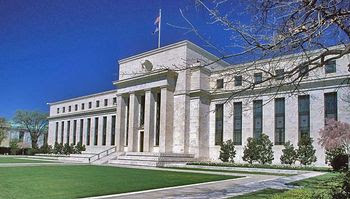 The Fed doesn’t actually “print” money in the sense of ink on paper hundred dollar bills. But what it can do is create money with a few keystrokes on a computer.

Money so created is called “fiat money” since it’s not backed by gold or anything else. The Fed currently prints the money to purchase $40 billion in mortgage backed securities and $45 billion in government bonds each month. The rationale for doing this is that it keeps interest rates low which is thought to be necessary to keep the economy humming.

The Fed’s massive QE program was ostensibly designed to lower mortgage interest rates, stimulating the economy. And rates have indeed been lowered – for banks. But the form of QE the Fed has engaged in – creating money on a computer screen and trading it for assets on bank balance sheets – has not delivered money where it needs to go: into the pockets of consumers, who create the demand that drives the real economy.

Low interest rates will certainly stimulate the economy in the sense that they will encourage the sale of cars and houses, both of which are usually done by borrowing money at interest. So the Fed’s policies are all about generating economic activity by creating more debt for average Americans and this results in bigger profits for Wall Street.

The Fed’s QE policy means that the Fed buys government bonds and mortgage-backed securities from private investors – mainly the big Wall Street banks – and then credits the accounts of those banks with the cash. In return the Fed takes possession of the bond or security it has just bought which is just added to the Fed’s balance sheet.

Now if the Fed sells that bond back into the market or redeems it from the government, it would get the cash that it had created back and could just extinguish it by a few more keystrokes on the computer. At that point the money that had previously been created will have been destroyed and would be subtracted from the Fed’s balance sheet. So in that long run scenario the Fed would not have “printed” or created any money at all except on a temporaray basis.

The rub is that the Fed may never remove that money from its balance sheet. It certainly hasn’t done so thus far. The Fed has been buying bonds since early 2009. During that time its balance sheet has increased from $900 billion to over $4 trillion today. 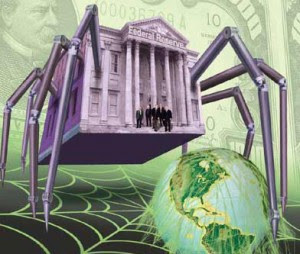 A secondary effect of keeping interest rates low is that it lowers the Federal government’s interest payments on its gargantuan Federal debt.

That tends to neutralize the issue of government spending and deficits as a political issue. The Fed has also been buying the bonds being sold by the US government to finance its deficit. This is considered a Ponzi scheme by some writers as the Fed buys up government deficits and in effect disappears them making sure that bond redeemers always get paid. Bernie Madoff went to jail for doing the same thing except Bernie could not create money with a few keystrokes on a computer like the Fed can.

The negative side of low interest rates is that it hurts savers. Saving accounts produce hardly any interest so there is not much incentive to save. There is, therefore, an incentive to invest in the stock market which has risen dramatically and basically has become a bubble similar to the rapid increase in home values prior to the Great Recession of 2008. When that bubble burst, home values fell precipitously.

So what is the other negative aspect of the Fed’s QE policy? All that money the Fed is creating or printing, if you will, is pooling in the financial system mainly among rich investors. It is not going into the real economy or into the average person’s pocket. If that money were injected into the real economy, it could be used for rebuilding, repairing and building new infrastructure, for example, which would create jobs.

Instead the Fed’s idea of creating jobs is to keep interest rates low so that more cars and houses will be built and sold. The jobs created will be mainly for car salesmen and real estate salespersons as well as construction crews and assembly line workers.

Money pooling in the financial system and not entering the real economy has only an indirect effect on economic growth, and has the primary purpose of making rich people, especially bankers, richer. This is thought to be a good thing in that it shores up bank reserves which were drastically depleted due to the casino operations leading up to the Great Recession when the banks collapsed not essentially because they had little in the way of reserves but primarily because they had run up their gambling debts to excessive levels with nothing to back them up.

So what will the Fed do now? It may never be able to reduce its balance sheet by either redeeming government bonds or selling them into the market because that would raise interest rates and drive up the amount the Federal government would have to pay in interest on its debt. At that point paying interest on the debt might take up the entire or almost the entire Federal budget.

In addition raising interest rates would put a damper on economic activity in the form of discouraging people from purchasing cars, houses and other consumer items. Since consumption is 70% of GDP, this could lead to a recession. This would again place the big banks in jeopardy because, as economic activity diminishes, interest payments to the banks – a big part of their income – will go down, and this will add to the downward spiral which could produce Great Recession, Part 2.

Therefore, the government bonds and mortgage-backed securities that the Fed is taking on its balance sheet via their money printing operations may never be redeemed or sold and may have effectively disappeared into a black hole as the Fed’s balance sheet continues to increase. The Fed may be stuck printing money ad infinitum and subsidizing the banks at the expense of the average American in perpetuity. 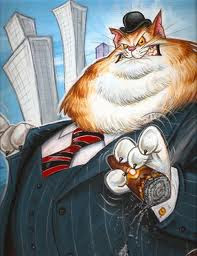 As the Fed continues to subsidize the big banks with money pooling at the upper end of the income spectrum, inequality increases in American society. The Fed policy of QE is a policy designed to increase inequality as the price to be paid to keep the economy rolling. The price of increased economic activity and rising GDP is the further indebtedness of the American people as they buy cars, houses and other consumer items with borrowed money.

The Fed, which is not publicly owned, functions to improve the financial prospects of the Wall Street banks which are its real owners. (They actually own most of the stock in the Federal Reserve.) Is it any wonder then that the Fed’s policies primarily serve the interests of its owners – the big Wall Street banks? A truly public central bank, one owned by the people of the US, could have the same function of increasing the money supply as needed, but it might do so by using the fiat money so created to more directly benefit the American people.

Germany tried “abnormal” money printing in the early 1920s after WW 1 and the result was hyperinflation, collapse of the German economy, and the rise of Hitler. The same might happen in the US if hyperinflation were to start taking place while the Fed is stuck in handing out money to the big banks in order to keep them afloat.

To fight hyperinflation the Fed would have to raise interest rates and this might bring the US economy to a grinding halt. The policy of reducing the amount of QE on a monthly basis is called “tapering.” This doesn’t mean that the Fed is selling off the government bonds or mortgage backed securities on its balance sheet, just buying less of them than they had previously. The Fed will still be adding billions to its balance sheet every month. Inflation is the only thing that will force the Fed to reduce its balance sheet. Otherwise, it could disappear government deficits and bank owned mortgage backed securities into its black hole indefinitely.

If the Fed starts to taper, the big boys at the Big Banks might take this as a signal to short the stock market, and this might cause the stock market bubble to burst as stock values are driven down. The average non sophisticated 401k investor would probably panic and sell on the dip losing the value of his or her retirement savings as the Wall Street guys make a killing.

When the market reaches its lowest ebb, the Big Guys will start buying again driving the market back up. After the market rallies sufficiently, the average guy will work up the courage to get back in with his 401k, having lost a ton of money selling on the dip and buying on the rally, just the opposite of what sophisticated investors do.

Concomitantly, the Fed will probably reintroduce its policy of QE in order to stabilize the economy, and it might have to admit that this policy will continue indefinitely or even ad infinitum. The denouement is that the rich will have gotten richer while the middle class will have been reduced to penury, just the same tendency as happened after the recession of 2008.

This debt-based, Wall Street centric, unstable economy known as US capitalism could be changed by replacing the privately owned Federal Reserve with a publicly owned central bank that created and extinguished fiat money. This would more directly benefit the American people, and serve the needs of the real economy rather than being an effort to stabilize and profit Wall Street banks. Rather than providing jobs indirectly only if more debt for the American people is created, a public central bank could inject money as needed directly into the real economy creating jobs in the process and building wealth for the average American while reducing inequality.

Living in Harmony Is But a Dream

The Joy of Buying a New Mattress