You are here: Home / Archives for Columns / Editor's Picks

The Poet as Witness

During the 1950’s Philip Levine was working in Detroit auto plants and writing poetry. In an interview at that time in Detroit Magazine he described how he found his compelling subject material. “I saw that the people that I was working with…were voiceless in a way. In terms of the literature of the United States they weren’t being heard. Nobody was speaking for them. And as young people will, you know, I took this foolish vow that I would speak for them and that’s what my life would be. …I just hope that I have the strength to carry it all the way through.”

They Feed They Lion was written in 1968, when Levine returned to Detroit following the race riots of 1967. It is one of his finest poems, reflecting the degree to which he found “the strength to carry it all the way through.” The poem is merciless in its judgements and propelled by the rhythmic insistence of the language itself.   [Read more…] 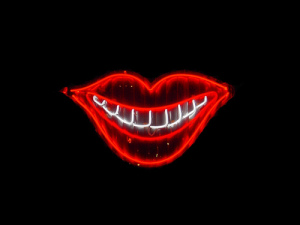 This holiday season has been like a dream, one nice moment after another, filled with tamales and smiles.

On the day before Christmas Eve I steered my Murano to Casa Contenta Norte, the name my sidekick, Maria, and I call her house (mine is Casa Contenta Central and her house in Zihuatanejo is Casa Contenta Sur) – and suddenly I was in the midst of extended families and friends making just about every kind of tamal that can be made, by the thousands it seemed – while in the background an iPad played Christmas songs displayed dramatically in R&B style: “I-I-I am dreamin’ of a white, doop doop doop doop doop, Christmas”… the Temptations bumping “Little Drummer Boy” with a Motown sound, making you want to get down… all smiles, no frowns…   [Read more…] 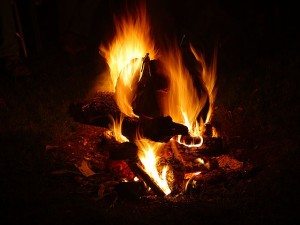 In William Carlos Williams’s famous poem “Burning the Christmas Greens” he notes how at “the thick of the dark moment” in “winter’s midnight” we turn to the trees because “green is a solace” that we use to “fill our need.” Thus the “living green” along with “paper Christmas bells covered with tinfoil and fastened by red ribbons” seem “gentle and good to us.” But then when their time is past we feel the relief as we clear our rooms and assign the greens to the fireplace and “in the jagged flames green to red, instant and alive.” And we stand “breathless to be witnesses as if we stood ourselves refreshed among the shining fauna of that fire.”

Merry Xmas to all and to all the Good Fight!

It was the week before Christmas
and all through the house
there wasn’t a sound
‘cept for that damn mouse.

Then out in the garden
there arose such a clatter,
I shuffled out in my bathrobe
to see what was the matter!   [Read more…]

Chicano Park exists in Barrio Logan because of the construction of the San Diego-Coronado Bridge and the loss of property and displacement of lives that it caused. The community responded in a powerful, unique way. Residents couldn’t stop the construction, but they did lay claim to the land beneath the immense concrete pillars that enabled travelers above to make their way across the Coronado Bridge, oblivious to the transformation occurring below them. The land that was being readied for a California Highway Patrol substation was re-claimed as a long promised park. The reclamation began as a twelve day occupation that involved hundreds of people.

City Heights was likewise changed forever when eight city blocks along 40th Street- people’s homes and businesses–were scoured from the face of the earth in the early 1990’s to make way for the last connecting link of I-15, which extends from Canada to Mexico. City Heights would become a scorched earth community divided by an enormous ditch in keeping with Caltrans signature construction style.   [Read more…] 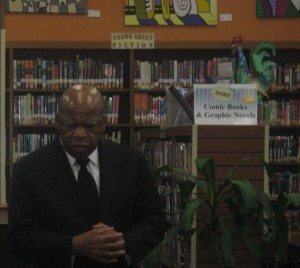 Editor Note: Congressman John Lewis told Chuck Todd in a recent interview that he did not see Trump as a legitimate president and that he would not attend the inauguration. Congressman Lewis brings the voice of moral authority and courage to his decision. The following is an article from the SDFP archives published on March 2, 2014.

On Saturday March 1, Congressman John Lewis received the National Conflict Resolution Center (NCRC) Peacemaker award for his outstanding work as a civil rights champion and inspiring congressional leader. The reception, dinner and award ceremony were held at the Hilton La Jolla Torrey Pines. I did not attend, but there is no doubt in my mind that the guests were moved by his powerful oratory as he embraced another opportunity at that event to promote non-violent action as the only democratic remedy and response to injustice in the world.

Earlier in the day, Congressman John Lewis entered the Oak Park Public Library and became Storyteller John Lewis. In the intimacy of this small library, Lewis was clearly in his element. The Oak Park Library has no meeting room. Over eighty people sat and stood in the heart of this library surrounded by computers and book stacks. We sang This Little Light of Mine, lead by Lisa Sanders followed by a brief, heartfelt introduction from 4th district Councilwoman Myrtle Cole, the first African American woman on the city council.

In this place, Congressman Lewis unhurriedly and deftly wove the personal details of his own life, about how he grew up in rural Alabama on a farm in the segregationist south. We were immediately drawn into the storyteller’s enchanted circle.
[Read more…]

Editor Note: This article was originally published on March 15, 2016. The effort to erode women’s reproductive rights and access to health services here in San Diego was one of the under-reported stories of 2016.

The County of San Diego and the City of El Cajon are considering a proposed settlement with anti-choice crisis pregnancy centers, amounting to a pledge not enforce the Reproductive FACT Act.

In response, local pro-choice activists are presenting El Cajon City Attorney Morgan Foley and San Diego County Counsel Thomas Montgomery with petitions signed by 25,000 Californians urging them to enforce the letter and the spirit of the law.

NARAL Pro-Choice California, UltraViolet and Courage Campaign have been gathering signatures since the anti-choice organizations offered to remove local authorities as named defendants in lawsuits if they agree not to apply the law.   [Read more…]

It’s going to be literally one crazy, anti-Trump day in downtown San Diego on Friday, May 27th. So much is going on that it boggles the mind to try to imagine everything.

First, of course, Donald Trump is arriving at the San Diego Convention Center to speak to his throngs around 2pm. And coming out to see and hear him, of course, will be probably thousands of ticket-holders. There will be long lines of them snaking around the Convention Center – which undoubtedly will be off-limits to protesters. Except those protesters in line with tickets.

Second, there will be thousands of protesters coming out to demonstrate against Trump and all that he stands for.   [Read more…]

So, once it’s announced that the presumptive Republican Presidential nominee is coming to town, a coalition has already began organizing a counter-protest. The same if Trump waits to visit San Diego until after he is nominated, San Diegans are getting ready now.   [Read more…]

Expanding Nuclear Power to Fight Climate Change Would Be Insanity