The Hanalei Hotel in San Diego was the scene for a dinner meeting of the Long Beach based Christian Anti-Communist Crusade on Friday April 18. Fred Schwarz, President of tie Crusade, delivered a speech on “one of the world’s leading destructive revolutionaries,” Herbert Marcuse. 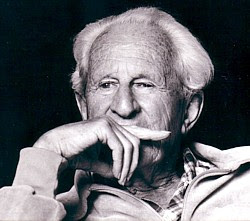 In his invitational letter, Schwarz had promised to cover such topics as the “biological details of the life of Marcuse.” Indeed, it was an enormous let-down when he rehashed the biographical details instead.

Schwarz admitted that he had undertaken the “onerous task”of reading all the books Marcuse has written.

Schwarz acknowledged that Marcuse was warm and friendly, but admonished the audience not to be taken in by the gentleman’s personal charm. “I am not attacking the personality of Marcuse; I am analyzing his writings so we might get some picture of what might happen if he were in a position of authority over the community.”

Schwarz noted that, despite his being a Marxist, Marcuse has had considerable success in the capitalist economic system. He pointed out that, whereas Marcuse’s Essay on Liberation which contains 91 pages sells for $1.95, his own book, You Can Trust Communists to be Communists, contains twice as many pages and sells for only 50 cents. Do we detect the law of supply and demand at work?

The main point that Schwarz attempted to prove was that not only was Marcuse a Marxist, but he was also a Leninist. Dr. Schwarz elaborated on this distinction by lecturing that “all communists are Marxists but all Marxists are not communists” just as “all cats are animals but all animals are not cats. Communism is the Leninist species of the Marxist family,” he said.

Schwarz noted that Marcuse advocated negative thinking, but the audience shouldn’t be fooled into thinking that Marcuse was simply the mirror image of Norman Vincent Peale.

Schwarz discussed Marcuse’s use of the Hegelian dialectic and observed that Marcuse was “a master of paradox and double-talk, and he can always get out of it by the dialectic if you catch him in a contradiction.”

Schwarz contended that socialism was a system in which “everybody works because they love to work” and “everybody gives because it is better to give than to receive.”

He concluded that Marcuse was obviously a Marxist-Leninist because “he believes in the dictatorship of the proletariat.”

Schwarz went on to say that “the genius of Marcuse is his understanding of human nature that people prefer pleasure to self-discipline and indulgence to hard work.” Schwarz observed, “There is only one reason to be a revolutionary: because it’s enjoyable, the only way to live. It’s fun.”

Schwarz also discussed Marcuse’s notions of violence, tolerance and art. “I say the art of Walt Disney is better than 1000 modern artists any day and you can call me a square if you want.”

“I’ll be happy to debate Marcuse at UCSD if it can be arranged,” Schwarz asserted.