You are here: Home / Archives for Alejandra Enciso Guzmán 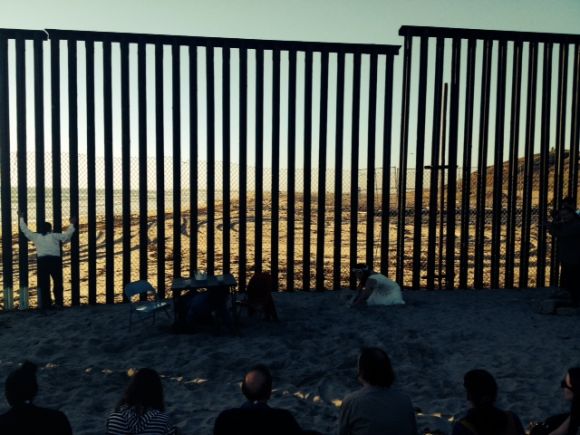 Tijuana and San Diego unite the border through theater

On Wednesday June 18th, more than one hundred people from different cities all over the United States crossed the border to Tijuana to discuss one thing: Theater. It was truly a historic moment. It had been years since the city of Tijuana had such a happening due to its violent chapters (which have since passed) and the bad and very widespread publicity that accompanied that time. People from San Diego just stopped crossing the border.

In November 2012 when the idea came about to organize a leg of the National American Theatre conference in Tijuana, it seemed to me that people were talking in a dead language. I was familiar with the mission of the Theatre Communications Group. It just was not as clear to me whether its reach could extend to the city of Tijuana and the rich cultural activity there.   [Read more…] 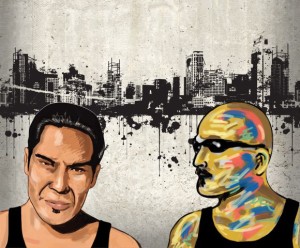 The Without Walls (WoW) Festival is site specific theater held at different venues throughout San Diego. The La Jolla Playhouse showcased this program in October of last year to great critical acclaim. “While the central idea of Without Walls is about exploring new theatrical forms by moving beyond the traditional four walls of a theater, we’ve found over the past several years that WoW is just as much about collaboration,” said Playhouse Artistic Director Christopher Ashley.

The latest WoW production is El Henry, an adaptation of Shakespeare’s Henry IV, Part One, written by and starring Culture Clash’s Herbert Siguenza. Siguenza describes his artistic approach, saying “The original play is about the king and queen of England, my adaptation is about California in the future, the year 2045. I imagined that by that time, California will be in its majority Latino. So, all the characters in this play are Chicano and Latino.”
[Read more…] 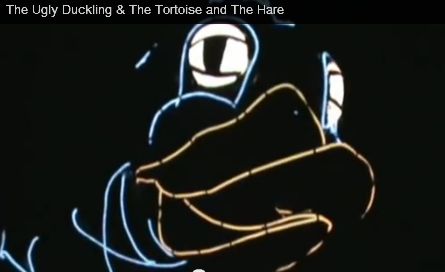 California, get your kids ready for a unique opportunity when two timeless tales come to the stage at Segerstrom Center for the Arts in Costa Mesa. On May 17 and 18 Lightwire Theater (New Orleans based) will bring its unique method of storytelling through its signature electroluminescent puppetry. The beloved characters in Hans Christian Andersen’s The Ugly Duckling and Aesop’s fable The Tortoise and the Hare are transformed by the cutting edge technology.

These two performances follow Lightwire Theater’s recent breakout success on America’s Got Talent where they received accolades from the judges and audiences. The production at the Segerstrom Center promises stunning imagery, compelling choreography and stirring music. As I mentioned in the piece regarding Alvin Ailey Dance Company, these types of performances are not around every day; it is indeed a great opportunity to have fun with the family and see new forms of artistic expression.   [Read more…] 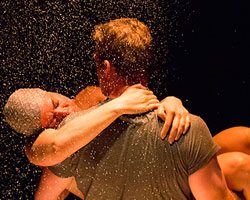 Over the course of eight years, playwright Quiara Alegría Hudes wrote three plays inspired by the experiences of her cousin, Elliot Ruiz. Each play stands alone, but taken together, the plays follow the history of a family. Each uses a different kind of music–Bach, Coltrane, and Puerto Rican folk music–to trace the coming of age of a bright but haunted young Puerto Rican man.

The second one, Water by the Spoonful which won the 2012 Pulitzer Prize in Drama is set in 2009, six years after Elliot first left for Iraq. In this play the former marine is back in the United States working at Subway and trying to kick-start his acting career. In the final play The Happiest Song Plays Last, Elliot has returned to the Middle East – this time as a consultant on a film about the Iraq War.

The Old Globe ‘went to the middle’ and presented the California premiere of Water by the Spoonful.   [Read more…] 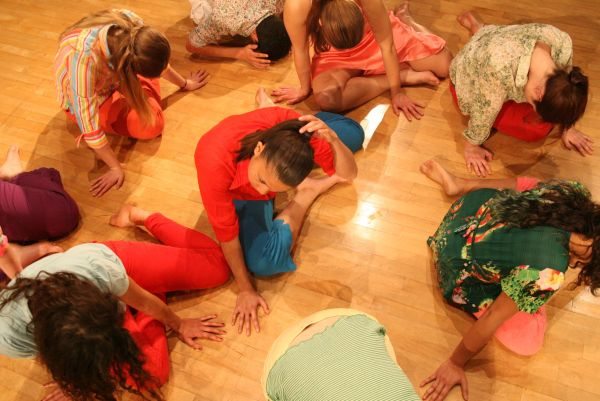 The SDSU University Dance Company will celebrate twenty-five years of dance this spring with a concert featuring stunning young artists in a contemporary dance work by SDSU faculty and guest artist Gina Bolles Sorenson. Intrigue, the bizarre and the fascinating set the tone for this showcase of San Diego’s rising new dance talent.

Lizbeth Price, Public Affairs Specialist at the SDSU School of Music and Dance, contacted San Diego Free Press to share the great news. I had the opportunity to direct a few questions to Melissa Nunn, Choreographer and Emeritus Professor of Dance.

“The objective is to provide advanced students with performing experience under the direction of professional faculty and guest choreographers; to prepare these students for professional work once they graduate” shared Nunn who will premiere a choreography of her own in this concert titled Presence.   [Read more…] 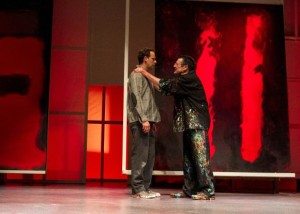 “Stop the heart and think… How fine are we?”

San Diego Repertory Theatre is staging its final production of its thirty-eighth season with RED by John Logan. It is a wonderful and –colorful- end to an eclectic and very well rounded season.

RED is a play with two actors and no intermission. John Vickery plays Mark Rothko, short for Marcus Yakovlevich Rothkowitz, an American painter of Russian Jewish descent. Jason Maddy is Ken, Rothko’s young assistant, aspiring painter and apprentice. San Diego Free Press had the opportunity to chat with the actors about their roles in RED.
[Read more…] 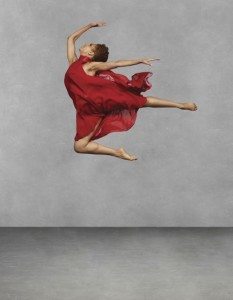 How things not working out… worked out better in the end

It has been and intense week full of choreography and dance at the Segerstrom Center for the Arts (SCFTA) in Costa Mesa. The Alvin Ailey American Dance Theater has filled the cultural campus with never before performed works on the West Coast. A lot of us don’t get to go to New York. When these types of events come to the area, just a brief drive away, they are certainly a must see.

Alvin Ailey American Dance Theater is recognized by U.S. Congressional resolution as a vital American “Cultural Ambassador to the World.” It has performed for an estimated 23 million people in 71 countries on six continents, promoting the uniqueness of the African‐American cultural experience and the preservation and enrichment of the American modern dance tradition.   [Read more…] 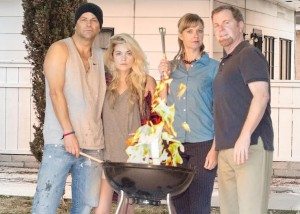 A young couple, Ben and Mary (played by Steve Gunderson and Lisel Gorell-Getz) are comfortably settled into their suburban lifestyle just outside a major American city. Then Sharon and Kenny, a pair of free spirits (Summer Spiro and Jeffrey Jones) suddenly move into the long-empty house next door. 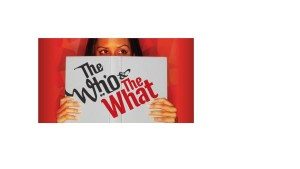 La Jolla Playhouse has opened its last production of the 2013-2014 season titled ‘The Who & The What’ by author, playwright and screenwriter Ayad Akhtar.

The play had its first developmental reading February 2013, during the Playhouse’s inaugural DNA New Work Series, which entailed a six-week period of workshop productions and readings of new plays and musicals. “Yes, that is how this project started. Gabriel Greene, Director of New Play Development at the Playhouse, is in charge of new work series. It is this terrific opportunity for work that is in a very early stage to be heard out loud” explained ‘The Who & The What’ director, Kimberly Senior.

San Diego Free Press had a chance to talk to the Chicago based freelance director, regarding this piece and how it came about, along with other projects in store for her in the near future. “The Who & The What” was in a very early stage. We got a full day of rehearsal with professional actors and had an informal reading that evening where the public was invited. With that we were able to get some really good feedback on what was working and what was not,” Senior explained.   [Read more…] 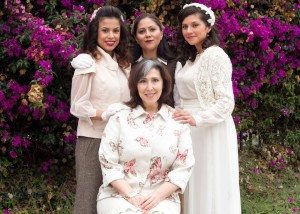 As part of its 2013-2014 season, San Diego Repertory Theatre will present In The Time of the Butterflies. This play, based on the novel by Julia Álvarez, captures part of the lives of the four Mirabal sisters. These women fought against the dictatorship of Rafael Trujillo, a former president of the Dominican Republic. Their struggle ended with the brutal loss of their lives in 1960.   [Read more…] 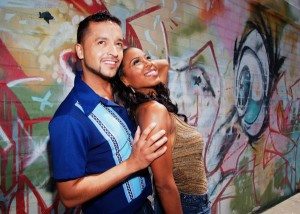 After an intense month of rehearsals and five days of preview shows, In the Heights had its opening night on Sunday, August 4th at the Lyceum stage in Horton Plaza. The multiple award winning musical had its first resident production in the county, thanks to the partnership between San Diego REP and the San Diego School of Creative and Performing Arts (SCPA). In the Heights is directed by Sam Woodhouse and choreographed by Javier Velasco. The play is based on the book by Quiara Alegría Hudes and conceived by Lin- Manuel Miranda.

In the Heights is set in the vibrant community of New York’s Washington Heights. It is a community with immigrants from all over Latin America who face the day to day decision whether to keep on with traditions or leave them behind in this new place. We are introduced to barrio businesses and their owners where this tension plays out. Usnavi owns the corner bodega where he sells coffee, newspapers and miscellaneous along with his bratty yet very good hearted cousin Sonny. The Rosarios run a taxi dispatch and Daniela operates a hair salon.   [Read more…] 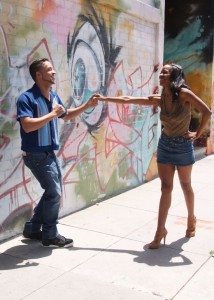 A Broadway musical about heart and “familia”

By Alejandra Enciso Guzmán for SDFP

The San Diego Repertory Theater opens its thirty-eighth season with the award winning musical In the Heights. Sam Woodhouse, San Diego Rep co-founder and artistic director, provided insight into the first resident production of the musical in San Diego:

“There are several factors here. One is the partnership with the San Diego School of Creative and Performing Arts (SCPA), the ‘fame’ high school of San Diego that allows us to do these big giant musicals in the summer. They bring us an orchestra of thirteen musicians and a bunch of actor/dancers, all terrific.”

“In The Heights is this wonderful collision and marriage of a very 21st century, modern American immigrant story, filled with all those desires and longings and dreams and quests that every immigrant community has, in the cocoon of an old fashioned Broadway musical” added Woodhouse.   [Read more…]