You are here: Home / Archives for Jack Hamlin 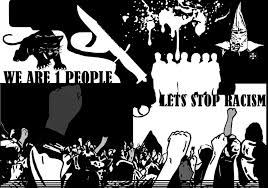 While saddened by the news out of Ferguson, Missouri this past week, I am not surprised.  Once again an unarmed black teen was shot dead by an “other than” black man, and the legal industry was used to exonerate the killer.  I say legal industry, because it is no longer a system of due process and equal protection, and no longer seeking justice. It is merely an industry which allows experts and insiders to use the law to further their own agenda.

I am certain, had Michael Brown shot and killed Darren Wilson in the same manner Wilson shot and killed Brown, the outcome would have been very different.  Had the situation been reversed and had Brown been arrested and not gunned down, after his stay in the hospital recovering from the law enforcement beat and release program, he would be in jail facing the death penalty as punishment.  He would have not been allowed to testify in his own self-defense before a grand jury, and he most certainly would not have had a prosecutor working hard to return no criminal indictment. 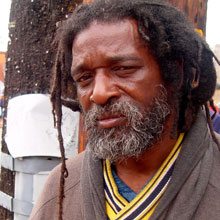 It is happening again. Three years ago we were able to come together as a community to try and begin to resolve the issues surrounding homelessness and the poor in Ocean Beach. I am not so naïve as to look back on that time as “Halcyon Days of Kumbaya,” in O.B. Rather it was a time during which we began to look for solutions, instead of blame and division. But we all have become complacent and are returning to the awful time of “Please Don’t Feed Our Bums.”

It was a subtle trip and that is probably why we have been caught unaware. But the haters just wait for the right opportunity to bring their vitriol back to the surface and make us a divided community once again. Much of it, however, lays firmly at the feet of the San Diego Police Department and its treatment of the homeless and poor.   [Read more…] 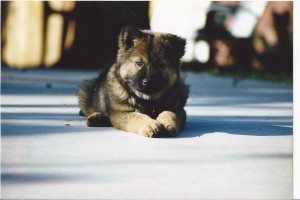 The early morning sunlight filtered through the venetian blinds and fronds of the potted palm, highlighting her multi-hued earth toned fur. She lay on her cushion strategically placed by the bay window so she could keep watch, guarding our home; a task she had performed diligently for over fourteen years. She only occasionally lifted her head now when a stranger passed. A far cry from her warning barks that, up until a few months ago, could rattle the whole house and give any would be trespasser, solicitor or mailman pause. Age, the great equalizer, seemed to have finally caught up with her and her time here was coming to end.

In the late 90s, I lived for a while in the mountains east of San Diego proper. Every morning as the sun came up, I would walk with my other dogs about a half a mile down to the mailbox to retrieve the morning paper. During the school year, my walks would periodically coincide with the arrival and departure of the rural school bus. Like a bucolic scene from a Rockwell painting, the country children would be there with their dogs– dogs who knew to walk home after the bus departed.

On one such morning, my canine companions and I strolled down the dirt road as the bus was pulling away and the three or four dogs began to scatter casually back home. Except one. This one was not very big at all and sat huddled alone next to the mailboxes. My companions ran up to check out the small dog with matted fur, which stood her ground, growling and baring her tiny teeth in an attempt to intimidate. It was then I realized she was not a small dog, but a very young puppy.   [Read more…] 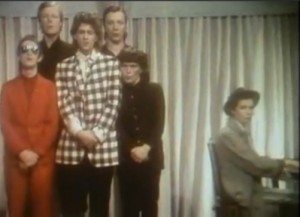 The plan for the day had been to finally get the Christmas decorations up and address cards. I turned on the news to get my daily laugh from the cirque de D.C. and see how much closer we were coming the fiscal cliff. I wish I had not. The news was so just awful, again, I wept. Twenty-six souls lost, 20 of them only 6 and 7 years old. In an instant, another mad man took away so many dreams, so much joy, and so much love.

According to reports, the 20-year-old murderer took his own life, so we will never get the chance to ask him why or how he became so full of evil. Even if we were able to, it would not stop the carnage which all too often frequents the innocent, here and abroad. It will not stop, because we either do not care enough, or we must ghoulishly enjoy it enough to not do anything about.

It was in January, 1979, I recall the first school shooting, at least the one which caught everyone’s attention. And it was here in San Diego. After barricading her house across the street from Cleveland Elementary School in San Carlos, 16-year-old Brenda Ann Spencer opened fire with a semi-automatic .22 caliber rifle, killing the principal, the custodian and wounding eight children and police officer before she surrendered after a seven-hour standoff. Tried as an adult, she received a sentence of 25 years to life in prison. She has been denied parole four times, and it will be 2019 before she is eligible again.   [Read more…] 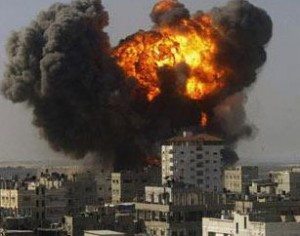 Watching the television last week, I came close to tears several times. Seeing the victims of Israel’s indiscriminate bombing in Gaza was almost too much to watch. But watch I did. Not as some ghoulish entertainment. No, I watched as a witness. I watched just as my parents before me watched the horrific images of the death camps, evidence of the Nazi genocide of Jews, the disabled, gypsies and homosexuals some 67 years ago. And just as my parents will never deny the atrocities of Nazi Germany, I will never deny the same by the Israeli government.

I do not pretend to completely understand the 5000 year history of Mideast. To characterize it as complex is such a vast understatement, it is disingenuous. I do know from world history classes, biblical study (both Jewish and Christian), wading into the Holy Qur’an and just reading a newspaper over the past fifty some odd years, it is a region which has been locked in constant turmoil.   [Read more…] 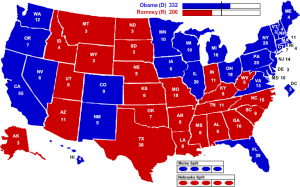 The election is over and the dust really has finally settled. By the way my candidate lost, but it isn’t easy being Green. The 47% and then some spoke up and now, maybe, just maybe, WE can get to work and do the good things we do well, fix the good things we use to do well, and set aside the bad stuff which has been gnawing at our insides for so long.

WE proved the Koch Brothers, et al. could not buy an election, and Karl Rove is as superfluous as a dead rat on the floor just waiting to be swept up and thrown out with the garbage. WE, with the help of Donald Trump and Ted Nugent, proved that just because you have money and a forum, does not preclude you from being as crazy as a three-dicked goat. WE proved that even FOX News has to concede something to the other side every once and while.   [Read more…] 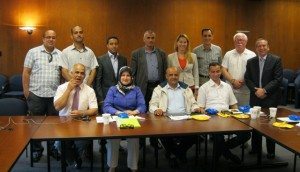 Clearly the vetting process at the State Department needs some updating from the Google dartboard they must be currently using, I thought to myself a little over a week ago, last Friday. After all, the last rumor I heard about the OB Rag / San Diego Free Press staffers was we were all under investigation by Homeland Security for our Occupy Movement support. But unlike some other thoughts I have, at least there was a basis for this one.

You see, late Friday afternoon I received an e-mail from a representative of the State Department. I nearly deleted it thinking it was going to be some tragic soul who knew of my trustworthiness and wanted to use my bank account to deposit tons of money, and in return, he would let me have several million dollars. Generally, the delete key is used at this point, but I was curious. I opened the e-mail. When I saw I was addressed by title and name, my second thought was perhaps it was time to get a clean toothbrush and wait for my ride to Guantanamo Bay. It is strange and paranoid time in which we live. But I read on.
[Read more…] The morning grey still hung over OB as I parked my car up the street from the Episcopal Center Church on Sunset Cliffs Blvd. It was my first day of several much needed weeks off and I had made the mistake of responding to the Editordude’s request an hour earlier to cover the Maundy Thursday for the Needy at the Center. Groggily, as I walked down the street, I saw several familiar faces reclined on the grass outside the sanctuary, and the end of a line of folk stretching out to the street.

Ooops, I forgot my audience… what is Maundy Thursday you ask?

Come inside for the photo gallery…   [Read more…]