;
You are here: Home / Archives for Judi Curry 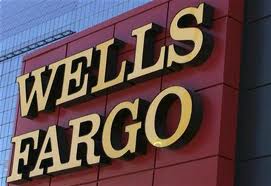 Three weeks after the fact, the banking giant fixes its own error.

On June 28th a call came to Monica from the Supervisor of Security at the Wells Fargo headquarters in San Francisco. Her name was Sheila. She originally would not talk to me, even though Monica had given them permission to do so. I had to wait until Monica came home from school. Putting Sheila on speaker phone, Monica iterated that I had permission to speak for her, and the conversation began. 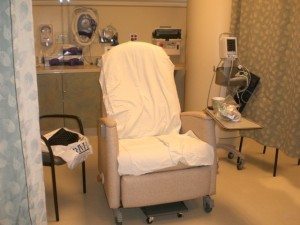 Seven years ago I was told that I had the beginning of cataracts. When they became “ripe” I could have them removed. I wanted to think of myself as a bottle of wine, aging gracefully, and reaping the benefits later. People I knew that had had the surgery were pleased with the results: no more prescription glasses, unless they were needed for reading; waking up in the morning and seeing everything around them.

I could hardly wait. And that is what I did: I waited, and waited, and waited for the damn things to “ripen.” I no longer thought of myself as a “bottle of wine”; rather I thought of myself as an aging old woman. I found myself not willing to drive at night because of the halo’s of oncoming headlights; I couldn’t see the street signs in the dark and I was afraid that I might not see the bike riders along the streets in Ocean Beach.
[Read more…]

On Wednesday Monica called me in tears from Wells-Fargo. It appears that she made a $400 withdrawal from her account on May 30 to cover the cost of tuition for school on June 4th. She did not make any withdrawals after that time, and knew that she had $300+ in her account for books and other things. She was horrified when she went to withdraw $20 from her account and was told that she only had a balance of $7. I asked her if she had tried to make the withdrawal from the savings account, thinking that if there had been any overdrafts the original $100 moved to that account would be depleted. She answered that she had checked that account too but the $300 was missing. I told her to talk to the bank manager and call me from his office so I could help her out. She did. The bank manager told me that on the same day there was a $300 withdrawal after the $400. I asked what time it was done but he said he’d have to check. I asked who made the withdrawal, and he told me he would have to check it out. I asked how soon he would have an answer. He told me he didn’t know. I asked for a ballpark figure and he said 24 hours. He said he was sure it was a “computer glitch” and would be straightened out in no time. A computer glitch? What kind of glitch does a computer make where-in $300 goes missing from a customer’s account?   [Read more…] 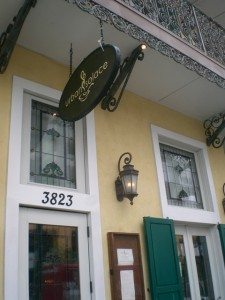 The restaurant could easily be missed if you did not know where you were going. The name is on a sign high above eye level; and the entrance is very unpretentious. Upon entering into a darkened room, with the hostess desk and the bar on the left, I was immediately struck with how long and narrow the room was, and it reminded me of many of the restaurants in San Francisco. There was an outside eating area on the right, but because it was overcast and damp we elected to eat indoors.   [Read more…] 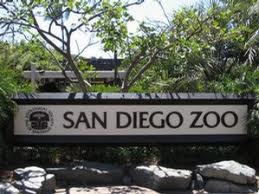 A family outing at the World Famous San Diego Zoo is a great way to spend a day and see all that it has to offer. But be prepared for it to set you back a few shekels.

With our $20 discount the cost was still $148. It included the guided tour, the express bus and the safari aerial tramway. When we went through the ticket booth, our hands were stamped so show that we had paid and would be allowed to take the bus and tramway free. (Upon returning home and while writing this article, I checked on something my daughter said to me – “. . . . why do they have to stamp your hand? We could not have purchased a ticket for entry into the Zoo alone. EVERYONE purchasing a ticket is entitled to the rides. She is correct. The only ticket for a 1 day pass is the one we purchased and we could not have purchased a zoo entry alone.)” The ticket seller told me that the $42, with the discount was less expensive than the senior citizen price.   [Read more…]