You are here: Home / Archives for Sarah “Steve” Mosko

(And it’s not very pretty.)

By mid-twentieth century, humans had altered the Earth to such an extent as to mark the start of a new geologic epoch named the Anthropocene, concluded an international consortium of researchers in a January issue of the preeminent journal Science.

Scientists divide Earth’s 4.5 billion year history into so-called epochs or time units based on major shifts in the composition and state of the planet as recorded in distinct stratifications in rocks, sediments and glacier ice. Previous transitions from one geologic epoch to the next were triggered by either cyclical drivers of climate change, like variations in the Earth’s orbit or solar radiation, or irregular events like volcanic eruptions. The most recent epoch for example, the Holocene, spanned ~12,000 years and was ushered in by a period of interglacial global warming.   [Read more…]

Halting global warming is the chief environmental challenge of our time.

While heat-trapping carbon dioxide (CO2) is not the only greenhouse gas (GHG), it’s the most abundant and longest-lived in the atmosphere and contributes the most to global warming. In March, atmospheric CO2 content reached a new high of 400 parts per million, already past the 350 limit many scientists believe is a safe level above which we risk triggering irreversible consequences out of human control.

Second only to China as the largest CO2 emitter, it’s incumbent on the United States to lead the world in addressing global warming. The Intergovernmental Panel on Climate Change estimates that the window of time to avoid the worst effects is just a few decades. Yet the United States has not adopted even a nationwide strategy.   [Read more…]

It’s common knowledge that polar bears, and their primary prey the ringed seal, might go extinct this century as the Arctic sea ice melts because rising levels of atmospheric greenhouse gases (GHG) are warming the planet.

Hearing this news, many Americans likely felt something akin to, “Gee, that’s a shame,” but the country did little more than shrug its collective shoulders before getting back to business as usual.

But news keeps coming about species threatened by climate change via habitats becoming unlivable or collapsing of food webs. The latest sting came from Canadian researchers at the University of Ottawa who concluded that dozens of bumblebee species in North America and Europe could be headed for extinction because the southern reach of their habitat is becoming too hot. The study appeared in the July 10 issue of Science magazine.   [Read more…]

More and more Americans are taking responsibility for their personal contribution to global climate change by driving fuel efficient cars, insulating their homes and switching to energy efficient lighting and household appliances.

However, even someone that’s gone to the extremes of traveling only on foot or bicycle and forsaking home heating, cooling, lighting, food refrigeration and cooking will likely shrink their carbon footprint by only about a third.  That’s because roughly two-thirds of Americans’ greenhouse gas (GHG) emissions are embedded instead in consumption of other goods and services, according to a recent analysis by the Center for Global Development (CGD), a non-profit policy research organization.

Most of us attribute our GHG footprint to the easily discerned energy we consume for personal transportation and home utilities.  Yet these so-called “direct” emissions account for just 36% of the average American’s annual GHG emissions which are equivalent to 21.8 tons of CO2.   [Read more…] 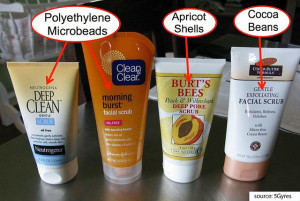 Microbead products and alternativesThere are signs that the era where plastic microbeads from personal care products pollute bodies of water worldwide and aquatic food chains might be drawing to a close.

Microbeads are miniscule spheres of plastic commonly added as abrasives to personal care products like face scrubs, shower gels and toothpaste. They’re designed to wash down the drain, but because of their small size, they escape sewage treatment plants. Once discharged into oceans, rivers or lakes or onto land, they’re virtually impossible to clean up.   [Read more…] 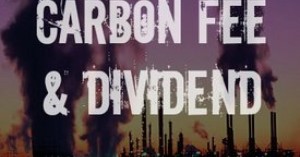 Some climate experts stress the urgency of addressing the problem now, predicting cascading economic and political, social and environmental upheavals worldwide if action is delayed. Since the dawn of the industrial revolution, the CO2 content of earth’s atmosphere has shot up from 275 ppm to over 400 ppm, already well above the 350 ppm limit some scientists believe is a safe level above which we risk triggering irreversible consequences out of human control.

Most Americans agree with the climatologists who believe that climate change is happening and likely caused by greenhouse gasses produced by the burning of carbon-based fossil fuels. Asked if “the federal government should act to limit the amount of greenhouse gasses U.S. businesses put out,” 78% said yes in a national poll which appeared January 20 in The New York Times. This reflects 60% of Republicans and 87% of Democrats polled.   [Read more…] 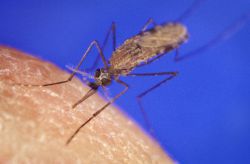 I escort spiders out of my house, use humane traps to relocate attic rats, and save honey bees from drowning in pools. Yet I’ve been known to hunt with a vengeance a mosquito that’s ruining my sleep, repeatedly buzzing in earshot in search of exposed skin. At such moments, I might push a button, if one existed, to rid the world of mosquitos forever.

However, recent press about disastrous blowback when humans target species deemed a nuisance should give pause to impulses to wipe out even the most bothersome of pests. Two examples. First, the 90% decline in the population of the monarch butterfly in the last two decades from spraying herbicide on genetically modified corn and soy in the Midwest, inadvertently destroying the milkweed on which the monarch caterpillar must feed. And second, the emergence of antibiotic-resistant bacteria from rampant misuse of antibiotics, both to treat viruses in humans and to fatten up livestock that aren’t sick. Consequently, people are at risk of picking up antibiotic-resistant superbugs when they’re hospitalized or even from eating meat.   [Read more…] 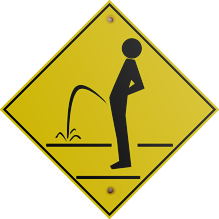 I confess, my husband and I both pee in our backyard garden, waiting until nightfall so as not to surprise neighbors.

We’ve always been comfortable relieving ourselves alongside lonely highways, even in daylight when waiting for the next bathroom seems unreasonable. But peeing in our own garden started as something of a lark, a combo of enjoying feeling a little naughty while also stealing a moment to take in the stillness of the night.

However, after a little research into the contents of urine and the ecological footprint of toilet flushing, I’m approaching my nightly garden visitations with a renewed sense of purpose, armed with sound reasons to continue the habit.   [Read more…]

My journey into the world of dog food ingredients began when my two-year-old mutts, Olive and Dexi, embarked on a hunger strike of sorts. They’d circle around their food bowls a foot away, sniffing all the while, only to walk away in protest before getting close enough to really get a good look. It felt as though they thought I might be trying to poison them, or at least pull a fast one of some sort.

I served what I thought were top-tier kibble and wet foods, never skimping on price and offering plenty of variety to avert boredom. I changed commercial foods numerous times, trying every ilk of so-called natural lines marketed as organic, grain-free and the like, yet still my offerings were snubbed. I’ll never know if they actually conspired to get my attention, but get my attention they did when they’d go two days without eating a bite, ostensibly giving in only when hunger forced them to.

I became convinced Olive and Dexi were rejecting the meals based on odor, inspiring my 3-part investigation into dog foods: first, to understand the canine sense of smell; second, to master commercial dog food labeling; and third, to discern what canine diet might really be best. I’ve concluded that the answer to the latter might not be as simple as one would wish.   [Read more…] 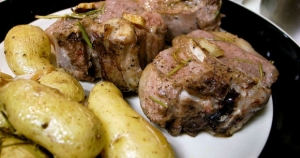 “Sheepish,” as defined in the Merriam-Webster dictionary, means “resembling a sheep in meekness, stupidity, or timidity.” Society as a whole seems to agree that sheep are none too bright, given the familiar insult that someone is dumb as a sheep.

But what do we really know about what goes on inside a sheep’s brain? And, if they aren’t as dumb as we’ve believed, should attitudes change about eating them, using them for experimentation, or their treatment by the wool industry?
[Read more…]

You’d think that finding far less plastic pollution on the ocean’s surface than scientists expected would be something to cheer about. The reality, however, is that this is likely bad news, for both the ocean food web and humans eating at the top. Ingestion of tiny plastic debris by sea creatures likely explains the plastics’ disappearance and exposes a worrisome entry point for risky chemicals into the food web.

Except for a transient slowdown during the recent economic recession, global plastics consumption has risen steadily since plastic materials were introduced in the 1950s and subsequently incorporated into nearly every facet of modern life. Annual global consumption is already about 300 million tons with no foreseeable leveling off as markets expand in the Asia-Pacific region and new applications are conceived every day.   [Read more…]