;
You are here: Home / Archives for Vanessa Ceceña

Burma is a country in Southeast Asia that has been torn by civil war, unrest and a regime that instills fear in its people. After nearly 50 years of military rule, the country is currently in a process of renovation, but there are still accounts continued human rights violations.

Like in many countries that have experienced unrest and a level of genocide, many in Burma fled their country and entered refugee camps in neighboring Thailand. Here is the story of Eh De Gray.

De Gray identifies as Karen, one of the ethnic groups in Burma. He is the oldest of 5 and at the young age of 11, he decided to leave his home country and family to enter a refugee camp on the Burmese-Thai border. He wanted an education, an opportunity, something that he would not get if he remained in Burma.   [Read more…]

Minors and families chose, and continue to choose, the dangerous and lengthy journey from Central American to the U.S.-Mexico border, simply because it’s a more appealing option than remaining in their communities of origin.

Many flee the proliferation of gang violence, the continued lack of economic opportunities. Others travel to reunify with family members whom they have not seen for years. Last year we witnessed the greatest surge of Central Americans arriving to our border seeking refuge. By the end of fiscal year 2015, a total of 26,685 unaccompanied minors had arrived at the Southwest U.S.-Mexico border.   [Read more…] 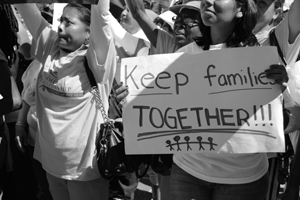 Safety Planning is a must for the undocumented

It is no secret that there has been a surge in the number of deportations since the Obama administration took power. U.S. Immigration and Customs Enforcement (ICE) removals during FY 2013 totaled 368,644. 133,551 were apprehended within U.S. boundaries and 235,093 were detained at the border.

While the numbers are astonishing, I am more shocked at the number of people deported that have not committed a crime. Out of the 151,834 people removed without a criminal history, 23,436 of them were already in the U.S. when deported. ICE does not track how many of these individuals have family in the U.S., but I imagine that it is a significant number.

The increase in deportations over the years has had an adverse effect on immigrant families, on communities and countries of origin, as well as on communities. Deportations cause economic hardship, emotional distress, and family separation.

In addition to economic hardship (and in many times intensified economic hardship), deportations can destroy the family structure. Families are separated; children are left without a parent or without both parents, in some cases.   [Read more…] 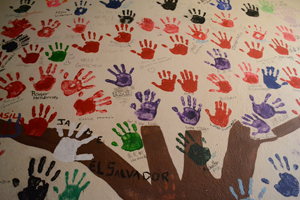 These children are choosing to have an opportunity at life. They all have dreams that they want to accomplish.

Words and photos by Vanessa Ceceña

I met children from Somalia, China, Brazil, Ghana, Guatemala, Honduras, El Salvador, Nicaragua, Mexico, and Venezuela. Some eager to tell their story, others were hesitant to share the details of their journey or past due to fear.

Based on some of their stories I was able to understand that most of the Central Americans traveled on la bestia and by bus until they were able to reach the U.S.-Mexico border. Regardless of where these children were coming from, they were all faced with countless dangers and situations where they were at risk of losing their lives.   [Read more…] 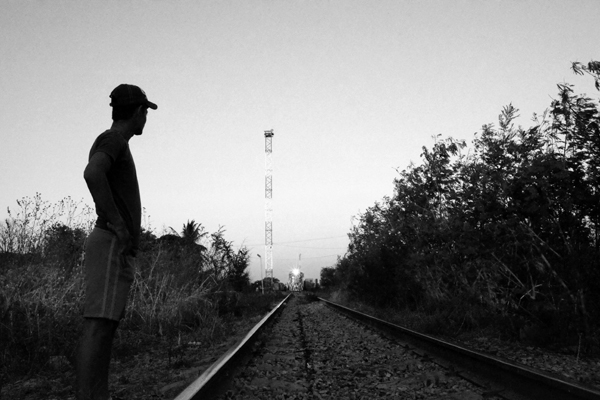 A Photo Exploration of the Central American Humanitarian Crisis

Words and photos by Vanessa Ceceña

In late 2012 I decided to travel back to México to visit el pueblo de las nubes, Oaxaca. I had visited twice before but mainly stayed in the central valley and Oaxaca City. This time I stopped in Tezoatlán in the mixteca and made my way to Ixtepec in the Isthmus of Tehuantepec.

This border region with its high level of humidity and tropical climate is home to a vivid culture, bright hand embroidered tehuanas, to the muxes (a community of transgender Oaxacans), and the sones zapotecos de Juchitan.

While its cultural attractions bring many visitors, its geographic location, which neighbors Chiapas to the southeast, places it as the prominent pathway for Central American migrants making their way to el norte (the north).   [Read more…]