You are here: Home / Archives for Activism / Battle for Barrio Logan

Here’s a vision for the future; a video by Adriana Heldiz for the Voice of San Diego introduces us to four individuals engaged in their Barrio Logan community and shaping its development.

News accounts of an arrest where a San Diego Police officer was punched in the face on Saturday, February 3, didn’t tell the whole story.

Video of the punching incident furnished by Irate Productions to the Southwestern Sun college newspaper show another, more disturbing, version of what happened.

While I think it’s always a bad idea to punch somebody with a badge and a gun, the video shows the officer (who has yet to be named) starting the confrontation by hitting with a police baton Frederick Jefferson as he backs away. And the incident was completely unrelated to what was going on that day in Chicano Park. Also, there was no ‘violence’ at the rallies.    [Read more…]

A right-wing group calling itself Bordertown Patriots has announced plans for a “Patriot Picnic” at Chicano Park on Saturday, February 3. While they have couched their intentions in innocuous language, disavowed rumors of provocative actions, and deny any racial animus, a history of confrontations involving their followers suggests otherwise.

The advertised goal of these reactionaries is to remove the symbolic Aztlan flag flying in the park and replace it with an American flag. Their make-me-a-martyr style of organizing requires them to claim the park is a “no-go zone” for “patriotic Americans” and the U.S. Flag is therefore banned.

A similar event in September, promoted as a Pizza Party by many of the same right-wingers, drew a handful of participants who left under police escort after one of their group acted provocatively, attracting the attention of hundreds of peaceful counter-protestors in another area of the park.   [Read more…]

Hundreds of people from communities throughout San Diego converged Sunday to show support for Chicano Park, in response to an SDFP story indicating local ultra-rightists were plotting to “take down” its historic murals in response to Confederate monuments being removed around the nation.

Rumors quickly spread through Facebook and other social media, escalating a what likely a reconnaissance mission into a full-blown white supremacist rally. A couple of folks decided it might be a good idea to have a picnic in the park as a gesture of solidarity and put it up as a Facebook event. Hundreds of people RSVP’d. Fortunately, the Chicano Park Steering Committee stepped in and took control of the event.

A PA system was procured, security was arranged, and speakers from the community were invited. The San Diego Organizing Project encouraged religious leaders from a variety of faiths to attend.   [Read more…]

Local right wingers, calling San Diego’s Chicano Park a “huge monument honoring Communism and La Raza ultra nationalism,” are campaigning to “take down” the site and its associated murals as a payback for the Confederate monuments being removed around the nation.

UPDATE: To be clear, there is no right wing protest scheduled for Chicano Park on Sunday or any other time at this point. (The article doesn’t say there is; try reading it before declaring you’re willing to shed blood.)

City Councilman David Alvarez’s office has received “many racist emails” calling for the park’s destruction after an extremist site called for readers “to make them more nervous to know that the effort is spreading nationwide.”

It all started with an interview with “local patriot activist” Jeff Schwilk on Carl Demaio’s radio talk show.  The former Minuteman leader commiserated with the host about the indignity of removing a plaque from the Daughters of the Confederacy honoring Jefferson Davis from Horton Plaza, moving on to complain about “Nazi symbols**” and “Communists” in the murals at Chicano Park.   [Read more…] 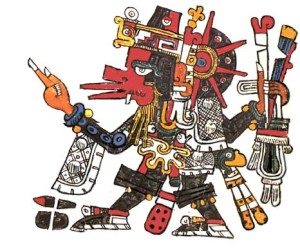 Barrio Logan is little known to most San Diegans – beyond being a predominantly Mexican-American neighborhood near downtown. Yet it is one of San Diego’s most historically significant and culturally important neighborhoods.

In particular, it has national prominence for its role in the Chicano / Mexican-American civil rights movement. However, more than a Chicano historic asset, the neighborhood and it’s history stands as a monument to the resilience and survival of the nation’s minority and working class populations in the face of assaults and exploitation by the overwhelming power of the state and business interests.

In particular, many ethnic working-class urban neighborhoods across the country were destroyed or severely damaged by en masse relocation of their residents to build freeways and other neighborhood-destroying and suburb serving facilities. Barrio Logan repeatedly faced such assaults, and not only survived but like putting a bouquet of flowers in a tank cannon, sometimes made beauty and purpose out of injury. Nevertheless, once the second largest Mexican-American enclave in the U.S., it has shrunk to less than 5,000 people as a result of the loss of land to the freeways and industrial uses. It may not survive another such assault.   [Read more…]

It was with a sad & heavy heart that we heard of the passing of beloved; Ramon “Chunky” Sanchez. To Isabel Sanchez, the entire Sanchez/Enrique families our deepest & most sincere condolences from the Committee on Chicano Rights, Chicano/Mexicano/Latino community, and my family.

I first met Chunky in the early 1970’s at SD State at a rally where Chunky was a student. At the time both of us were doing what we were to do for the next 45 years, Chunky playing & singing (then with La Rondalla Amerinda, later with Los Alacranes Mojados) & I speaking. We hit it right off, since the both of us were from two small rural agricultural communities, Chunky from Blythe, CA & I from Los Lentes, New Mexico.   [Read more…]

“Our backyard has historically been neglected. People can call BASTA! NIMBY as much as they want but our backyard is full. Start storing stuff in yours.”

Interview by Jeffrey Siniard / Bolts From The Blue

Bolts From The Blue blogger Jeffrey Siniard reached out to interview SDFP columnist/editor Brent Beltrán to discuss why Barrios Against Stadiums, which he is a part of, opposes a stadium in the East Village. We reprint the interview here in it’s entirety with photos added from a protest against the Chargers stadium held on July 15 in Barrio Logan.   [Read more…]

On Friday, July 15 from 11:30am to 1pm the San Diego Chargers will be bringing their pro-East Village stadium campaign to Barrio Logan for the Family Health Center’s Spirit of the Barrio luncheon. B.A.STA!, Barrios Against STAdiums!, will be outside the event holding a silent protest with signs and banners opposing the Chargers efforts to build a stadium one block from Barrio Logan. A press conference will also take place.   [Read more…]

Is it true that San Diego Police overreacted during the anti-Trump protests in downtown last Friday, May 27th, or did they simply follow Chief Zimmerman’s plan to corral demonstrators and push them into Barrio Logan where they could make arrests – arrests made out of the lens of the national media?

I attended the protests and was downtown for about 6 hours that day a week ago. The following observations and opinions are my own. What I did see and experience has led me to believe that the police manipulated the anti-Trump protesters in order to declare an illegal assembly – which then gave them the authority to make mass arrests – arrests police made largely out of sight – and in the ethnic Chicano- Mexican-American community of Barrio Logan.
[Read more…]

‘Keep the Coastal 30 Foot Height Limit for Everyone’

‘How to Celebrate the 50th Anniversary of the Passing of the 30-foot Height Limit? Vote No on Measure C’