People in the eastern part of the country tend to think that Southern California is the land of no seasons and perpetual sunshine. Those of us who live here can produce rubber rain boots and hefty heating bills as proof otherwise.

This is my twenty-sixth spring in our little house on 45th Street in City Heights. Every February I start sniffing the air like a winter crazed creature until one day I can smell….It! “It” is an almost imperceptible whiff of a delicate green freshness rising from the moist cold earth and carried on the wind. I can hear Colette’s words– “To sing of spring would never do for me; I must go to meet it when it first strikes out through the long shadows, feeling its way…”

By mid- February the immense jasmine vine outside my window is filled with slender claret colored buds. It will burst into a cloud of fragrant shooting stars within a few weeks if the weather is warm. Spring, like all of the other seasons, is unpinned from calendar reckoning.   [Read more…]

Memory is a capricious thing- it shuffles all of those cards that signify the days, weeks and years of our lives and lays them out in a manner that doesn’t necessarily cleave to chronology– or even the truth.

I cut the deck, turn two cards face up on the table- the Queen of Hearts and the Jack of Clubs. It is March 13, 2003. I say that with certainty even though I do not trust my memory.

I have finished zipping up my suitcase and am nervously walking around the house stroking the cats and staring at the art on the walls as if it were for the last time. I will be taking a red eye flight to Pittsburgh Pennsylvania. My brother and sister have persuaded me that our mother is close to death. I would have one more chance at total denial of that indisputable fact.

My normal propensity for high drama was heightened significantly by the war drums that had been sounding for weeks, the rumblings that we were about to go to war, to invade Iraq. The sheer loathsomeness of Bush-Cheney had turned into something much darker, frightening and utterly incomprehensible. I was going to be 3,000 miles from My Beloved and my home while George W. Bush was explaining why war was necessary and inevitable.

So there you have the setting- The Queen of Hearts. The Jack of Clubs. But now one more card- The Joker. City Heights is always the Wild Card, the Joker, that becomes part of the mix. This place that I have called home for longer than anywhere else is a shape shifting character that looms large in my life, and so it was on March 13, 2003.   [Read more…]

I crawled groggily out of bed this morning and ambled out to the kitchen. My Beloved turned to me and said “I don’t know how many more State of the Unions I can handle.” Last night we listened to President Obama’s hour long speech, then Republican Savior-in-Training Senator Marco Rubio’s, followed by Congressman Rand Paul’s, as the voice of the Tea Party, which is the other white meat of the Republican party. Afterward, we smoked.

The Designated Survivor One odd little factoid that was revealed during the pre-speech(es) buildup was that Energy Secretary Steven Chu was selected to skip this year’s address.

Because the president, vice president, lawmakers, Cabinet secretaries, Supreme Court justices and members of the military’s Joint Chiefs of Staff are all sitting together in a confined space in the Capitol, one Cabinet member is chosen to skip the speech every year.

The concept of a designated survivor is an interesting one.   [Read more…]

A few days ago I was sipping my morning coffee and heard loud voices in front of our little house on 45th Street in City Heights. I walked outside to find two neighbors gathered around the broken windshield of a car parked there. Their voices were strained and angry. Then they would go quiet for a few shocked moments before resuming the conversation.

The conversation changed to one of speculation about motives. Was there something about the owner of the car that engendered these acts of vandalism? This is City Heights, so the first question is whether the vandalism was gang motivated, right?   [Read more…] 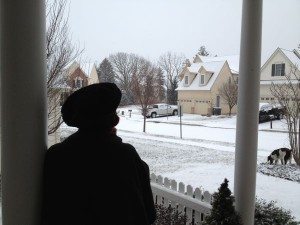 When neighbors in City Heights talk about going home, that home may be as close as Los Angeles or Tucson, or as far away as Vietnam, Eritrea or the Philippines. My neighbors have family in Mexico and make an annual December pilgrimage to Mexicali or Oaxaca so that their children can spend Christmas with their grandparents, their abuelos.

Distance, which translates into time and money, and unstable political circumstances in one’s home country are limiters on whether the wish to return home for a visit is ever realized. But beyond those considerations, can you go home if your home no longer exists?   [Read more…]

It is only half past January and I have had it up to here, estoy harta, with the right wing rage and whining that followed the election; enough, basta already, to the manufactured misery of the fiscal cliff and debt ceiling threats that immediately shut out the voices of citizens who made their intentions and desires known in the November election. There is a ringing in my ears from the dreadful noise, and I worry about my ability to hear what is really important and stay focused. …
[Read more…] 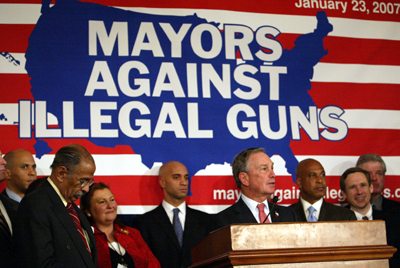 Dear Mayor Filner: The Sandy Hook school massacre last month has opened a national conversation about gun violence in this country, and well it should. The lives of twenty-six human beings, the majority of whom still had their baby teeth, were snuffed out in the amount of time it took to discharge a high capacity magazine from a gun that was developed for the military’s conduct of war.

It didn’t take much time and the devastation was total, consistent with the military’s expectations in the conduct of war, and so not consistent with our assumptions of what it means to send our children in safety to elementary school.   [Read more…]

This was a wonderful year for Christmas lights in my City Heights neighborhood. They cheerfully, often exuberantly, illuminated the night from the day after Thanksgiving until the day after New Year’s. It is sad to see them extinguished, put away, for yet another year, although ours stay up in the house year round. You can never have enough illumination in the darkness…

But that is not to say the seasonal celebrations are over- far from it. Sunday January 6th is the Three Kings Day celebration in Mexico and other Spanish speaking cultures; it is also Orthodox Christmas Eve for those religious traditions based upon the Julian calendar, as opposed to our Gregorian calendar. What that boils down to is that I have to order my rosca de reyes so that I can take it to our Orthodox Christmas Eve dinner.   [Read more…] 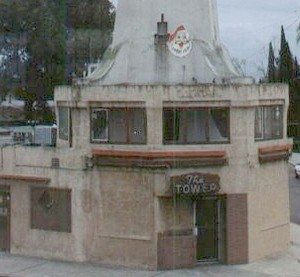 I’m sure that there are a number of us who can still remember the Euclid Tower before it was re-imagined with bright paint and a dazzling design. In 1988, when My Beloved and I moved into our little house on 45th street, the Euclid Tower jutted above the streetscape like a grey missile poised for launch. Its graceful art deco architecture and lovely leaded glass lotus windows couldn’t redeem it from a peeling cold war paint job.

I can also remember not only the grey paint job, but the smiling face of Old Saint Nick providing some inscrutable message of good cheer for a number of years over the neon signage of the Tower Bar. There was nothing quite like the 4th of July and looking up at the peeling Tower with Saint Nick beaming down upon us. This was how I knew I was home in my thoroughly mixed up community of City Heights. And stone cold sober.   [Read more…]

Back in June of this year when my first City Heights Up Close & Personal column was published, I received an intriguing comment from Mary Best that she wanted to move to City Heights within the year. We exchanged emails and spent a long afternoon together a few weeks later when Mary came to town.   [Read more…] 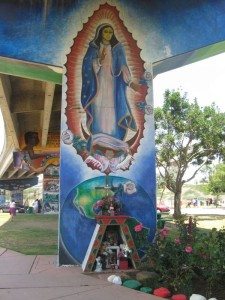 La Virgen de Guadalupe, the Catholic patron saint of Mexico, is without doubt the most deeply loved and revered religious presence there and among Mexicans everywhere. La Morenita-the Beloved Brown Skinned One– is also inextricably intertwined with Mexican national identity. She is a fusion of Mexico’s indigenous peoples with those of the European conquest, testimony to what writer Richard Rodriguez describes as the “absorbent strength of Indian spirituality.”

Her brownness, her constancy and her accessibility to those who suffer are her hallmarks. Yet those alone do not explain her ubiquitous presence and devoted following. It is not difficult to find images of the Virgen de Guadalupe at any time of the year in City Heights. Small stores on University Avenue sell blankets, key chains, candles, clocks, clothing and jewelry with her image. In the past it was not uncommon to see guys walk by on my block with a tattoo of the Virgen on their arms or shoulders. I was told that they were inked in prison. My own front porch has a now badly broken ancient plaster Virgen watching over the house.   [Read more…]

Reader Rant: The ‘100-Year Flood’ Will Come to San Diego Some Day