;
You are here: Home / Archives for Media 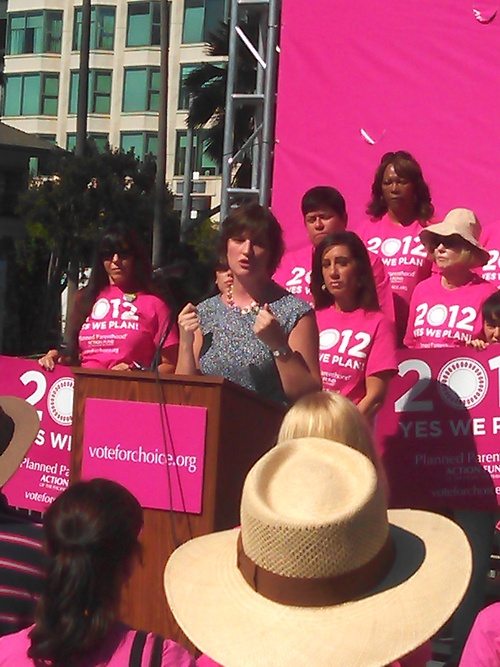 It was so nice at Balboa Park the other day. Sunny. Warm. Bright. People wearing smiles every where I looked. We were gathered at 6th and Laurel for a Rally for Women’s Health, featuring Sandra Fluke, a woman who gained fame for being shunned by a group with no shame who ran a sham they call the United States House of Representatives’ House Oversight and Government Reform Committee.

These Big Time Charlies wouldn’t let her speak to them about reproductive freedom for women because, according to them, she had no “expertise.” And she pretty much had to tell them “Hello! I’m a woman, you know, and how much ‘expertise’ y’all got regarding a woman’s needs, I might ask, considering that every single one of you is a man?” Not to mention, (to counter what their smartassed answer to the question is likely to be) men who have not evolved much when it comes to ways of thinking things female beyond their junior high days.   [Read more…] 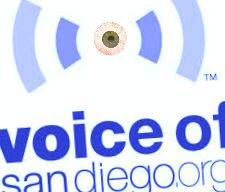 How would you feel if you were a baseball player in the World Series and you found out that the first base umpire was on the payroll of the other team?

That’s kind of how I feel about the Voice of San Diego’s coverage of Proposition Z.

I am running the Yes on Prop. Z campaign; and for months I’ve sparred with reporters and editors from ‘Voice of San Diego’ about the negative slant of their coverage. And they just parried back and defended what they’d written, as reporters usually do when campaigns and public agencies complain their stories.   [Read more…] 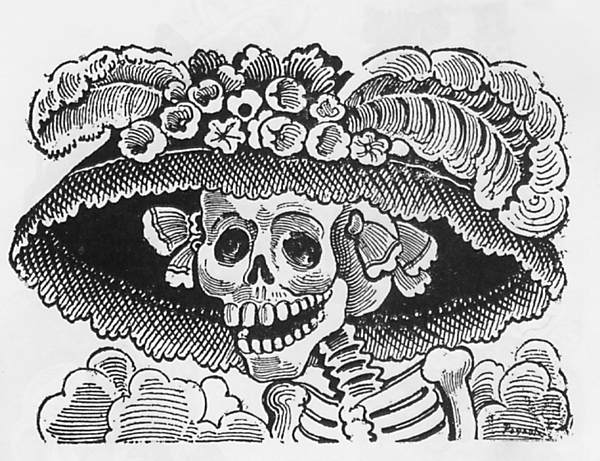 Every year on November 1st and 2nd we remember our dead. Give them food and things they appreciated while they were alive. We build altars in our homes. We share stories. Remember loved ones, family and friends, heroes and historical figures. We go to gravesites and clean tombstones and markers. Leave cempasúchils (marigolds) and sugar skulls. Maybe a little tequila if they liked a drink in their day. For the children we leave toys and candy.

November 1 is Día de los Inocentes (Day of the Innocents) when deceased children are honored and November 2 is known as Día de los Muertos (Day of the Dead) where we pay tribute to adults who have passed away. These dates correspond with the Christian holidays of All Saints’ Day and All Soul’s Day. Though las días de los muertos were coopted by Christianity they are not Christian holidays or celebrations. Their history can be traced back thousands of years to an Aztec festival dedicated to the goddess Mictecacihuatl.   [Read more…]

The Election Integrity Project, although it defines itself as non-partisan, operates as a platform for the conservative Heritage Foundation, the right wing Breitbart.com, and the Tea Party groups True the Vote and the non-profit iCaucus. Their website raises the ubiquitous fearful specter of voter fraud; their intent is to police the act of voting itself, to assure that “every lawfully cast vote [is] accurately counted.”

While the restrictive voter laws enacted after the Republicans gained power in 2010 have the impact if not the explicit intent to suppress the vote of communities of color, the young and the elderly who tend to vote Democrat, True the Vote and its offshoots not only support those efforts but have also assumed the role of election vigilantes at the polls and registrar offices.   [Read more…] 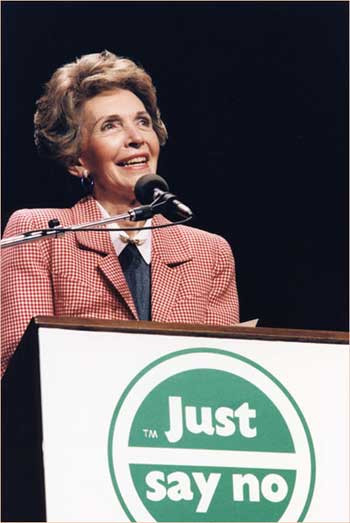 Picture a totem pole. Now visualize our regional law enforcers — the city attorney, police chief, sheriff, and district attorney — stacked head-to-foot up the length of the pole. Atop them all you’ll find the U.S. Attorney.

The name of San Diego’s U.S. Attorney is Laura Duffy. Laura who?

As the U.S. Attorney for the San Diego region, Laura Duffy has the job of investigating and prosecuting violations of federal criminal law, such as political corruption, tax evasion, drug trafficking, human trafficking, organized crime, and so on. 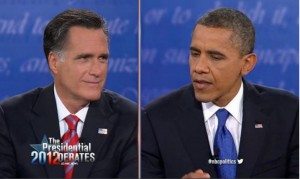 Two weeks out from the election, Romney attempts to reinvent himself on foreign policy, auto bailout.

Remember that debate two weeks ago? That one was unquestionably won decisively by Mitt Romney? That was the day that a whole new Mitt Romney emerged from this campaign: It signaled the first appearance of “Moderate Mitt,” as Bill Clinton like to call him.

That night the President came out lethargic, clearly not ready to spar with an aggressive and confident Republican challenger. Perhaps (probably) he was caught off guard by the sudden and unexpected softening of the Republican on so many issues, ranging from abortion to his compassion for “the 100%.” Obama was expecting to meet the “severe conservative” Mitt Romney on the stage that night in Denver, but instead encountered a whole new Mitt Romney that the nation had never met before. It was quite obvious that the new and improved Mitt Romney 3.0 threw Obama off his game. He didn’t quite know how to react to this brand new model. Consider that after scarcely a word about his time as Governor of Massachusetts, suddenly it’s a central talking point?   [Read more…] 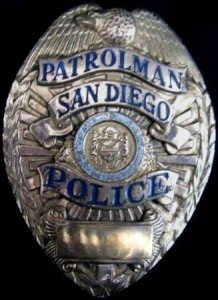 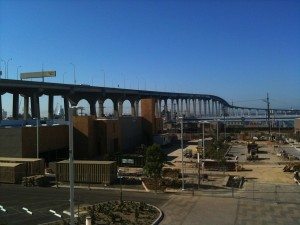 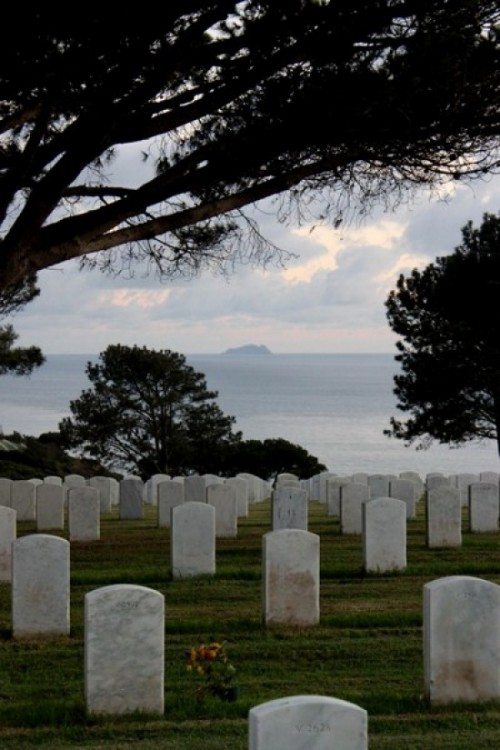 While Fort Rosecrans National Cemetery received its designation in 1934, it has been a burial ground since before 1847. In the early 1880s, it became the final resting place for the fallen in the Battle of San Pasqual, who were transported and eventually reinterred at the hillside cemetery.

In addition to an extensive list of those who have been honored with medals for their service, the cemetery is also known for commemorating the death of 62 sailors who died aboard the USS Bennington after a boiler explosion in July 1905.

According to officials, Fort Rosecrans is currently at capacity for casketed remains, though space is still available for cremated remains. The cemetery overlooks both the sea and the bay and is located on the Fort Rosecrans Military reservation in Point Loma/Ocean Beach. 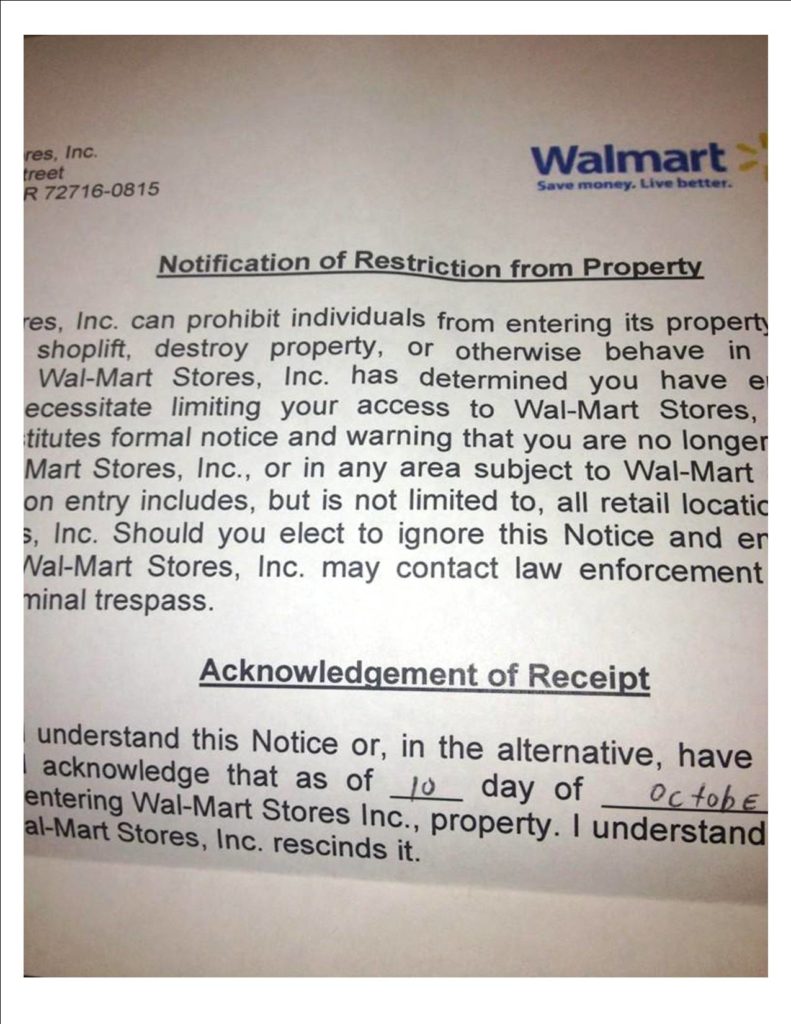 Skirmishes between Walmart and labor groups continued yesterday, as 200 angry protesters showed up at a meeting of investors and analysts earlier today at Walmart’s headquarters in Bentonville, Ark.

Here in San Diego local AFL/CIO leader Lorena Gonzalez paid her first visit ever to a Walmart, visiting the College Grove store with a letter for the store manager asking the retailer to improve employee pay and benefits, and require store contractors to pay a living wage.

The store manager refused to even shake hands with Gonzalez, keeping hands in his pockets as she asked him to accept the letter.

He responded with a notice banning Gonzalez from ever setting foot in any Walmart store, and called the police.   [Read more…] 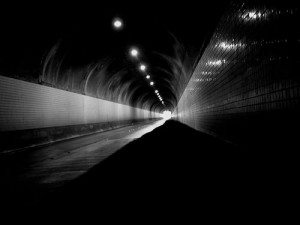 One day I checked into facebook and found the question: “What if when we die the light at the end of the tunnel we see is just us being pushed out of another vagina.”

My first thought was “Oh, God, I hope not.” I mean if I were on Let’s Make a Deal and had in my hand a certificate guaranteeing me a rebirth in a new body, I’m going with whatever is behind curtain number one. Because when I depart I will have left it all in the Milky Way just like leaving all I had on the court in my basketball days.

So, I don’t care if Wayne Brady says “Oh, Ernie, you could have had another life but you’re going home with a one day supply of Alpo!” After jumping around like I had won the lottery I’d run off and rent a dog for a day.
[Read more…]