;
You are here: Home / Archives for Memorial 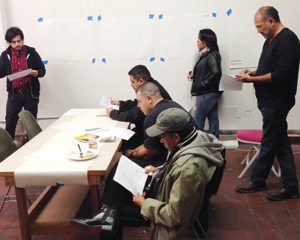 Radio Pulso del Barrio will focus on arts and education

For the past few months there have been meetings at various locations throughout the Greater Logan Heights area to implement a public art project called Open Spaces. Open Spaces is a two-year public art initiative that is funded by the James Irvine Foundation through the San Diego Museum of Art to create a community based art project.

This is the second Open Spaces project in San Diego. The first is ongoing in Lincoln Park.

“Open Spaces goes out into communities and allows community members and residents to be the decision makers on what public art should look like in their area. And that would be content, medium and location,” says project coordinator Irma Patricia Aguayo Esquivias.  “Coming into these communities we never know what it is going to be. We have no idea until we are actually participating in the community meetings then people start to voice what they’d like to see.”   [Read more…] 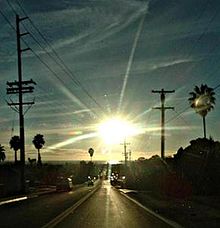 About one year ago I moved from Los Angeles to San Diego and began working as the Project Coordinator for the Greater Logan Heights Community Partnership (GLHCP), a collaborative of community-based organizations serving Logan Heights, Memorial, Sherman Heights, Grant Hill and Stockton. These five neighborhoods are bounded by Route 94 to the north, 1-15 to the east, and 1-5 the south and west.

The GLHCP is an outgrowth of the Neighborhood First Initiative piloted by the Local Initiatives Support Corporation (LISC) in 2008. The group formed as an earnest effort to unite community-based organizations and empower residents to take action to create sustainable change in their neighborhood. Before taking this job, I had never heard of any of these neighborhoods, let alone the varying names that are used to refer to them collectively. But as I launched into my work, I quickly learned the significance of names in this community.   [Read more…]