You are here: Home / Archives for Vista

Dr. Bronner’s, North America’s leading natural brand of soap and organic body care products, has resigned from the Organic Trade Association (OTA), citing the association’s betrayal of the consumer-led GMO labeling movement, and general drift away from the core principles that drive the organic movement.

Following the resignation, [ Vista, California based] Dr. Bronner’s has pledged to instead use its organizational resources to help power consumer, farmer and industry organizations that more authentically and courageously represent the vision of regenerative organic agriculture, versus the disaster of soil destroying industrial agriculture.   [Read more…]

Will Voters Be the Cure?

According to a 2011/2012 San Diego Grand Jury Report, Tri-City Healthcare District Continuing Issues, May 30, 2012, “The Grand Jury believes the coming election to be an excellent opportunity for the electorate to remake the current Tri-City Hospital Board of Directors into a less distracting and more professional body.”

So, how did that go? In the four years since the 2012 election, the “remade” board fired its CEO, hired and fired his replacement, and hired another to take his place.

A series of failed lawsuits cost the hospital over $30 million in settlements, attorneys fees, and lost revenue resulting from bogus allegations related to the purchase of a medical office building that remains vacant to this day on the hospital’s campus.   [Read more…]

Tri-City Healthcare District Chairman of the Board, Jim Dagastino, gushed last week about the appointment of the hospital’s third CEO in three years, the promotion of chief financial officer, Steven Dietlin. “Mr. Dietlin made an immediate impact on Tri-City medical center’s financial well-being as CFO when he arrived at the hospital in 2013.”

The board chairman had to keep a straight face in his praise of outgoing CEO Tim Moran for his “leadership. Moran, the San Diego Business Journal’s Most Admired CEO of 2016, lasted less than two years before being canned by Tri-City. He collected $600,00 in severance pay and a year of medical and dental coverage.

What Dagostino didn’t mention is that the CEO they fired three years ago brought Dietlin to Tri-City in early 2013. Larry Anderson needed help to fix serious problems with the hospital’s financials. Like Moran, Anderson had been named Most Admired CEO by SDBJ in 2011, apparently the kiss of death for Tri-City executives.   [Read more…]

It’s probably not on your personal calendar, but tomorrow, July 26th, will mark the 238th anniversary of the Post Office in the United States.  And San Diego’s Darrell Issa has cooked up a very special birthday celebration: he wants to end home mail delivery.

The Community and Postal Workers United group is seeking to raise public awareness of the Congressman’s scheme, and they’ve scheduled their own birthday party at Rep. Darrell Issa’s office  (1800 Thibodo Rd., Suite 310, Vista CA 92081) starting at noon on Friday.

Featured will be piñatas that resemble the Congressman and a giant inflatable rat. There’ll be barbeque and cake afterwards at the union’s Anahiem offices.

What this is all about is yesterday’s (July 24th), House Committee on Oversight and Government Reform approval of Issa’s “reform measure”(HR 2748) by a vote of 22 to 17. The vote was along party lines, with all Republicans voting in favor of the measure and all Democrats voting against it. All amendments submitted by Democrats were defeated by the same margin.   [Read more…] 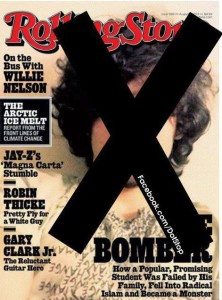 Dating back to the days of the New England Watch and Ward Society, Boston has a (not so) proud history of banning publications deemed to be objectionable.  H.L. Mencken was arrested for selling a banned copy of his American Mercury magazine in 1926.  Lillian Smith’s novel,Strange Fruit which featured an interracial relationship, was banned.

Others proudly “Banned in Boston” included Walt Whitman (Leaves of Grass), Eugene O’Neill (Desire Under the Elms), Sinclair Lewis (Elmer Gantry), Ernest Hemingway (The Sun Also Rises) and even the song “Wake Up Little Susie” by The Everly Brothers.

The banning agencies and tactics have varied over the years, but the results have usually been the same: “Banned in Boston” is a badge of honor for publishers and authors…

It’s day three of my Filner-less news roundups, prompted by a desire to make this website something more than All-Bob-All-The Time, and I’ve got to say it’s been tough. Tomorrow I unleash the Kraken    [Read more…] 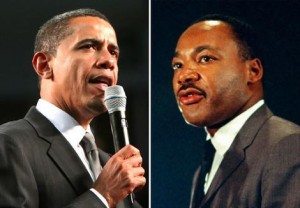 It was a busy weekend, chock full of news. President Obama took the oath of office Sunday, as required (today’s festivities are merely a show), hundreds of thousands of American participated in Days of Service, tens of thousands of guns rights-types rallied for Guns Across America/Gun Appreciation Day, five people were killed in New Mexico by a teenager wielding a semi-automatic rifle and five gun enthusiasts were wounded by accidental discharges of firearms at guns shows around the country.   [Read more…]

What Was Happening in Ocean Beach One Decade Ago – August 2012 ?

In 1966, the Surfing Championships Brought the World to Ocean Beach