;
You are here: Home / Archives for Annie Lane

The year 1827 saw the first African American owned and operated newspaper called Freedom’s Journal, which operated out of New York. The paper was founded by Rev. Peter Williams, Jr., and other free black men, with John Russwurm and Samuel Cornish working as senior and junior editors respectively.

Despite its mere two-year life span, Freedom’s Journal had a profound impact. Its aim was to discuss issues that mattered to the black community and counter the racist commentary of mainstream media. According to Black Past, a subscription to the Journal cost $3 per year and, at its peak, it circulated in 11 states, as well as the District of Columbia, Haiti, and parts of Europe and Canada.

Freedom’s Journal provided its readers with regional, national, and international news and with news that could serve to both entertain and educate. It sought to improve conditions for the over 300,000 newly freed black men and women living in the North. …

Of that number, in 1921 three black women became the first to receive PhDs: Georgiana Simpson in German philology from the University of Chicago; Sadie Mossell Alexander in economics from the University of Pennsylvania; and Eva Dykes in English philosophy from Radcliffe College. The order is based on their believed commencement schedules that year.

Simpson worked through college, attending Harvard and Clark University before enrolling full time at the University of Chicago at the age of 41. Although Simpson was not Chicago’s first black student, she sparked a protest when she decided to live on campus.   [Read more…]

In 1961, Air Force Captain Ed Dwight became the first black astronaut trainee, assigned directly by the Kennedy Administration. As a candidate, he faced discrimination but was able to overcome adversity until the assassination of John F. Kennedy, after which government officials created a hostile environment and reassigned Dwight to a non-existent test pilot school in Germany. He resigned from the Air Force in 1966.

A U.S. Air Force officer, Guion Stewart Bluford became the first black astronaut to enter space. Guion was chosen by NASA out of thousands of applicants, and his space career spanned 24 years. He spent a little more than a total of 28 days in space.

According to a 2012 informational sheet, NASA states a total of 321 astronauts have been selected for the intensive Astronaut Candidate training program. At that time, the number of black astronauts totaled 16, or roughly 5 percent.   [Read more…]

Marvel Comics’ Black Panther was America’s first African comic book superhero, debuting in 1966 — 32 years after Mandrake the Magician, who is believed to be America’s first ever superhero. It would be 50 years before Black Panther would be introduced in live-action, appearing in 2016’s Captain America: Civil War. Black Panther is the T’Challa (politician) turned Prince turned King of the fictional African nation Wakanda.

In 1969, Marvel’s Falcon was introduced as the first African-American superhero. He would later become Captain America’s partner and is the first black superhero to not have the word “black” in his title. He wasn’t introduced on the silver screen film until Captain America: The Winter Soldier in 2014.

Luke Cage, or Power Man, followed in 1972, also with Marvel Comics. Originally, Cage sported an afro; however, his modern appearance has a shaved head. In 1973, Blade was introduced. Initially hailing from London, England, his on-screen portrayals depict him as being from Detroit, Chicago.   [Read more…]

In 1951, Henrietta Lacks was admitted to Johns Hopkins Hospital, one of the few hospitals to attend to black patients at the time, for treatment of cervical cancer.

After a biopsy, it was soon discovered that the young mother of five had cells that differed from any others previously studied: where other cells would die, Lacks’ cells doubled every 20 to 24 hours. The cells were nicknamed HeLa and are still used to study the effects of toxins, drugs, hormones and viruses on the growth of cancer cells without experimenting on humans.

Lacks died on October 4, 1951, at the age of 31. Lacks was never informed that her cells had been harvested and her family was never compensated for the incredible scientific breakthrough she inadvertently provided to modern medicine. The issue of compensation is still ongoing.   [Read more…] 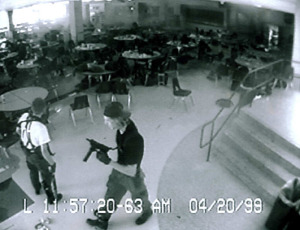 The 1999 Columbine High School shooting jolted me. I was 15 at the time. That is, I was still immortal and arrogant in the way that only a teen can be. Despite this, I remember being jolted by the violence of it, and the permanence. The kids killed were my age; they were essentially moments away from entering into the adult world, however unprepared, just like me.

The black-and-white cafeteria footage that ran on a seemingly endless loop across news stations nationwide was spell-binding. It was simultaneously real while perfectly mimicking Hollywood violence – or was it the other way around?   [Read more…]

Trump’s 100th day in office wouldn’t be complete without the persistent reminder of just how much the man is disliked, his harmful policies hated and his illegitimacy not even close to being forgotten. It came in the form of the third annual People’s Climate March.

The People’s Climate March is a meaningful tool for environmentalists to express their outrage over the current administration’s rollback attempts of policies that address global warming. It holds even more significance given the EPA removed most of the information surrounding climate change from its website just yesterday.   [Read more…] 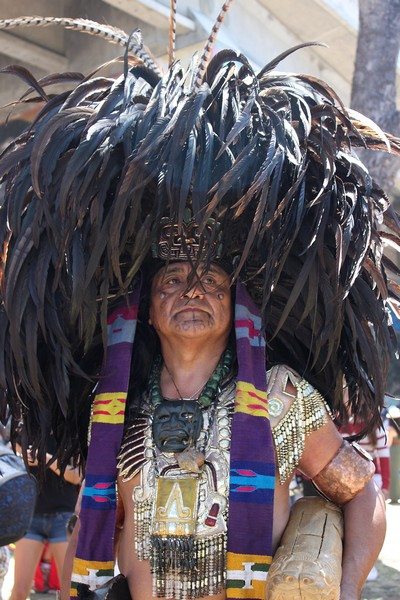 Surrounded by the famous murals that make Chicano Park a powerful and spiritual refuge on a regular day, it is impossible not to be affected by the deep traditions that make up the Chicano culture while visiting during the 43rd annual Chicano Park Day.

Not even the blistering sun could keep hundreds from coming to celebrate . This year marks the first that the park and its murals have been listed on the National Register of Historic Places since being established by Chicano activists on April 22, 1970.

The event showcased classic cars, vendors, food, music and Aztec dancers, and was attended by couples and families alike — many of whom have been taking part in this celebration for years.   [Read more…]

While Mike Pence decided to recognize Black History Month by honoring a white man, Donald Trump was busy vaguely listing the few black people he’s heard of throughout his 70-plus years of ignorant life in a zero-hearted attempt to care about anyone other than himself.

One such man was Frederick Douglass, the ex-slave turned abolitionist, author, suffragist, editor and diplomat. Here’s what Trump said:

“Frederick Douglass is an example of somebody who’s done an amazing job and is getting recognized more and more, I notice.”   [Read more…]

Welcome to the San Diego Free Press’ newest column! We don’t make a habit of publishing press releases and, because we are all-volunteer run, we simply don’t have the resources to cover every event or topic of interest. What’s in our Mailbag? is a consolidation of information we’ve been sent from organizations or individuals we think is important to share.

Police Presence in School Has Negative Effect on Students

Vote No on Measure B, a letter to the editor from the League of Women Voters

The day has come.

Donald Trump is rallying in San Diego at the Convention Center at 2 p.m. (doors open at 11 a.m.). The San Diego Free Press will be live blogging today’s events. We’ll be pulling pictures and updates from people on the front lines who use the hashtag #NeverTrumpSD or you can send them directly to contact@sandiegofreepres.org.

Here’s what you need to know right now, plus a list of anti-Trump protests throughout the day:   [Read more…]

Men are from Mars and women are from Venus. We all know this. But there’s a pretty key difference in how women prep for dates — especially first dates — and it’s way bigger than shaving our legs, trying on multiple outfits multiple times or otherwise attempting to look cute.

In a “so sad it’s funny” social commentary, the YouTube channel Unsolicited Project offers up its newest video, How Women Get Ready for First Dates. In it, the woman tells her roommate: “Just remember exactly what I’m wearing right now just in case I go missing.” By contrast, the guy throws on a jacket and heads out the door.   [Read more…]