You are here: Home / Archives for Christine Schanes

By Christine Schanes / The OB Rag

These public records fee waivers were provided during the 2013-14 California legislative session by the passage of Assembly Bill 1733 whose primary author was former Assemblywoman Sharon Quirk-Silva and whose joint authors were Speaker of the Assembly Toni G. Atkins and Assemblymember Brian Maienschein.   [Read more…]

Every day many of us see a homeless person holding a sign or a cup begging for money. The kind-hearted people among us often give spare change or a dollar to this homeless person. However, we may ask ourselves, “Will a dollar make a difference in the life we’ve just touched?”

Yes, a financial gift of any amount does make a difference – a number of differences, in fact. With our contribution, the homeless person will be able to accumulate enough money to purchase the basic necessities of life – food, clothing and shelter. Further, by reaching out to the homeless person, we show that we care, which uplifts his/her spirits. And our generosity expands our own feelings of compassion which science has shown positively affects our immune system.   [Read more…] 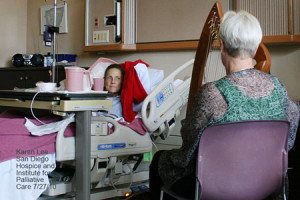 There is one certainty in life – we are all going to die. How and where we die are the only issues.

Will we die quickly or have a lingering death? We don’t know. However, most of us housed people are pretty sure we will die indoors in some health facility or in our own home. In fact, some of us buy insurance so that we are assured of the particular standard of care and facility we prefer in our last days.

However, what about unsheltered homeless people? They live outside and very likely will die outside.

How do I know this? Because over the past several years I have been involved in the end of life care for three homeless friends. I’ve written about Bobby Ojala who passed in late August 2012 and Susan Hunt who died twelve days later in early September. But, Karen Lee Creeden was the first homeless person I helped die indoors.   [Read more…]

NIMBY is the abbreviation of the phrase, “Not In My BackYard.” It is a term used to describe the negative emotional reaction that some of us experience when we fear that other people, who belong in a group other than the group to which we align ourselves, may live near or among us.

NIMBYism is the term used as a noun as in the sentence, “Group homes for people with severe mental challenges are not welcome in this neighborhood because of the NIMBYism of its residents.”

The focus of NIMBYism can be any race, economic class or any basis upon which similarly situated people can be distinguished from other groups.

The online Merriam-Webster Dictionary states that the first known use of this term was in 1980. However, the negative emotional response to people unlike ourselves living in our neighborhoods developed long before its use in everyday parlance.   [Read more…] 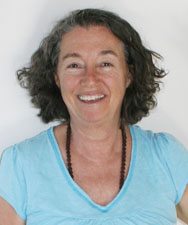 I didn’t expect my life to change as a result of my research for articles about homelessness for The Huffington Post. But that’s exactly what happened.

In the course of my research, I contacted several lead agencies of Continuums of Care (CoCs) in California to learn about their responsibilities.

As you may know, the U.S. Department of Housing and Urban Development (HUD) requires each Continuum of Care (CoC), a group of service providers with a lead agency, to conduct a biennial Count during the last ten days of January, of homeless people living within its geographical area. Some CoCs, including the one in San Diego, California, conduct their Counts annually even though they are not required by HUD to do so. 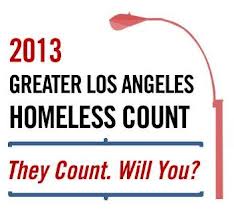 For some time now, we have been aware of homelessness in our midst. In the 50’s, we called people without homes, “hobos.” The hobos were generally men who we believed chose the free and easy lifestyle of riding railroad cars and doing odd jobs for housed country folk in exchange for sandwiches.

Today, the fastest growing segment of the homeless population is families, including single mothers with their children. I don’t know anyone who believes that families choose a homeless lifestyle. There is nothing free and easy about their homelessness. And there are no romantic movies being made about their plight.   [Read more…] 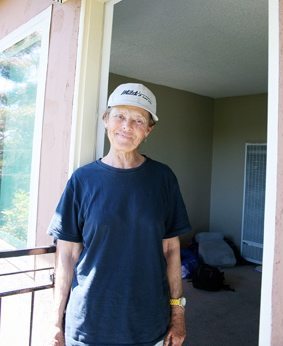 In the accident, Susan hit her head and suffered severe brain trauma. She was on life-support at Scripps Hospital until yesterday, when, following her previously stated wishes, extraordinary measures were removed. Within fifteen minutes thereof, Susan died peacefully.

Susan had been homeless for over 10 years.   [Read more…] 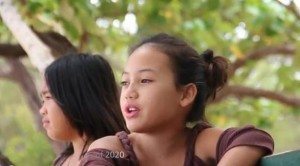 Would you appreciate the opportunity to be inspired? Do yourself a favor and watch this video, Dream What Could Be Done, sung by children of Lanai High and Elementary School (LHES) Fifth Grade Class of 2020 under the direction of Matt Glickstein, educational assistant for the Department of Education, State of Hawaii:

(Go inside for the video.) Some of the children share their thoughts on homelessness.

“There’s always something you can do.” – KA

Last night, my friend, Bobby, died. A San Diego, CA native, Robert Eugene Ojala, 56 years old, was homeless. Bobby was grateful for the hospital and residential hospice care he received which enabled him to spend his last several weeks indoors and free of
pain. After run-ins with the law, Bobby found Jesus and changed his attitude about life.   [Read more…] 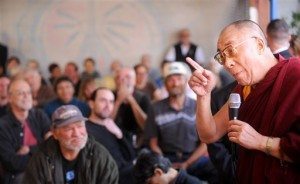 “Consider the following. We humans are social beings. We come into the world as the result of others’ actions. We survive here in dependence on others. Whether we like it or not, there is hardly a moment of our lives when we do not benefit from others’ activities. For this reason it is hardly surprising that most of our happiness arises in the context of our relationships with others.” – His Holiness the 14th Dalai Lama, Ethics for the New Millennium

In the above quotation, His Holiness points out the importance of having positive relationships with other people. Among the positive ways we may relate to others is through love, intimacy and companionship. But, do homeless people have these relationships? I asked homeless people about this topic and I thank them for their responses that follow.
[Read more…] 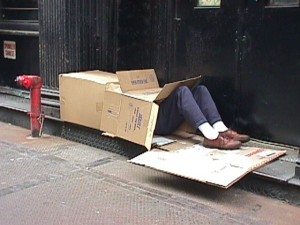 There is no question that every political issue has at least two sides – the pros and the cons. Issues involving homelessness are no different. However, when weighing the impact of both sides of homelessness issues, often one side appears to have a greater impact upon humanity than the other. In other words, in analyzing the issues of homelessness, the sides are not necessarily even. In fact, sometimes the impact of the political decisions relating to homelessness can be cruel.

For example, there are municipal ordinances in many cities prohibiting sleeping on public land, including beaches and parks. On the positive side, these laws protect public property from overuse – an important goal so that members of these communities can continue to share open spaces. However, homeless people may experience the impact of these laws as depriving them of a legal place to sleep.   [Read more…]