You are here: Home / Archives for Frank Gormlie

This first appeared at the OB Rag.

This is Part 2 of my “brief” history of modern OB activism. Here’s Part 1. It is taken from a talk I gave at the Open House of the Green Store on July 14th.

The 1980s were a period of accommodation. Hippie businessmen and women emerged on the scene in OB and were accepted. The projects of the hippie radicals of the late Sixties and Seventies had all but faded away – many of the hippies remained however, buying homes in OB or Point Loma, getting married, and having careers and children. But the radical pioneers had paved the way for a new wave of hippies – it was the coming of age of the “hip-oisie”, a type of hip petite-bourgeoisie. Young, hip businesspeople not only emerged and opened up shops within OB’s business centers, but they became the leaders on Newport Avenue, breathing new life into a older, moribund business elite that had grown out of touch with the residents of the community.

The new hip-oisie ushered in a new type of activism, an activism that resulted in such mainstays that they are taken for granted today : the OB Christmas-then-Holiday Parade, the Christmas Tree, the OB Geriatric Surf Team, the annual OB Street Fair. In essence, then, over the decade, there had been a re-making of the main commercial street in the village. Newport Ave had experienced an overhaul.
[Read more…] 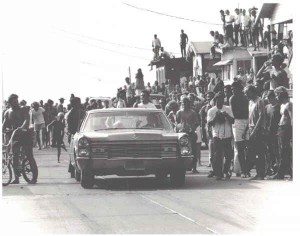 The following is based on a talk I gave at the Green Store’s Open House on Saturday, July 14th.

This is an outline of the history – the modern history – of OB grassroots activism – which began in the late Sixties with the development and growth of the hippie sub-culture, the counter-culture.

By 1967, Ocean Beach had become the Haight-Ashbury of San Diego. OB was the San Diego equivalent of that fabled and iconic San Francisco neighborhood that had become synonymous with “hippie-ism”. If you were a hippie or a hippie-wannabe during this time somewhere in San Diego, you ended up in OB.

Of course, other factors contributed to the incubation in Ocean Beach of a community sympathetic and supportive of the new emerging counter-counter: before there were long-haired hippies in OB, there were long-haired surfers – as this community had been a center of surf-culture for years by time OB had morphed into a hippie haven. And, more in general, OB had been a classic southern California beach-college town, where students and young people made up a huge proportion of the residents. There were no colleges right in OB, but there were plenty close by. Cal-Western (now Nazarene) was just up the hill in Point Loma. Plus OB was a bedroom community for USD – also not too far away, but especially for San Diego State, and Mesa, City, UCSD.
[Read more…] 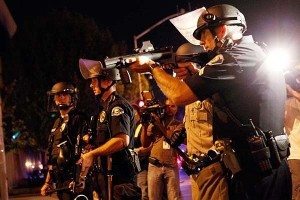 Hundreds of Protesters – 24 Arrests and 7 Hours of Confrontations

Unrest continued last night – Tuesday, July 24th – in Anaheim, the fourth night in a row – between community residents protesting recent police lethal shootings and law enforcement. 24 arrests were made yesterday and overnight, near a half dozen injuries occurred during the seven hours of conflict Tuesday that ended around 2 a.m.

Anaheim police remained on alert Wednesday. The family of the man fatally shot on Saturday is suing the City and police and a support caravan from San Diego is going up to Anaheim on Sunday, July 29th.

Between 500 and 600 demonstrators were reported to have carried out protests throughout Tuesday, as hundreds of extra police were brought in to supplement Anaheim’s city police. Many of the protests were peaceful, yet police again fired pepper balls and beanbags at unarmed protesters. Some business windows were smashed, rocks were thrown at police, and dumpsters lit on fire.
[Read more…] 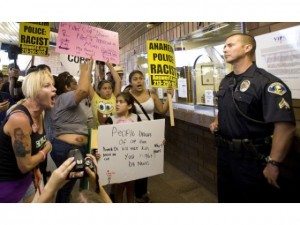 The City of Anaheim, California – home to Disneyland – is in the national spotlight right now for a vicious police assault Saturday on a Mexican-American community.

It all started Saturday, July 21, when Anaheim police approached three men in an alley. The men reportedly fled, but one – Manual Diaz – a 25 year old man – who police said was a known gang member – was chased to the front of an apartment complex where he was shot and killed by police. One eyewitness told the media that he witnessed Diaz being shot in the back or buttocks area, that he fell to the ground, and then was shot again in the head. The Anaheim police chief later said that Diaz was unarmed.   [Read more…] 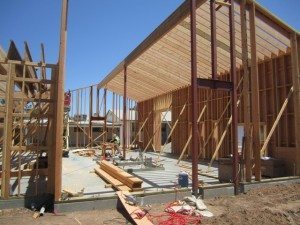 You can’t go from one end of Lemon Grove to another without seeing the telltale signs of a virtual construction boom. There are so many construction projects going on right now in this East County city of 25,000, just 10 miles east of downtown San Diego, that you’d think the recession was over and things were … well, rosier than they are.

Yet in Lemon Grove, there are half a dozen construction projects in process, exhibiting the fact that both public and private money are at work here. And on top of that, city officials broke ground yesterday at a ceremony welcoming yet another project – the promenade and park centered around the city’s primary trolley station, just next to Main Street and Broadway.

Let’s take a quick look at all these projects.

At the southwest corner of the very busy Massachusetts and Broadway intersection, Walgreen Pharmacy is financing a new facility. I spoke briefly to superintendent Andy Dipalma of Savant Construction while inside his trailer. Being somewhat distrusting of strangers wandering through his site, Andy told me that the new pharmacy should be completed in September of this year. He estimated that the project employed about 45 people – bringing jobs to this sector of the economy.   [Read more…]

We have just heard that the San Diego Planning Commission this morning voted 4 to 1 against authorizing the so-called Quail Brush Power Plant, planned next to the Mission Trails Regional Park.

For now the power plant is dead. The plant applicant will most likely appeal to the San Diego City Council. The actual vote was to deny an application to order staff to conduct a full study on rezoning the area near Santee. The gas-fired plant application was to initiate a review of the East Elliott Community Plan by Charlotte, N.C.-based Cogentrix.
[Read more…]

The folks at the Save Mission Trails applaud the San Diego Planning Commissioners for their diligence and the votes which opposed initiation of regulation changes to site the Quail Brush power plant. One more vote is needed on July 19th, 9 AM at the Planning Commission (PC) Hearing to finalize their opposition.

County residents are asked to immediately step-up written notes of opposition by sending each a message to the San Dieog Planning Commission, San Diego City Council and the California Energy Commission (CEC). (See this sample message). Residents are asked to their thoughts about why open space in the Mission Trails Design District of East Elliot is too valuable to convert to industrial uses. The Mission Trails Task Force will also be considering this issue on July 19th at 1 PM.   [Read more…]

A protest is being planned at the next open meeting of San Diego’s Citizens Review Board on Police Practices. A grand jury investigation uncovered major corruption at the Board. (Here is an article on the Grand Jury report.)

Some of the violations included police presence during closed sessions, police harassment, intimidation and bullying of board members who disagreed with police findings.

To improve the Board, the Grand jury made the following recommendations to the mayor:   [Read more…] 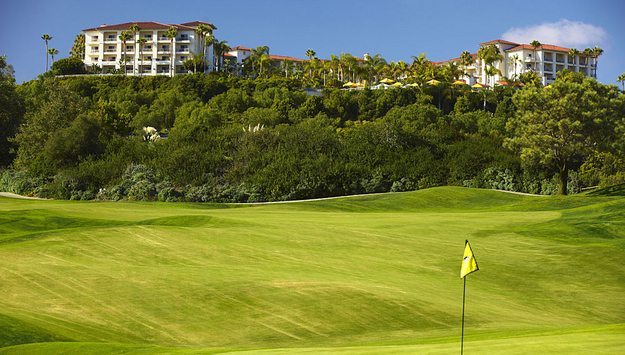 Looks like our contest to locate the secret site of the Koch brothers’ confab has a winner.

The political site BuzzFeed has announced that sources have passed on the location of the site, and it’s:

the Park Hyatt Aviara resort in Carlsbad, just up the road from San Diego.

Since Primary election eve, when the results were coming in, San Diego conservatives have been celebrating their perceived “victories”. Me thinks they are celebrating way too early, as the results are not as favorable to the GOP and their extremist friends as they think it was. Check this out.

First, the California Primary was one of the lowest voter turn-outs in history – 36% – if not the lowest. Low turn-outs tend to favor conservatives, whereas large turn-0uts favor Democrats and liberals. And Democrats did stay away from the polls, as there was no big-ticket item on the ballot. Sure, Barack Obama was on it but he was a shoe-in. And Senator Dianne Feinstein was on it as well, but she didn’t have any serious challengers. Yes, there were two state-wide measures – and one of them – Prop 28 – which does aid democracy just a tad -passed handily – but how can anyone get excited about a tax on tobacco.   [Read more…] 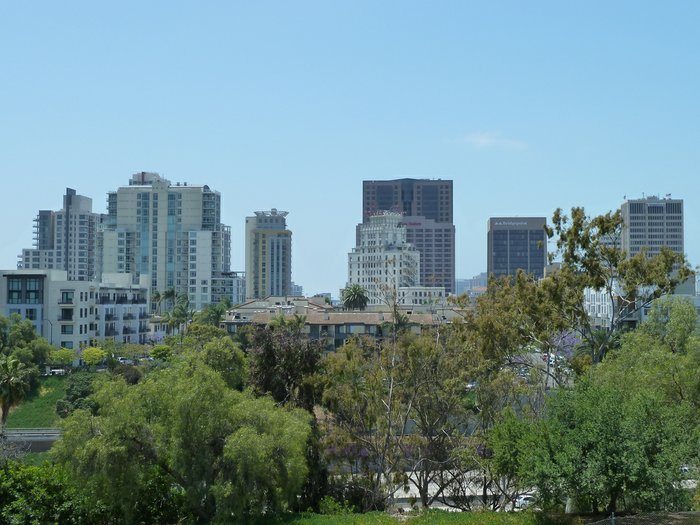 We want to welcome our readers – today is our first “official” day for the publication of the San Diego Free Press.

The San Diego Free Press will bring to the rest of San Diego what the OB Rag has been bringing to the community of Ocean Beach these last four and half years – an online source of news, issues, and progressive views by citizen journalists, plus providing of a platform for the discussion of issues relevant to the village of OB.

The San Diego Free Press – in the planning stages for over a year and half – will be a source for neighborhood news from all the ignored and forgotten communities of our area, and it will provide a source and platform for progressive views for and by San Diegans.   [Read more…] 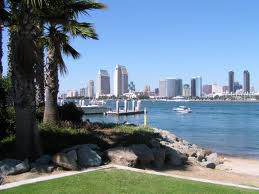 Here is a summary of the candidates and propositions that San Diego’s different left-of-center and left-wing groups and media projects are endorsing for the June 5th California Primary. (Note: not all races are covered, especially those of smaller municipalities and non-controversial propositions).

First – of course, there is a left in San Diego politics – so, those who cannot accept it, get over it. (For a refresher course on left vs right, see here and here.) The groups reviewed for their endorsements are all left or left-of-center. And by report   [Read more…]

‘All Chill on the Western Front’ of OB

Sixth Day of George Floyd Protests in San Diego – Including in Midway, OB, Mira Mesa, Broadway Heights – and Paddle Out in Encinitas