You are here: Home / Archives for Horacio Jones

Although I can’t call myself an avid comic book fan, I was glad to have the opportunity to walk around the convention and talk to some local participants at Comic-Con this year. It was exciting to see local filmmakers Crysstal Hubbard and Machelle Noel get the chance to promote their fan film “Supergirl Unburdened” and sign autographs. A couple of local venues also hosted off-site events such as Chicano-Con and Comic Conga.

These types of events are important because they give the local community a chance to experience the spirit of the convention in their own neighborhood and also give local artists another avenue to exhibit their works.   [Read more…] 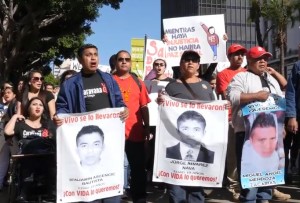 The quest for justice for the 43 Mexican students continues

When I heard that the families of the “normalistas” were coming to San Diego I was keen to do a story on their caravan. Ever since I heard about the kidnappings I felt compelled to do whatever I could to support their cause against the “narcos” and the Mexican government. I feel that the only way things will change in Mexico is through the grassroots efforts of people like these who are tired and disgusted with the current state of Mexican politics.

There have been numerous calls by the international human rights community to continue the investigation but the government has seemingly disregarded them. It’s evident that the government doesn’t want the real truth to be known, especially if it may implicate them or the armed forces.   [Read more…] 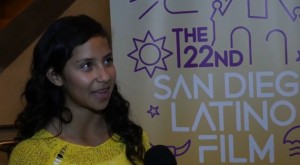 For 22 years the San Diego Latino Film Festival put on by the Media Arts Center has brought great independent cinema to San Diego. It has become a unique event that many locals look forward to every year.

This year the film festival has moved their venue to AMC Fashion Valley 18 and has a new sponsor – San Diego County Lexus Dealers. During the Media Kick-Off Party I caught up with festival founder Ethan van Thillo, who gave a preview about what to expect during this year’s film festival. Several local filmmakers and actors were also in attendance and I interviewed Adriana Bush about her local documentary “Jessica Fights Back.” I also got to speak with a young local actress, Johanna Trujillo about her starring role in “Lake Los Angeles.”   [Read more…]

December 13, 2014 was a historic day for the up and coming neighborhood of Barrio Logan. It was the official ribbon cutting ceremony for the Barrio Logan gateway sign. It is a distinctive addition to the existing signs in the Gaslamp, University Heights, Hillcrest, North Park and The Boulevard.

I was able to get insight into the creative process behind the sign and its symbolism through interviews with lead artist Armando Nuñez and architect Vicky Estrada. It was a fun-filled day for the community with Aztec dancing, Mariachi Music, original music from Cumbia Machin and local vendors selling food and art.   [Read more…] 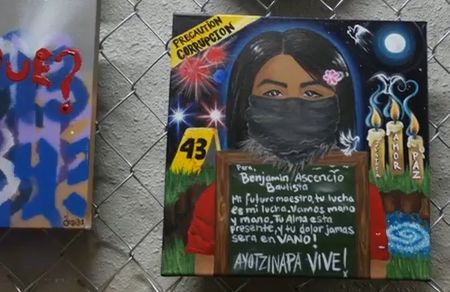 On September 26, 2014 in Iguala, Guerrero, Mexico, 43 students from the Ayotzinapa teachers’ school were kidnapped on their way to protest against the wife of the Mayor of Iguala during a political event in her honor. Both the Mayor, Jose Luis Abarca and his wife Maria de Los Angeles Pineda have been accused of ordering the local police to abduct the students and turn them over to members of a local drug cartel called “Guerreros Unidos.” Allegedly the students were then tortured and burned alive. To date only the remains of 1 student have been identified.

I recently went to an art gallery in Barrio Logan where local artists put together an exhibition themed around the plight of the 43 students. I found it to be a unique opportunity to hear the artists’ opinions on the disappearance of the students and allow them to voice their solidarity with the people of Mexico.   [Read more…] 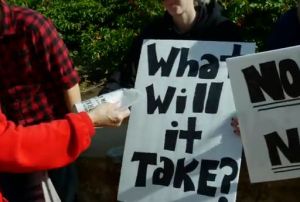 Since the grand jury decisions in the Michael Brown and Eric Garner cases, Americans have had to face the issues of race and police brutality once again. Many have taken to protesting as a way to have their voices heard. On December 13, 2014 there were numerous nationwide protests and I caught up with some of the protestors in Balboa Park to get their opinions on race relations with the police and what can be done to improve them.

No matter which side you are on, freedom of speech is paramount to the successful resolution of this obvious problem regarding police killing unarmed citizens.   [Read more…] 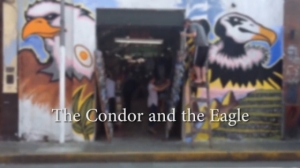 The Condor and the Eagle: Part 1

“An ancient prophecy, says when the Eagle of North America and the Condor of South America unite and fly together, the spirit of peace will awaken on Earth. After waiting for millennia, many native peoples believe the time is now.”   [Read more…]

Upon moving into my new office I ran into an organization across the hall called Veterans 360 which is dedicated to helping veterans. Since I always felt that veterans have gotten a raw deal from the government in exchange for their honorable services to the country, I decided this would be the perfect opportunity to find out more about what could be done to help veterans and also find out for myself why they are having such a hard time getting back into civilian life.

Rick Collins, the founder of Veterans 360 was very accommodating and even helped to recruit some veterans who told us about their personal challenges since separating from the military and what they think needs to be done to alleviate the problem.   [Read more…] 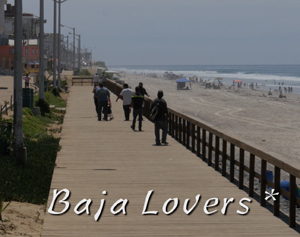 Last week I had to travel to Rosarito for a video gig, so I took the opportunity to pay a visit to a couple of friends who had moved to Baja a few of years ago.  I decided it would also be a good idea to do some kind of story about ex-pats living in Baja while I was there.  So I paid Shari and Fernando a visit to see what it was like for them now that they live along the Baja coast.

During the trip we also met another Shari and an artist named Gretchen who has opened up a place called Art House Rosarito, where she lives, creates art and plans for sustainable communities.  She also opens up her home to other artists to stay and work at.

In this report they discuss what it’s like to live in baja, as well as the differences between the U.S. and Mexico.  This is an expansive subject and you could certainly make a feature documentary about it, and I hope in the future to be able to make a more comprehensive report on the subject. Who knows, maybe I’ll even make the move…   [Read more…] 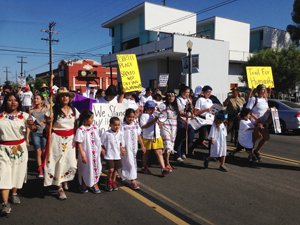