You are here: Home / Archives for Jim Bliesner

The Museum of Contemporary Art opened their new exhibit Friday evening January 29th at the La Jolla location. The paintings of Ed Ruscha and Alvaro Blancarte were presented in the Museum’s two main galleries.

The opening reception was crowded with an eclectic mix of members and non-members. Jazz sounds by the New Jazz Trio were only interrupted by speeches and acknowledgments by Museum staff and the artists themselves. The bar had three lines all evening although drinks were not allowed in the exhibition spaces.

It’s always curious what people experience or are seeking at an art opening in a museum.   [Read more…] 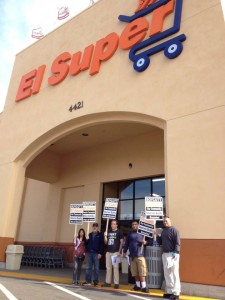 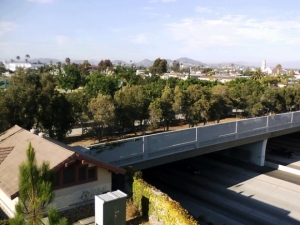 The first session was inclusive and allowed input. The second event featured a panel of downtown experts with limited community engagement. The third will happen at the City Heights library (3795 Fairmount Ave) on January 8 at 5:30PM.

According to the announcement “On January 8, 2015, Civic San Diego will hold a third convening regarding its new initiative to create a broad-based collaborative network of stakeholders to inform the development of our Community Benefits goals. This convening will introduce the online engagement platform where, over the next several weeks, stakeholders will be able to share their interests, collaborate to evolve ideas, and identify and prioritize shared values for their neighborhoods.” The process will result in some goals and values from the perspective of Civic SD. The neighborhoods might have a different idea in mind and see the need for some serious negotiations.   [Read more…] 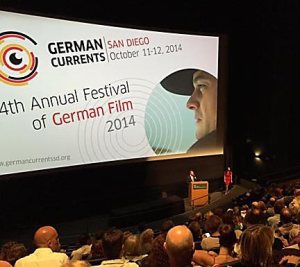 The fourth annual German Film Festival in San Diego opened on October 11 with “Das Finstere Tal” (The Dark Valley). It is an Austrian Western set in the Tyrol Mountains on the Italian border.  The film, directed by Austrian Andreas Prochaska,was the winner of eight German Film Awards.

“Das Finstere Tal” centers on a small family cult whose leader has six sons. They carry out a reign of terror upon the members who seek sanctuary in the camp, cradled in a crevice of the steep Tyrol Alps.   [Read more…] 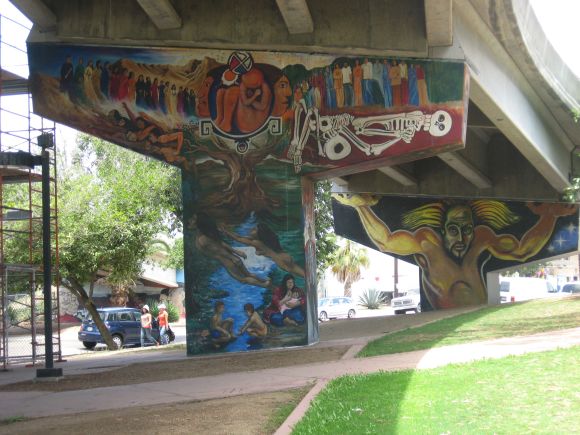 California is leading the world in its pursuit of reducing carbon emissions, the identified culprit in causing global warming. California has not only established benchmarks for major industries for their reduction of carbon but has legislated a fining system for those who do not comply with the benchmarks.

If a major polluter, say Sempra Energy cannot meet its goal of reduced emissions, it has the option to pay the state for the excess. The payment goes into a statewide Cap and Trade fund (Greenhouse Gas Reduction Fund). Those funds in turn are to be allocated to activities that reduce carbon emissions.   [Read more…] 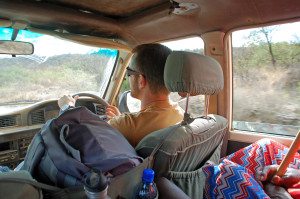 Editors note: Jim Bliesner spent the last month traveling through Africa. This post from the road is about a trip from Nairobi to the Lale’enok research camp near the Tanzania border.

You drive for four hours, south out of Nairobi on a two lane rutted road that spirals down into the South Rift Valley. By the time you reach the bottom of the winding decline and into the Valley floor the “city” has receded into the background and plains stretch into the clouds in all directions.

Black sprinkles of cattle tended by figures robed in bright reds and blues break the landscape. Periodically the car stops while cattle are walked across the road to greener pastures. Now and then a speed bump slows the journey and we are introduced to local vendors selling vegetables, fruits, bright colored candies, tourist trinkets, mementoes of the culture and geography.

We arrive at Olorgesaile the sight of a regional meeting of Maasai landowners assembled to discuss their collective future at the First Annual Maasai Cultural Heritage Festival. The Maasai tribe dominates the geography in the South Rift Valley and is organized into the South Rift Association of Landowners (SORALO) headed by John Kamanga. The movement percolated through the African Conservation Center, a Kenyan national non-profit dedicated to “saving African biodiversity through sound science, local initiative and good governance”.   [Read more…] 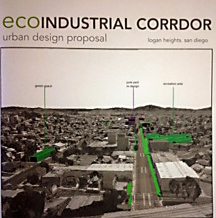 Local Woodbury Architecture School students in the graduate Landscape Urbanism program under Professor Rene Peralta have undertaken to develop designs for the “Greater Logan Heights” area to link urban design and healthy communities. The question raised by the student’s designs is whether community level efforts can qualify as strategies for reducing CO2 levels.

The idea is that reducing carbon emissions does not just need to be about electric cars, modified freeways and bullet trains but can in fact be the impetus for making our communities more livable. Sound ecological urban design can both achieve carbon reductions and make our communities more walkable and healthy according to the students.   [Read more…] 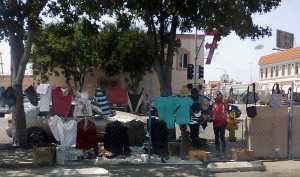 The informal economy forms a major portion of the day to day economic life of most City Heights residents. It is very visible throughout the neighborhood. Frequent and constant “yard sales” appear daily but more often on weekends. Fruit vendors appear at random locations with everything from oranges, mangos, watermelons to fresh boxes of papaya. Soccer games are sites for icy cones, fruit, and in some cases hot food.

Food vendors circle the soccer field. When school lets out at the Adult Education Building the food is ready. Periodically tamale vendors wander down the street, followed by hand built furniture salesmen in big pickup trucks filled with tables and chairs. Rather than a food truck one may find a push cart parked outside the bars at midnight. Garages serve as sewing factories while kitchens cook tamales, various specialty dishes for local restaurants. There are two full blown Nicaraguan restaurants in someone’s living rooms and yard known only to the special invitees and guests.   [Read more…] 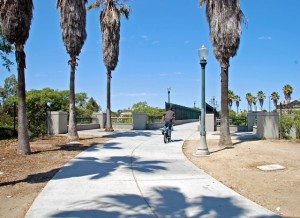 An excerpt from I-15 in City Heights: How a Freeway that Divided the Community Became an Urban Monument to Citizen Activism:

Something happened to create all of those [architectural developments bordering the I-15 freeway]. They didn’t just show up fully blown from an engineer’s sketch pad. It was the assertive voice of the people of City Heights that modified the design over a period of at least twenty years. The covers, in some people’s eyes, stand as an urban monument to citizen activism, focused on things larger than anything they might ever work on for their whole lives.   [Read more…] 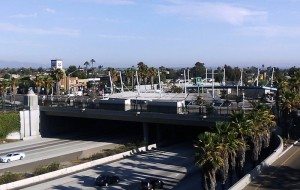 When you drive North or South on I-15 between University Ave. and El Cajon Blvd. you can’t help but notice a few unique things, especially if you compare the ride to being on 805 between the same streets. First you notice the walls go straight up and down rather than splayed wide like a sliced piece of chicken. Second, when you go under University or El Cajon you’ll notice the street covers are larger than other underpasses on I-15.

The third thing you notice is that you pass under a block long cover; so long it’s necessary to light it up underneath, and long enough to honk your horn at least three times before you hit sunlight again. Then you notice there are trees on the wide covers. If you are really attentive and you are heading north, you can look to your left just before University Ave. and there is a huge park adjacent to the freeway. If you look up right then you will see a footpath connecting the homes on each side of the freeway as well.

If you are quick and you look at the University or El Cajon overhead signs you will see that they read “Transit Plaza.” You won’t see that designation on other large green overhead signs on the interstate. At the Adams Ave. bridge look left and you will see another park butting up to the freeway. You will probably notice that the Adams Ave. bridge is smaller than those of El Cajon and University. The walls are straight from end to end on either side of the tube. In the middle of the freeway from end to end through Mid City you see a vacant wide lane from sitting there like it is waiting for something to happen, some future plan.   [Read more…] 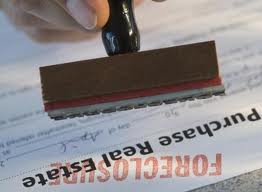 Frustrated at experiencing bank violations of legal requirements, community organizations attended shareholder meetings to protest. Organizations from California and New York traveled to Tampa on May 21st to speak out at JPMorgan Chase’s annual shareholder meeting and demand accountability by the bank. The groups, which hold shares in JPMorgan Chase, detailed the harms the bank causes to communities throughout the country through its abusive and discriminatory mortgage lending and foreclosure practices.

The groups supported resolutions that would require the bank to disclose its lobbying activities and spending and to separate the positions of Board Chair and bank CEO. JPMorgan Chase has lobbied heavily against financial reform despite its failure to impose regulations written to ensure that the bank treats homeowners in foreclosure fairly and to prevent significant proprietary trading losses.   [Read more…] 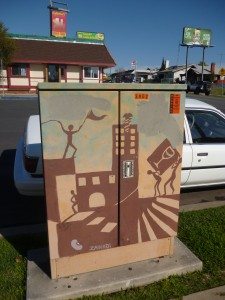 Cheryl Dye, a North Park resident and business owner, President of the North Park Main Street and a member of the North Park Planning Committee presented a full blown summary of the problem of unsightly electrical boxes littering the streets of North park at a City Council Committee hearing on September 24, 2012.

According to her testimony the electrical boxes, put in place by SDGE, Cox Communication and ATT as an alternative to overhead wires, haven’t worked out very well:  “Our urban landscape is being blighted by unsightly utility equipment. The proliferation of this equipment is damaging neighborhood character, impeding walkability and reducing property values.”   [Read more…]