You are here: Home / Archives for Jim Bliesner 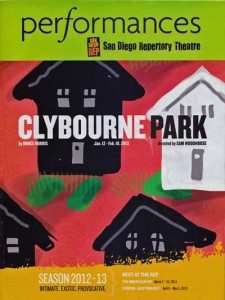 The first act of Clybourn Park, now at the San Diego Repertory Theatre is about “white flight” or “block busting” set in 1959. The second act is about “gentrification” and “new urbanism” set in 2009. In the first act a black family is buying a home in a traditionally Caucasian neighborhood. In the second act, the same house is being sold by a black couple to a young Caucasian couple moving back into the city wanting to remodel and add onto the old house. If this was San Diego the play would be called Sherman Heights or Golden Hill and cover the same period. The play is about a real phenomenon across the American urban landscape and alive today.   [Read more…] 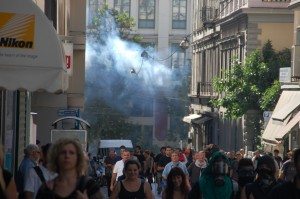 Skopelos, Greece. Oct. 14, 2012. Greece as a civilization is over 7000 years old in one form or another. It has experienced thousands of transformative influences, some self-generated others external. It now sits in a pivotal position in the economic roulette game being played by the European Union (E.U.) and the G-7 (United States, Japan, Germany, France, United Kingdom, Italy and Canada whose finance ministers meet annually to discuss economic cooperation/intervention).

The E.U., the International Monetary Fund (IMF) and the European Central Bank, frequently referred to as “the troika” in Greece, has been engaged in a multi-year experiment focused on keeping the European Union together as a global economic force. Various countries of the E.U. coalition have erupted with economic turmoil as a result of the bank excesses in the USA and sub-prime mortgages in 2008-09. Most of the countries in the E.U. basked in the spending spree, bought bad investments and made a few of their own. The troika is commissioned to respond by its charter.

The fly in the ointment at the moment is Greece, representing about 3% of the total E.U. economy.   [Read more…] 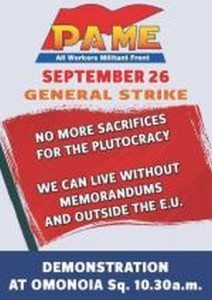 The tear gas was now filtering into the restaurants, casual diners coughing, rubbing their eyes, rushing inside or running down the street from the police. Pitched battles continued on the side streets. The outer edges were covered with motorcycle police pincering the crowds toward Omonoia Square. When they isolated a lone demonstrator dressed in black they would beat him. Time after time chasing one or two stragglers down the street, diners watching like it was theater. The battle spread throughout the city center on all the streets.   [Read more…] 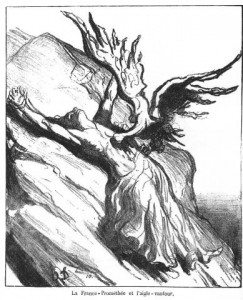 On Sept. 26, 2012, the people of Greece will go on general strike against austerity measures being imposed by the European Union Central Bank. As one person told me, “The measures call for all government workers to receive wage and benefits reductions.” I asked her how they could do that to her since she worked for a private company. “Well I don’t know exactly how but they will. You know how business is- they cut wages whenever they think they can get away with it.”

Athens, the capital of Greece and its largest city, seems to be in turmoil. On Sunday Omonia Square, the central commercial intersection of five large boulevards, was surrounded by at least three different police forces. Each of the five main streets was yellow taped or blocked by large black buses with metal grated windows. Behind the buses were phalanges of police with clear plastic shields.   [Read more…] 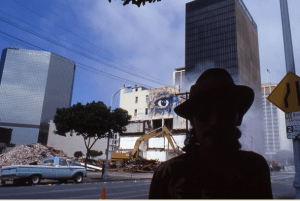 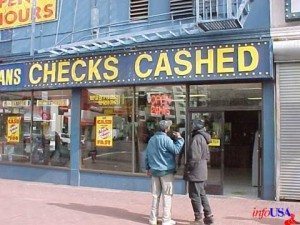 City Attorney Dennis Herrera was joined at a news conference today by City Treasurer José Cisneros, San Francisco Labor Council Executive Director Tim Paulson,and S.F. Interfaith Council Executive Director Michael Pappas to highlight the upcoming final 60-day mark of the City’s statewide push to locate consumers who may be eligible for restitution from Money Mart and Loan Mart in amounts ranging from between $20 to $1,800. Victims of the payday lenders ‘predatory lending schemes were also on hand to speak to the news media about their own experiences.

The restitution outreach program is among the terms of an agreement Herrera’s office negotiated to settle his office’s 2007 consumer protection lawsuit against payday lenders Money Mart and Loan Mart and an affiliated out-of-state bank for unfair and fraudulent business practices. The alleged wrongdoing stemmed from the lenders’ marketing of short-term installment loans and oversized payday loans, usually targeted to low-income borrowers, at exorbitant and illegal interest rates. While the settlement requires the lenders to engage an independent administrator to make “reasonable efforts” to contact all eligible claimants, Herrera’s office is authorized to undertake additional outreach efforts in advance of the Oct. 1, 2012 deadline to reach all potential claimants who may have moved, or who may have dismissed or misunderstood letters from the restitution administrator.   [Read more…] 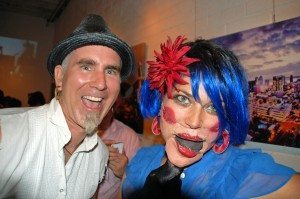 By Jim Bliesner
Ian Gunn and Bridget Rountree are masters of “creative collaboration”. Their Animal Cracker Conspiracy is part of the Puppet Slam Network which states, “Underground puppet shows are popping up everywhere. They feature contemporary short form puppet and object theatre for adult audiences, open late at night in small venues, night clubs and art spaces, Puppet Slams exist at the nexus of vaudeville, burlesque and performance art through the intersection of experimental theatre, art, music and dance as a viable alternative to the culturally homogenous digital mass media”.

Wow, quite a conglomeration of expectations and styles to live up to, but the Animal Cracker Conspiracy pulled it off at their “Adult Puppet Cabaret” happening at  3rdSpace, Friday, July 20th. KaPOW!. The 3rdSpace is a membership only creative incubator at 4610 Park Blvd. provides space for a variety of performance events on their elevated small stage theatre.   [Read more…]