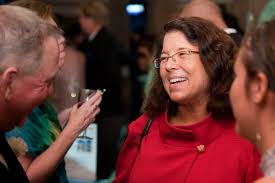 Yesterday Lori Saldaña discussed the realities of putting together a door-to-door campaign.I’ll always remember the shock, joy and celebration my volunteers, friends and family experienced when the first voting results came in on Election night, shortly after 9 pm. I was leading in the 3-way results by 10 points, with 40% of the vote going to me and  30% going to each of my two opponents.  The number varied little over the ensuing hours, ultimately staying there for the remainder of the night.We had overcome the odds and won big, despite being outspent by a ridiculous amount.   [Read more…] 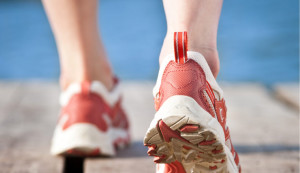 Yesterday Lori Saldaña discussed the path to her decision to mount a grass-roots campaign for the California Assembly in 2004. She really didn’t have a choice: all the political pros around thought she was too much of an outsider.

I decided to give up on getting support from Sacramento. My volunteers and I adopted the motto “We Walk, We Win.”

A typical weekday would be: make calls to raise money in the morning (rarely more than a few hundred dollars), walk precincts in the afternoon (rarely actually talking to voters at that time of day), then teach in the evening. On weekends I would walk 4 precincts: 2 on Saturday, 2 more on Sunday.   [Read more…] 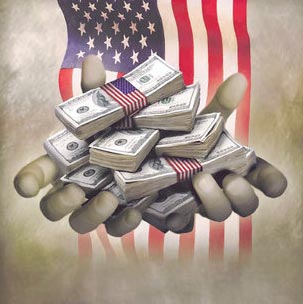 In Part One of this series, Lori Saldaña discussed her motivations and personal considerations leading up to her run for the California Assembly in 2004. At the end of yesterday’s installment, she’d just been told by a Los Angeles woman’s organization at the end of a fundraising presentation that they viewed her a good candidate for school board, not the statehouse.

They ultimately endorsed my opponent- a woman with no prior elected experience who had worked as a pollster for the state teacher’s union. This basically meant she had the support of many of the “progressive” insiders in Sacramento and, therefore, the capacity to raise lots and lots of money.As far as they were concerned, money was the key to winning. My policy work, community ties, Presidential appointment etc. paled in comparison.Fortunately, I was unwilling to accept these evaluations as the final say on my qualifications to run, or my ability to serve in state-level office.  I kept looking for support in the district, ignoring the “third house” in Sacramento and focusing on developing a grassroots campaign.   [Read more…] 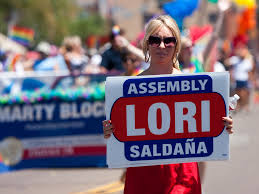 By Lori Saldaña /Part One of Four

As I listen to news reports on Hilary Clinton’s activities in Iowa, and the “Ready for Hillary” campaign theme that has spread for the past year, I think of my own motivations and considerations when I first discussed the possibility of becoming a candidate for State Assembly 12 years ago.

Ms. Clinton has discussed the impending birth of her  grandchild as something that gives her pause.   She is a veteran of decades of campaigns and elections, and understands what I did not in 2002: time with family often disappears, subsumed by the demands of a competitive election.

Her reflections on becoming a grandmother for the first time remind me of my own grandmother- Dorothy Brecht. In her 97 years of life she saw women earn the right to vote, men take to skies in planes for the first time, and then land on the moon. She wanted very much to see her granddaughter become the first in our family to hold elected office.   [Read more…] 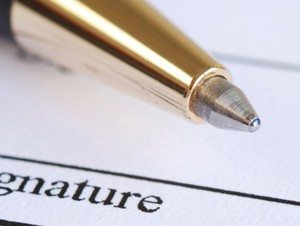 It’s time to point out the obvious: San Diego is becoming a city governed not by democratic process, and not by elected officials who achieved office after being supported by the most voters. It is increasingly run by checkbook politics, flush with funds deposited by businesses intent on overriding the votes of the City Council.

Former Mayor Sanders may have left City Hall, but he learned how to take the power with him. For the past year he has been able to demonstrate this power by pushing aside Council policies on community planning and now minimum wage. He is actively supporting conservative interests that hire signature gatherers to do this dirty work in public, while he and others in the Chamber ranks raise and bundle money and write checks behind the scenes.

During my 4 years serving on the Elections Committee in the State Assembly, I learned that the petition process in California is deeply flawed. Established in 1911, intended to “reform” corrupt government practices, it has evolved into the one place where campaign financing law needs the most reform. As it stands, weak statutes and lack of oversight allow unconstitutional amendments such as Prop. 8 to be placed on the ballot and wreak havoc with people’s lives.   [Read more…] 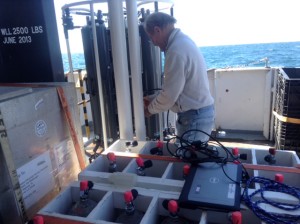 Third in a Series About Life on a Research Vessel

On board ship we operate on 2 time zones: Universal (Greenwich) time,8 hours ahead of local (Pacific) time, used when entering all researchdata for recording purposes, and California time for our work/sleep/eat schedule.This can cause some confusion: the computers in the ship’s science lab show the universal time.  This where all the incoming data from the CTD is received at 24 bits of Information per second once the device is lowered overboard, and we write down key data as the device is lowered and raised.

The computer clocks were changed to universal time, but after some late night confusion, I asked the technician to also set them to 24 hour clock. This was done to make it easier to convert local time to international time on the recording logs since we found, after 10+ hours of work, math skills tend to get a bit fuzzy. Plus, after 4 pm, we have to adjust our date as well as time as we record incoming information.   [Read more…] 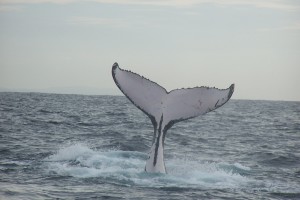 Second in a Series About Life About a Research Vessel

Tuesday July 29– I completed my first 12 hour data collection work shift late last night and immediately went to the galley to ingest some calories before sleeping- not usually a good idea, but things are different on board a working ship.

For one thing, food always tastes better at sea. Perhaps its the fact someone else has prepared it for you, and our cook is excellent; she uses fresh fruits and vegetables, delicious and in-season, prepared well at each meal. Roasted squash, made-from-scratch soup,well-seasoned salads and soups on thick, warm bread. It’s nice to have a great deli down the passageway from the science lab!

Add to that: we have been engaging in physical work for many hours on a cold deck. with cold water running around our feet, and at times over our hands, as we gather water samples and look for plankton and trace amounts of mercury and cesium- the first, a persistent and toxic pollutant, the second, a radiation marker linked to the Fukushima accident.   [Read more…] 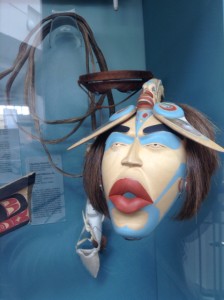 Background: Two weeks ago I got a call from a friend who has captained merchant and research ships around the globe for many years. We’ve known each other’s family for decades, and have done some local sailing off San Diego.

He recently retired from Scripps in La Jolla, and now coordinates research vessels out of Moss Landing, near Monterrey. He called to ask: have you ever been to Dutch Harbor Alaska? What he really meant was: want to volunteer on a research cruise?

So… that’s where I will be for the next two weeks: aboard the R/V Point Sur, helping collect ocean water samples from the Bering Sea off Alaska and northern Pacific, as we cruise back to California.   [Read more…] 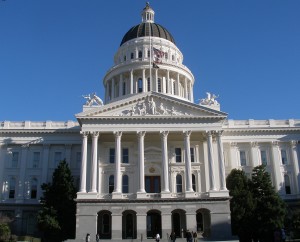 The unfortunate truth is: Good bills often get defeated by legislators who refuse to cast a vote, and don’t have the guts to just vote no.

Sometimes they literally hide, and stay away from their desks rather than cast a vote.

When I served as speaker pro tem, I would sometimes have to send the Sgt. at Arms to find missing legislators and ask them to return to their desk to cast a vote. However, it is not mandatory for a legislator to vote on every bill, and the sergeants couldn’t force them to return to the chamber if they absolutely refused.   [Read more…] 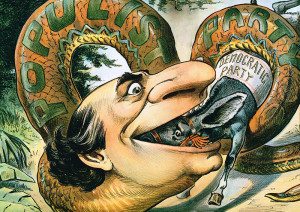 Part 5: The Battle for Progressive Hearts and Minds

Editors Note: Former Assemblywoman Lori Saldaña has an up close and personal story to tell about her dealings with former Mayor Bob Filner and the Democratic party establishment. This is the end of a five part series running this week at San Diego Free Press. Part one covers her early encounters with Filner, Part two describes the indifference she met when she tried to alert Democratic Party leadership, Part three talks about the pressures brought about to gain her endorsement of the Filner mayoral candidacy. Part four is about keeping the biggest secret.

As voters look ahead to the next campaign cycle, we increasingly hear of battles over how to fund these elections. These range from discussions over local races to arguments before the US Supreme Court over campaign financing.

The discussions range from proposals for setting up public financing for elections, to arguments in favor of allowing unlimited private contributions from the wealthiest 0.1% of people in the country.

If money is speech, a lot of people have no chance of ever being heard.
[Read more…] 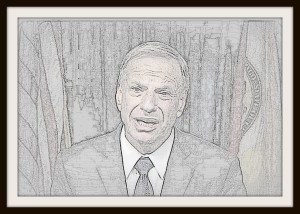 Editors Note: Former Assemblywoman Lori Saldaña has an up close and personal story to tell about her dealings with former Mayor Bob Filner and the Democratic party establishment. This is part three of a five part series running this week at San Diego Free Press. Part one covers her early encounters with Filner, Part two describes the indifference she met when she tried to alert Democratic Party leadership, Part three talks about the pressures brought about to gain her endorsement of the Filner mayoral candidacy.

On Election Day, I trailed Peters on the first ballot announcement by less than 200 votes. I eventually lost by 700 votes, after being outspent 4:1. Most of his funds were family money.

Dollar for dollar, we ran the most cost efficient Congressional campaign in the state, if not the country. But in the end, personal wealth and internecine party warfare trumped our efforts.

Worse, after the June 2012 primary election, I continued to hear reports regarding Filner’s behavior towards women, including at campaign fundraising events. I did not personally witness these activities, since I had withdrawn from political activity. But they became common knowledge throughout the political community and were discussed by volunteers and others at events, who apparently decided to “hate the sin, but support the sinner.”   [Read more…]

Editors Note: Former Assemblywoman Lori Saldaña has an up close and personal story to tell about her dealings with former Mayor Bob Filner and the Democratic party establishment. This is part three of a five part series running this week at San Diego Free Press. Part one covers her early encounters with Filner, Part two describes the indifference she met when she tried to alert Democratic Party leadership.

A short time after I had shared my concerns about Filner he announced his engagement. Privately, I suspected this was done to counter my allegations. When I encountered Filner at campaign events we kept our distance, and I was never introduced to his fiancee.

Still, knowing what I knew about his personal behavior, I refused to give his campaign an endorsement.   [Read more…]