Actually, there wasn’t much fear

Our national zeitgeist certainly has turned nasty and fearful since the last Republican debate. World War III! Armageddon! Terror at home! I never imagined myself ever saying this, but I am grateful that the pressures of last minute holiday shopping have partially restored our national sanity–short-lived as it will no doubt be.

My Beloved and I recently joined thousands of our like minded neighbors making their way to Mission Valley. We left our home unarmed, optimistic that a good guy and good woman with cash and charge cards would be capable of handling whatever came our way.   [Read more…]

Libraries take a $207 K hit on book and material funds; community policing missing from bloated police budget; nobody knows when the streetlights you’ve requested for a decade will be installed; Civic San Diego hoovers public funds sans transparency and accountability; underfunded code compliance will give slumlords a free pass.

Power concedes nothing without demands. Are you ready to take a stand for your community’s needs and against “business as usual”?
[Read more…]

The Civic San Diego Board of Directors and President Reese Jarrett scored a victory at their April 29 board meeting. Civic San Diego, which describes itself as a “city-owned non-profit that is the entrepreneurial development partner for targeted urban neighborhoods” approved its own Community Benefit Policy with one dissenting vote after two hours of board discussion and public testimony. The one dissenting vote was cast by Dr. Murtaza Baxamusa, who described the policy as “toothless, meaningless and unenforceable…It is the job of the City Council to tell us what to do … this is 1,300 words, non-enforceable and not approved by the City Council. ”

The Civic San Diego Board determined in the meeting that they could set their own policy without City Council review but would provide it to Councilmember Myrtle Cole’s Economic Development and Intergovernmental Relations Committee.

While the board vote was a victory for the policy’s passage, it was apparent that some board members were surprised– and clearly resentful–that Civic San Diego has had to fight so hard to avoid City Council oversight and that it has been subjected to so much public criticism.   [Read more…] 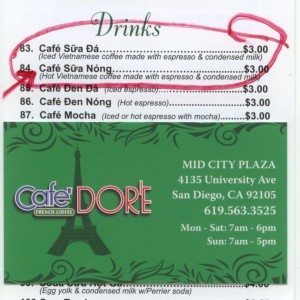 The two forces that have indisputably shaped City Height’s trajectory since the 1960s are the adoption of the Mid-City Plan in 1965 and the fall of Saigon in 1975. The Mid-City Plan, with its emphasis on increased density as the way to support business, shaped the built environment that you see today. The fall of Saigon and the subsequent establishment of San Diego and City Heights as a refugee resettlement center forever changed the social environment. City Heights continues to exist as a refugee resettlement center, becoming a sometimes permanent and sometimes temporary home for displaced people from all over the world. But first, it was Vietnamese refugees.   [Read more…] 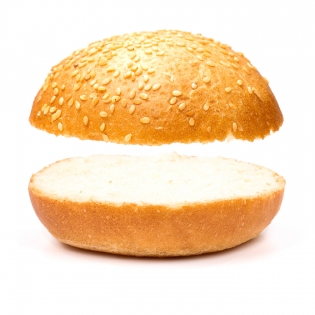 The latest news about Civic San Diego has been appearing courtesy of Lyle Moran in The Daily Transcript, which unfortunately operates behind a pay wall. Moran reports on the unexpected departure of CivicSD CFO and COO Andrew Phillips, who couldn’t pass up the opportunity to accept an invitation to work at the western division of Jones Lang LaSalle and CivicSD board member Cynthia Morgan, an attorney at Higgs Fletcher and Mack and new mother who wants to spend more time on her career and with her family.

If there is more to the resignations, Moran was not able or ready to share those motivations in his article. But it is worth noting that Cynthia Morgan was the Chair of the CivicSD board when it proposed a gag rule for board members in October of 2014. Joshua Emerson Smith reports in his CityBeat article “A fierce advocate for independence from the city, Morgan went on to propose that members of the board be required to recuse themselves from voting if they were lobbying City Council members or talking to City Council members on issues that are coming before our board.'”

What’s going on at Civic San Diego, the non-profit entity that has become the new model for redevelopment? On April 10, a legal complaint was filed by the San Diego County Building and Construction Trades Council and Dr. Murtaza Baxamusa, a CivicSD Boardmember. It was made available in its entirety at the San Diego Free Press.

On April 16 the Voice of San Diego published an opinion piece “Time to Shine a Harsh Spotlight on Civic San Diego” by former City Councilmember and current open government advocate Donna Frye. Frye refers in her article to the under- reported resignations of Cynthia Morgan, Civic’s Treasurer and CFO/COO Andrew Phillips. “I’m not sure what prompted the resignations of Phillips and Morgan, but it can’t be a good sign. It will be interesting to see who the mayor appoints, and the City Council confirms, to fill the vacancy left by Morgan, and who the new CFO/COO will be and how quickly that happens.”

On April 10 I sent an email to Jeff Gattas, chairman of the board of CivicSD, detailing my own concerns about the information that I had received from a public records request.   [Read more…] 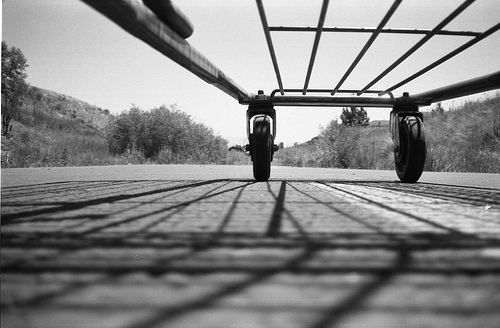 He pushes his shopping cart
Down the via dolorosa of 45th Street
The dull clunk of glass bottles
Clattering of cans, the rattle of metal
And wheels on the pavement
Announce him   [Read more…] 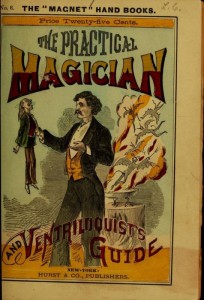 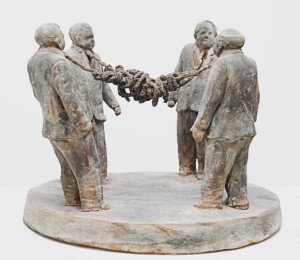 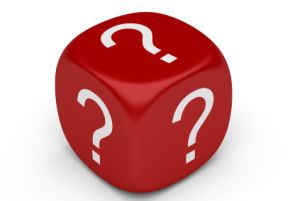 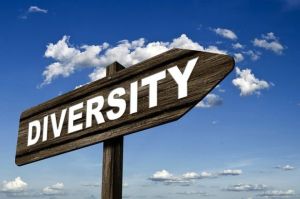 What does the 114th Congress say about our representative democracy?

A Washington Post article notes that “Congress actually gets slightly more Christian, with nine more Christians, five fewer Jewish members, one fewer Buddhist and one fewer unaffiliated member.” John Boehner, who was re-elected Speaker of the House, opened the 114th Congress with “This is the day that the Lord has made, let us rejoice and be glad.”

For those of us who recall that only 36% of the voting public elected this new batch of congress people, the connection to the divine is a great deal less discernible. And we may want to hold off on the rejoicing and being glad part for a while.

But it is Liza Mundy’s article “The Secret History of Women in the Senate” that positively makes my teeth hurt.   [Read more…] 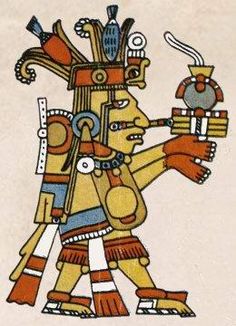 Beautiful food, the company of women and the immense edifice of memory

Christmas without tamales is unimaginable. It is unimaginable not because I grew up in a household in which we ate tamales–I didn’t– but because I am here, in this place, where Mexico and the US are all mixed up together. Tamales are a form of gustatory truce. Tamales are the mouth watering accompaniment to baptisms, quinceañeras and la Navidad. They are the proof that corn is indeed divine. Tamales!   [Read more…]