You are here: Home / Archives for Columns / History of Neighborhood House

Maria was recently recognized by The San Diego Union-Tribune which selected the retired school-principal and longtime Chicana activist as a Latino Champion. She received a prestigious Governor’s Historic Preservation Award for her book “La Neighbor.” On the same day that she received the Governor’s Award in Sacramento, she flew back to San Diego just in time to receive the Citizen of the Year Award from the San Diego Chapter of Phi Delta Kappa, the professional educational honor association.   [Read more…] 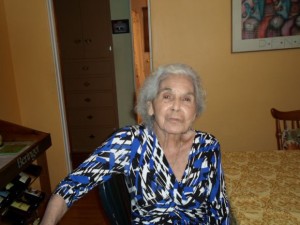 Margarita and Lorenzo Carriedo lived at 1759 National Ave in one of the bungalows owned by the late Mike Amador. They, like Mike, had grown up in Logan Heights in the 1920’s and 30’s and raised their own children there. Neighborhood House figures prominently in the memories of Margarita and two of her sons– Ruben and Marcos, all of whom I had the opportunity to interview. Mrs Carriedo, like so many of the other women I have interviewed, remembers Logan Heights as a neighborhood filled with maintained, well kept houses and lovely gardens. It was a good place to raise a family.   [Read more…]

The Mexican Repatriation and hard times

Editor Note: “Build a wall” and “Send them all back” have become the mantra of the Trump campaign and Republican party. This is not the first time in our history that racism and xenophobia have threatened our democracy and the lives of our citizenry.

Between 1929 and 1944, over two million people of Mexican descent were repatriated to Mexico. Sixty percent of these individuals, 1.1 million, were American citizens. This encore presentation of Maria Garcia’s article originally published in 2015 provides insight into how this policy affected the lives of people living in San Diego at the time.

As William Faulkner observed “The past is never dead. It’s not even past.”   [Read more…]

Recognized for writing the people’s history

…and the birth of the Chicano Free Clinic

The occupation of Neighborhood House that began when barrio activist Laura Rodriguez chained herself to the doors on October 4, 1970 occurred a mere six months after the takeover of Chicano Park in April 1970. Both actions involved many of the same people and both actions demanded community control over decisions that affected the lives of residents.

With the takeover of Chicano Park in April 1970, the barrio had said “¡Basta!” to land use decisions that displaced thousands of residents as a result of military use of the bay during World War II followed by the growth of the shipbuilding industry; then by the construction of freeways and the Coronado Bridge; and zoning changes that permitted yonkes (junkyards) to exist side by side with long time residences.

The occupation of Neighborhood House was a demand for community control over this beloved institution that had been in existence for 58 years at that time. Its progressive era service philosophy had been displaced by Lyndon Johnson’s War on Poverty.   [Read more…]

The 1960s brought many changes to Logan Heights that reflected the social convulsions unleashed by the Vietnam War and the Civil Rights movement nationally. Urban renewal policies brought freeways and massive displacement to Logan Heights. Generations of Mexican Americans in the community had indeed become “Americanized” and had their own vision of what constitutes a Great Society. They were demanding positions of leadership in every aspect of their social and political life.

As the boys social clubs grew in popularity during the 1950s, girls expressed interest in forming their own clubs. The girls social clubs that sprang up during this period included the Shebas, Blue Velvets, Madonnas and Faberges. While girls had historically taken the lead in their own social activities, especially when it came to charitable events such as food drives or kids programs, their social clubs operated in many ways as auxiliaries to the various boys clubs which included Los Gallos, Los Lobos and Los Chicanos.

By belonging to a social club it became easier for the girls to explain to their parents the amount of time they were spending at Neighborhood House.   [Read more…]

The jitterbug. Catholic school girl uniforms with Oxford shoes. The decade of Cold War peace between the Korean and Vietnam Wars in the country at large was a period of continued social changes in Logan Heights.

During this in-between decade, long time Logan Heights residents were beginning to relocate to Valencia Park and Kearny Mesa, an indication that it was a sign of status to move out of the community. Freeway construction during this period had displaced residents and divided the Greater Logan Heights community and more divisions would occur with the construction of I-5 and the Coronado Bridge. Those changes would culminate in the turmoil of the late 1960s, specifically the Chicano movement.

Los Chicanos, like the other social clubs, focused on providing a positive image of the guys from Logan Heights. According to a brochure from their Golden Anniversary Dance in 2005, Los Chicanos got their name from a suggestion that was made by Albert Usquiano. The general consensus was that other social clubs had been named after animals but that they should be daring and go with the term Chicano.

Even though some of the boys used the term Chicano among themselves, in 1955 it was not an everyday term used in the majority community.   [Read more…]