You are here: Home / Archives for Columns / History of Neighborhood House

Social clubs have been a noteworthy part of Logan Height’s history. After WWII, Leonard Fierro, Frank Peñuelas, Mike Negrete and Armando Rodriguez were reunited and started a new Toltec Club based on Frank’s 1930s prototype at Neighborhood House. Girls participated in the Lucky 13 Club. The 1950s brought a revived interest in social clubs for the young people in Logan Heights. Los Gallos was one of the first of these clubs.
[Read more…]

Veterans of World War II returned home deeply changed by their experience. They found that Logan Heights and San Diego had also been changed by the war. The effort to find a new normalcy would be interrupted by the Korean War.

This is part I of the Korean War and the 1950s, viewed through the experiences of Johnny Leyva who grew up in Logan Heights.
[Read more…] 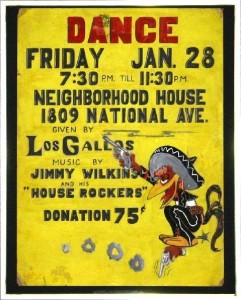 Mr. Albert Flores started teaching dance lessons at Neighborhood House in 1940. In 1942, he was drafted into the Army to serve in World War II. He was taken prisoner of war. One of his big dreams was to become a professional dancer. He did try to realize his dream in Hollywood but was unsuccessful. His prized possession was a pair of shoes that were given to him by his idol José Greco. He would wear these shoes with great pride whenever he performed in San Diego. After his unsuccessful Hollywood experience he returned to San Diego and worked for the City of San Diego as a tree trimmer.   [Read more…] 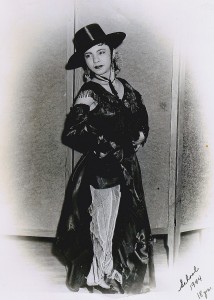 Dancing lessons and dancing have been a focus at Neighborhood House since the early days. As stated in previous articles the dancers often performed at fund raisers held at the Marston House. The most memorable show from the early years was when they performed at the reception held for Jane Addams, founder of Hull House and a noted social worker. In those days they also performed in Balboa Park and at the Presido. Dance productions gave the entertainers from Logan Heights the opportunity to visit other parts of the city as well as for the members of the majority community to see the talent of the dancers from Neighborhood House.   [Read more…] 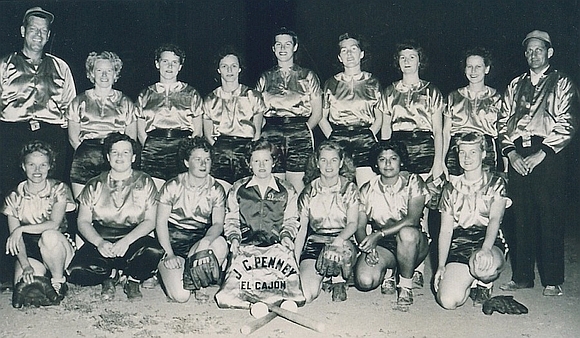 Part II of Americanization through Baseball

Newspaper articles in the 1940s and later indicate that at times a girls softball game was played prior to the boys games. This was almost always done as a way of enticing more people to attend the game. It is unclear whether attendance was to the benefit of the girls playing prior to the boy’s game, or if the boys team attendance benefited by playing after the girls.

From time to time the girls team would play against the boys team to add to the enjoyment of the game and to increase attendance. In some ways the early girls teams were a novelty to the general public, and yet, taken very seriously by the girls playing the game.   [Read more…] 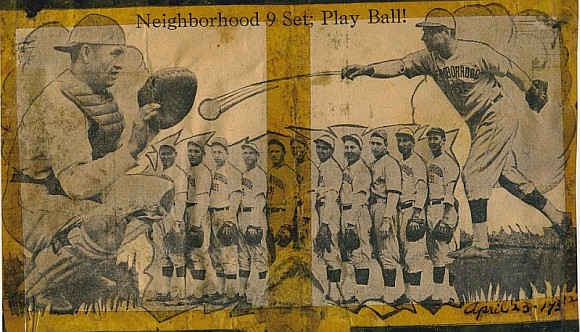 Settlement Houses across the United States, including Neighborhood House, stated that the Americanization of immigrant residents was one of their goals. Books and news article from the 1920s through the 1940s allude to the fact that baseball games and baseball teams were methods used in that Americanization.

Some articles go as far as to state that they were a way of replacing what was considered “Mexican interests.” Emory Bogarus from the University of Southern California (USC), in referring to the Mexicans in Los Angeles, states “Baseball clubs were used to counter the interest Mexicans had in bull fighting, gambling and cock fighting.”

Neighborhood House, the various canneries and some employers in San Diego formed baseball teams for their employees. This was done not only to Americanize them but to maintain loyalty to a particular employer. Involvement in this popular sport had consequences that broadened the meaning of Americanization in unanticipated ways.   [Read more…] 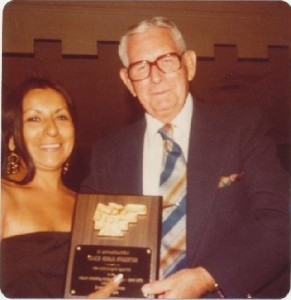 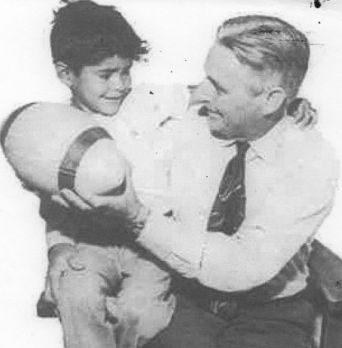 Once a month the Logan Heights Old Timers meet for breakfast at the IHOP in National City. At one of those meetings I asked them to share their memories about Coach Merlin Pinkerton. Coach Pinkerton came to Neighborhood House in 1943.

The people quoted in this article are between the ages of 65 and 95 and yet their memories of Coach Pinkerton are clear and reflect the love they felt for him. The question becomes how did this man become the most loved and respected coach in the history of Neighborhood House? What did he do and how did he do it?   [Read more…] 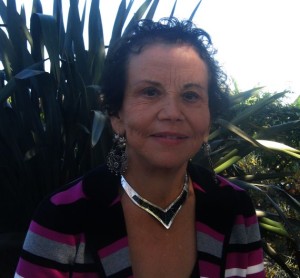 Six Women Selected as 2015 Women of the Year

On Saturday March 7, State Senator Ben Hueso paid tribute to six women, one posthumously, in his 40th district. The event was held on the grounds of Olivewood Gardens and Learning Center in National City.

Maria Garcia is well known in San Diego as both an educator and Chicana activist. She is a retired elementary school principal with an academic background as a bilingual resource teacher. Maria has received numerous awards in recognition of her community service and contributions to education.

Maria received recognition this past Saturday for yet another contribution– that of a historian recording first person accounts about Neighborhood House and life in Logan Heights and Barrio Logan since Neighborhood House’s inception in the early 1900s.   [Read more…]