You are here: Home / Archives for Government / Military / War and Peace 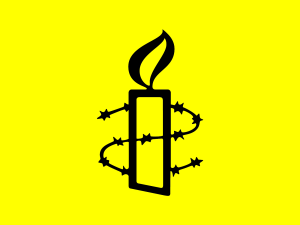 Despite earlier indications, White House tells panel in Geneva that U.S.  will abide by UN Convention Against Torture… for the most part

The Obama administration indicated that it will back away from a position held by the previous administration that claimed the United States is not obligated to abide by the UN Treaty Against Torture when operating on foreign soil. That’s the good news.

In comments made before the UN Committee Against Torture during hearings that began in Geneva, acting U.S. legal advisor Mary McLeod told the panel, “The US is proud of its record as a leader in respecting, promoting and defending human rights and the rule of law, both at home and around the world.”   [Read more…] 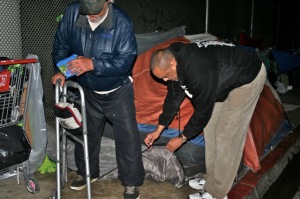 Veteran members, associate members, and friends and supporters of the San Diego Veterans For Peace, Chapter #91 are proud to announce that in October 2014 the 2300th sleeping bag set was given out to the homeless in downtown San Diego!

It is through the generous on-going financial contributions of friends and the general public that our Compassion Campaign is able to indefinitely continue this humane life-saving program.

In December 2010 the San Diego chapter of the national Veterans For Peace organization began the “Compassion Campaign” — an outreach effort to help displaced homeless veterans. Ignited by conversations with many homeless veterans on the street in downtown San Diego, the chapter membership determined that the lives of homeless veterans and non-veterans downtown could improve significantly if given basic equipment – like a sleeping bag, as many were sleeping rough on hard pavement each night with only a light blanket, their jacket, or nothing.   [Read more…] 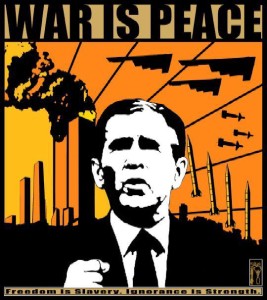 The US Military: Protecting Our Freedom While Destroying Our Planet

The impact of the US military on climate change is enormous due to its excessive consumption of fuel oil. The US must spread its influence across the oil producing parts of the world in order to protect its supply of oil.

The US military is the largest single consumer of energy in the world. If it were a country, the Department of Defense (DoD) would rank 34th in the world in average daily oil use, coming in just behind Iraq and just ahead of Sweden.   [Read more…] 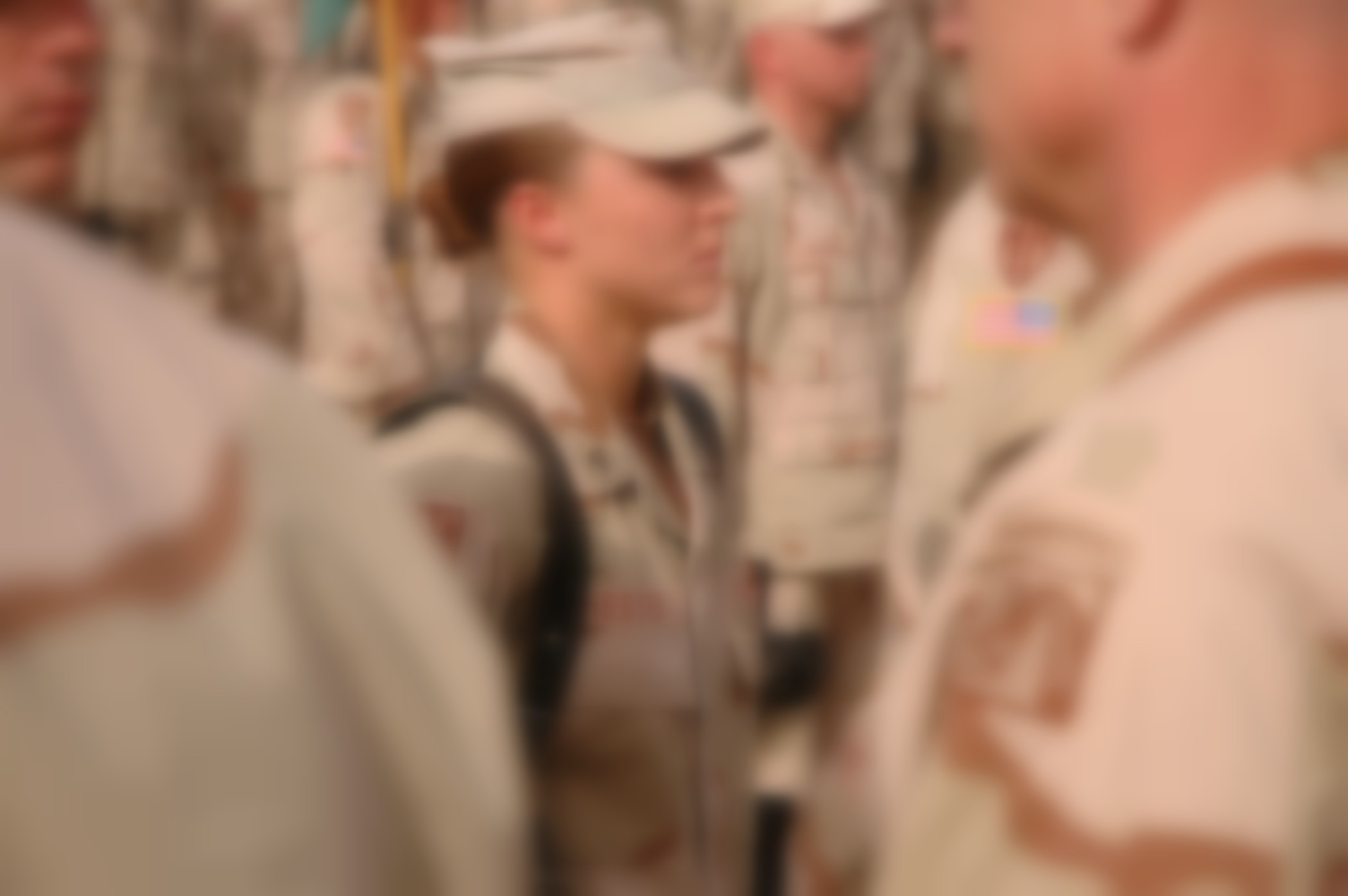 In March 2010, Katherine Bigelow made history at the Academy Awards, by winning in the Best Director category. This was the first time a woman had done so in the Academy’s history. She won for her film “Hurt Locker,” about men who disarm IED’s (improvised explosive devices) in Iraq.

“Hurt Locker” was also was named Picture of the Year, and won for Best Sound Editing- so congratulations for all that, too, Ms. Bigelow. Well done.

If you haven’t seen it, “Hurt Locker” is an amazing and suspenseful film — with hardly a woman character in it. Ms. Bigelow managed to capture the drama, setting, heat and dust of Iraq very well. Yet you would never know the reality of women in Iraq from this movie.   [Read more…] 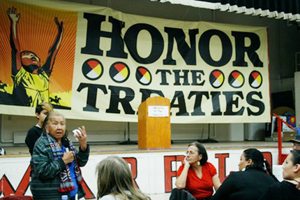 As so often happens, Native Americans are leading the fight to save the world.

While half of the world’s species are disappearing, while the remaining 48 hunter/gatherer societies are literally fighting for their survival, while 32 million acres of rainforest are cut down a year, and while three hundred tons of topsoil are lost a minute, we are again at war with those who would destroy the planet.

There have been many wars fought on behalf of our life-giving land in North America. The overwhelming majority of those killed in defense of the land have come from peoples like the Sioux, the Cheyenne, the Nez Perce, the Black Hawks, and the Apache. Native Americans have long stood in the way of this destructive culture. It is time that we join with Native Americans and other dominated peoples around the world who are at war. It is time that we, the privileged in this settler culture, step off our pedestal and onto the battlefield to place our bodies in harm’s way like so many indigenous people have before us and continue to do today.   [Read more…] 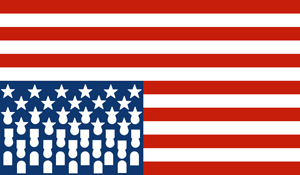 Ever since the war started,
One year ago today,
I have wanted to write an anti-war poem.
For each of the last 365 days
I have been trying to write
To voice my opinion
In opposition to this war.

But nothing has come out.

After five days of watching
And not watching
Bombs fall on Iraq
I thought I had it
When some white boy
During a soccer game
Told me to “go back to Baghdad”
And as my fists found his temples
In retaliation for the bombs that were obliterating theirs
I remember thinking to myself
Amidst the slow-motion home-movie haze
“This will make a great poem”
A poem about
How he mistook
Mesoamerica for Mesopotamia
Borinken for Babylon.
And why Baghdad
Instead of Brasilia, Beijing, Beirut, Bogotá, Bombay,
Even Bi-racialville U.S.A.   [Read more…] 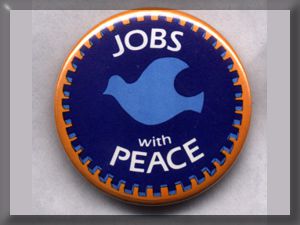 In the past nine months as Project YANO’s 2013-2014 student intern, I have learned an immense amount of information about U.S. militarism, its far reach, and counter-recruitment. I have been directly impacted on multiple levels.

I have grown mentally through the knowledge I have gained and also personally through the interactions and relationships I have built with youth, advisors, teachers, mentors, and Project YANO supporters, volunteers and board members.

I have had the pleasure of working with students who look like me, engaging low-income youth of color who have stories and backgrounds similar to my own.   [Read more…] 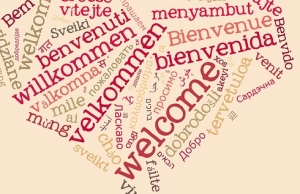 Why does City Heights physically look the way it does and why does it have such distinctive demographics? The case can be made that City Heights has been shaped both by design–the adoption of the Mid-City Plan in 1965– and by happenstance in the form of the fall of Saigon one decade later.

The Mid-City Plan provided a blueprint of sorts for stimulating business and commercial growth that is reflected in the built environment.  The fall of Saigon and the subsequent resettlement of Southeast Asian refugees in City Heights also became a blueprint of sorts for influencing the ever changing demographics of the individuals who would move within the built environment.   [Read more…] 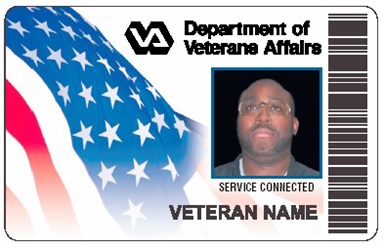 My students wear their battle scars
In their brains, on their skin, thru their 10 key dexterity
They enter the computer lab with aching hearts and minds, hand me a
Veterans Affair ID card in exchange for
A textbook, a software program, a few hours on the keyboard
I watch them, marveling at their resiliency …   [Read more…]

You are rolled up in your blanket now,
perhaps 40 feet feet from my car
olive brown, army-colored,
here by the peaceful Pacific
tree-willow blue,
Paler near us, darker
near the horizon.

It’s almost time for the green flash,
but you don’t care. …
[Read more…] 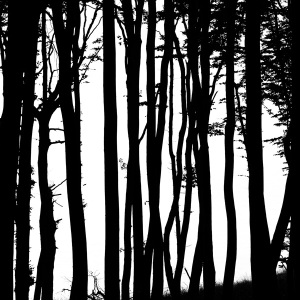 I’ve dreamt my name is on The Wall in Washington, DC.

And, right now, I’m thinking That Wall; I’m recalling also trips to the Armory with my dad, an officer in the National Guard. I’m thinking of my uncle, a WWII and Korean vet who just celebrated his 94th birthday. I’m thinking of those two hundred names and faces I can’t remember, eighteen and nineteen year old kids from my Basic Training company, KIA long before their 20th birthdays. I’ve seen their names on that wall while looking for my own.

Every time I hear, “Thank-you for serving!” I want to reply, “Fuck You!” But, I usually ask, “For What are you thanking me? Shooting old people and children or NOT shooting them?”   [Read more…]