You are here: Home / Archives for Government / Military / War and Peace

Memorial Day wouldn’t be a holiday if not for the Civil War.

One version of the birth of Memorial Day pegs it as beginning in April of 1866 when four women in Columbus, Mississippi got together to decorate the graves of Confederate soldiers. Then, as Deborah Fallows tells it in The Atlantic, “They also felt moved to honor the Union soldiers buried there, and to note the grief of their families, by decorating their graves as well. The story of their gesture of humanity and reconciliation is now told and retold in Mississippi as being the occasion of the original Memorial Day.”

Another version of the story has it that Memorial Day was the invention of black freedmen who gathered on May 1st to decorate the graves of soldiers—Union soldiers—who had died in Charleston, South Carolina as prisoners and “Martyrs of the Race Course.”   [Read more…]

Veterans of World War II returned home deeply changed by their experience. They found that Logan Heights and San Diego had also been changed by the war. The effort to find a new normalcy would be interrupted by the Korean War.

This is part I of the Korean War and the 1950s, viewed through the experiences of Johnny Leyva who grew up in Logan Heights.
[Read more…]

For the Trümmerfrauen of Berlin

A single mountain
in Berlin

On its summit
the Cold War melts
into marching trees

These are supposed to be good times for the City of San Diego. Tax revenues are up. One of the biggest problems facing local government is reported to be hiring enough people to fill job openings being created.

So why are our public libraries getting the short end of the stick in Mayor Kevin Faulconer’s proposed $3.2 billion budget for 2016? They may be opening for more hours, but you may need some luck getting what you’re looking for. 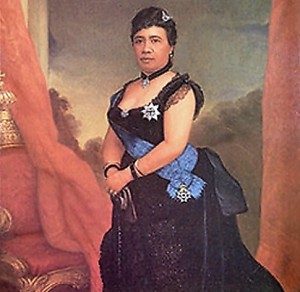 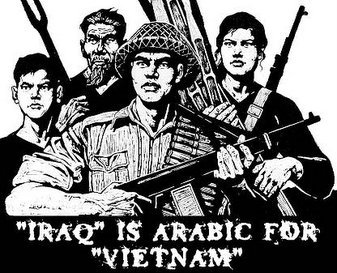 How to Turn a Nightmare into a Fairy Tale: 40 Years Later, Will the End Games in Iraq and Afghanistan Follow the Vietnam Playbook?

If our wars in the Greater Middle East ever end, it’s a pretty safe bet that they will end badly — and it won’t be the first time. The “fall of Saigon” in 1975 was the quintessential bitter end to a war. Oddly enough, however, we’ve since found ways to reimagine that denouement which miraculously transformed a failed and brutal war of American aggression into a tragic humanitarian rescue mission.

Our most popular Vietnam end-stories bury the long, ghastly history that preceded the “fall,” while managing to absolve us of our primary responsibility for creating the disaster. Think of them as silver-lining tributes to good intentions and last-ditch heroism that may come in handy in the years ahead.

The trick, it turned out, was to separate the final act from the rest of the play.   [Read more…] 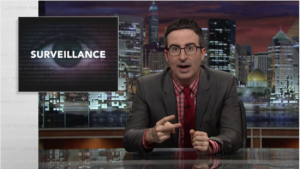 On Sunday, John Oliver had what is easily the most educational and fun half hour of journalism on the surveillance state that you’re ever likely to see, including an interview with Edward Snowden.

What John Oliver did for net neutrality last summer, he’s doing now for an issue that’s pretty damned important, too. Namely, the government sucking up all your electronic communications in the name of national security.

As he points out in opening the segment, June 1 is a key date: that’s when Section 215 of the Patriot Act has to be renewed, tweaked, or ended.   [Read more…] 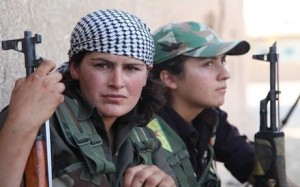 In international news, the recent liberation of the Syrian city of Kobani from the control of Islamic State (ISIS) fighters by Syrian Kurd rebels was a little reported story which popped up briefly for its 15 minutes on the mainstream media roulette wheel of fame. Then it disappeared. But the under-reported little story – a story with a huge irony – deserves retelling.

The story – which can be pieced together from a number of media reports – involves the identity of the major fighting force that kicked ISIS out of Kobani, a city of 200,000 mainly ethnic Kurds in north Syria, a stone’s throw from the Turkish border.

It turns out it was a group of Syrian Kurd leftists who kicked ISIS’ ass, if you forgive the vernacular, after 4 months of intense house-to-house fighting, at times room-to-room, and pushed them out of the city entirely. It was the People’s Protection Units, a local leftist organization, and its affiliate, the Women’s Protection Units, that have collective command structures and believe in the equality of women, and – in fact – have numerous women commanders in the fighting units.   [Read more…] 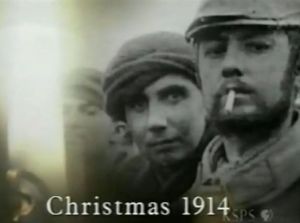 What if we threw a war and nobody showed up?

Editor Note: The longest war in US history, the thirteen year long combat mission in Afghanistan, officially ended on December 27. Over 10,000 troops remain there.

On the evening of December 24 a century ago, peace broke out in the most unlikely of places. In the blasted, putrid trenches of Belgium and France, soldiers fighting on the Western Front put aside their arms in what became known as the Christmas Truce. Although World War I was then only a few months old, there had already been a million combat deaths. Many soldiers were weary of the futility and horrific costs of the war, and thousands of them spontaneously stopped trying to kill each other.

The drama began on Christmas Eve, as German soldiers lit up their Tannenbaums (Christmas trees), put them on top of their trenches in view of the Allied troops, and began to sing carols. From there, full scale fraternization became widespread. Troops put down their weapons, climbed out of the trenches and met in no-mans-land to pray and sing and exchange greetings and gifts. The cease fire continued into Christmas Day during which the dead were buried, toasts were exchanged and soccer games played.   [Read more…]

If you are unfortunate enough to be aware of the news today, you’ll be a witness to our country’s greatest exercise in what Walter Lippmann and subsequently Noam Chomsky called ‘manufactured consent.”

I’m referring to the release of the heavily redacted summary of the the Senate Intelligence Committee report on the use of torture. By the end of the day, via the conclusions of the chattering class, the American public will know three things: 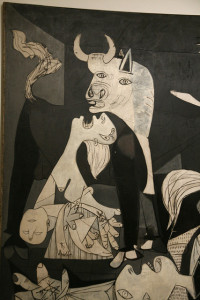 One week ago, the SDFP editorial board sent a short email to its writers and contributors, asking for their thoughts on the topic of War and Peace.  We were curious to see if there was an interest in this broader theme that would go beyond the usual media treatment of  Veterans Day.

Our email was immediately filled with responses. Writers sent articles, video links and poetry. We were frankly surprised at the interest.  It told us two important things.

It is apparent that there are few opportunities for civic engagement on this topic and its complex historical and contemporary elements.  It also told us that the San Diego Free Press is in a unique position to provide a platform for that civic engagement.   [Read more…]

But when it comes to budgeting, the concept lingers on. “Don’t ask us how we spend money,” the Pentagon basically says. “Because we can’t really tell you.”

Every taxpayer, business, and government agency in America is supposed to be able to pass a financial audit by the feds, every year. It’s the law, so we do our duty. There’s one exception: the Pentagon.   [Read more…]