Near the end of August, I helped organize the Governor’s visit to City College and stood with him, despite the many fierce disagreements that I have had with Jerry Brown’s policy positions and political judgment. I did so because it’s not an overstatement to say that the future of our children is on the line this coming November. While much of the attention will be on the Presidential race at the national level, here inCaliforniathe destiny of our children and the education system is up for grabs. Specifically, Proposition 30 represents a chance to put a halt to years of cuts to education and vital public services. If it fails, we will be throwing our kids under the bus. It’s that simple. 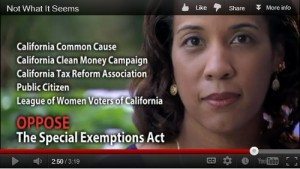 November 2012 will be a cataclysmic showdown between the forces of democracy and the forces of unlimited wealth. If we lose this, the plutocrats will be in charge and will be able to write their own rules to further the interests of Wall Street and the one percent. If we lose this fight, anti-democratic legislation will continue to sweep across the nation, overwhelming the grassroots support and small-dollar contributions of those who dare to fight against overwhelming odds.

And I’m not talking about the reelection campaign of Barack Obama. No, this battle to the death between moneyed interests and working people will play out in California in the form of Proposition 32. This measure, proponents say, would ban both corporate and union contributions for most political purposes and make citizens reign supreme. But progressives here have taken to calling it the “special exemptions act.”   [Read more…]