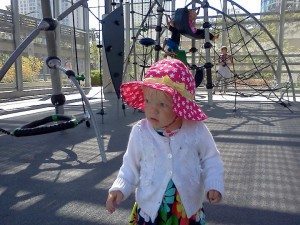 SD For Free- A weekly column dedicated to sharing the best sights and activities in San Diego at the best price – free!  We have a great city and you don’t need to break the bank to experience it.

The New Children’s Museum is a great place to take young children and thanks to sponsorship from Target, the museum is free to all the second Sunday of every month.  The free day for August was during the past weekend, August 12th, but mark your calendars in advance for September 9th to take advantage of this great free family outing.   [Read more…] 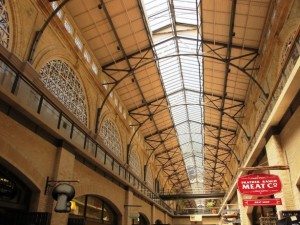 At no cost to taxpayers!… Unlike other visions for San Diego (a football stadium and Convention Center expansion come to mind), Dale Steele and Catt White are making their plans for a City Public Market along the lines of Seattle’s Pike’s Place, San Francisco’s Ferry Building and Barcelona’s La Boqueria into a reality via crowd source funding on the internet’s KickStarter. As of July 2012, KickStarter has 4,048 projects funded and has raised a total of $241 million in start-up capital. 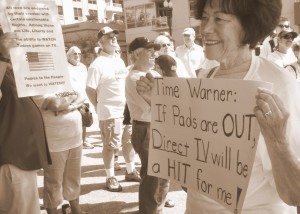 Matthew Hall, reporter turned columnist for UT-San Diego, had an idea that tapped into a deep well of frustration for baseball fans in San Diego. In a July 14th column Hall called upon Padres fans to step up to the plate and do something about a situation that is as unfair as it is indicative of the avarice surrounding virtually all things having to do with professional sports in this day and age. Half the population of our fair city can’t watch Padres baseball on TV, due to a dispute between Fox Sports San Diego and a couple of local cable providers. Needless to say, since the Padres are pulling down a cool $800 million for the broadcast rights, fans feel like they ought to be able to watch games from home.

So the deal was that fans were going to meet up outside the Padres Petco Park at10amon a Sunday morning in the middle of July to make a little noise, maybe make those corporate suits notice that their little game was a big deal for a lot of little people. I wasn’t sure just how much response Hall was going to get. There’s a wide chasm between ranting and raving from the safety of one’s Facebook page, and actually showing up to physically do something.   [Read more…]

Today Is the OB Rag’s 14th Birthday – So, We’re Taking the Day Off

Report on October Meeting of Midway Planning Board