;
You are here: Home / Archives for MIra Mesa

In today’s column I’m looking at the latest and best bit of right wing paranoia, Corinthian College’s political connections, a study about the causes of rising tuition for public higher education, an officer-involved fatality in Mira Mesa and a whole lotta dead trees…

An inter-agency training exercise set for this summer is stoking fears of an invasion or military take-over of Texas. And maybe even southern California.

Yes, folks, this is the Big One. After six years of hysteria over Death Panels, Sharia Law, and Big Brother coming to get your guns, the wingnut class has deemed Jade Helm 15 to be the Obamapocalypse.   [Read more…] 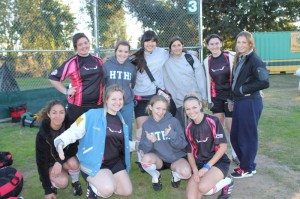 My first introduction to Rugby was when my grandson-in-law, Ben, sent me a picture of him with the blackest eye I had ever seen after winning a Championship Rugby match in Australia. Having all daughters I was almost sickened by seeing this handsome man’s face marred by a “shiner” so large that it almost obliterated his face.

When, five years later, my 17 year old granddaughter informed me that she was going out for the rugby team with the San Diego Young Aztecs (SDYA) my first thought was of Ben and all the cuts, scrapes and bruises he had during the rugby season. (I shouldn’t have been surprised at Molly’s choice. Her Aunt Lynn, my middle daughter, was the first female on the Water Polo team out of Pt. Loma High many years ago.) Still, the remembrance of Ben’s pictures was at the forefront of my mind.

The San Diego Young Aztec Rugby Club was started by its visionary founder Nevin Kleege. He had a dream about starting up youth rugby, in a meaningful way, here in San Diego. Seven years ago six children showed up to practice, and today they serve over 600 children (from 5-19 years old) in our community.   [Read more…]