;
You are here: Home / Archives for Point Loma

After the Times of San Diego story of the sale of Liberty Station leases by McMillin Company to a Michigan company broke on Wednesday, there have been further developments in the unwinding of just what and when it all happened.

To recap briefly, it was reported that McMillin sold leases to Seligman Group on Wednesday, but nobody in city government appeared to have heard about it. The city is supposed to monitor and approve any sales of the leases at Liberty Station by terms of its agreement with McMillin. Especially of concern is the fate of the North Chapel at Liberty Station.

But by the next day, things had changed. Thursday afternoon, as the Times of SD reported, Christina Chadwick, a spokeswoman for Mayor Kevin Faulconer, had confirmed the deal. She added an operator has been found by the new owner, who would continue to allow religious worship at the chapel.   [Read more…]

The Peninsula Community Planning Board (PCPB) held its regular monthly meeting Thursday, September 15, 2016, at the Point Loma/Hervey Branch Library. There was a crowded agenda and one of the topics having to do with the 30-foot Coastal Height Limit generated a great deal of interest.

With 14 of the fifteen board members present, the meeting began and ended at the normal times, and initially meeting seemed to be well attended – but as the night proceeded, it appeared that most in the audience were there to represent the projects being voted on.   [Read more…]

The City has come up with a proposed solution to strengthen and protect the 30-foot height limit on the Point Loma side of the peninsula, community representatives said Thursday, September 1st, after the second Mayor’s meeting on the issue.

Waves of community protest were ignited by the construction of four-story buildings at Emerson and Evergreen, capped by a town hall meeting attended by 250 persons.

Following the town hall, several community advocates attended the first Mayor’s meeting on the issue at City Hall at the invitation of Mayor Faulconer.   [Read more…]

Some parents at Silver Gate Elementary School in Point Loma are leading an uphill battle against artificial turf that is supposed to be installed on the school’s playing field next Fall. And other beach area activists have been fighting the artificial turf wars for a few years now.

Writer Ashly McGlone, in a fairly exhaustive piece in Voice of San Diego published June 27th, captured the highlights of one of those battles in describing efforts of some parents at Silver Gate.

McGlone focused on Point Loma resident Erika Lundeen, who became concerned to hear that the school her kids attend, Silver Gate, was getting a new artificial turf field called “crumb rubber”. It’s a type of artificial turf made up of particles from crushed-up car tires which act as a cushion and is used as a filler between blades of artificial grass. And this FieldTurf is what San Diego Unified uses – and plans to use on dozens of playing fields around the District.

Lundeen had seen local kids covered in little black specks on their clothes and bodies after rolling around in the turf at a field at Loma Portal Elementary School, with some kids playing with the black stuff.   [Read more…]

“Could I Have Been that Wrong?”

Holy Moly! I’ve been lambasted for reviews I have done before, but none like my first review of the Liberty Public Market in Point Loma. I call it like I see it, but with all the positive comments – forgetting the negative ones for a moment – that the Liberty Public Market has received on my comments, I decided it was time to go back and revisit it. If I made a mistake, I am certainly willing to admit it. (And I do that – look at an old article entitled “If you have to eat crow how do you cook it?”) I gathered a few women from my widow support group and we headed over to the market.   [Read more…]

As a recognized “foodie” I have anxiously awaited the opening of the Liberty Public Market. The one thing I miss most about living in the Bay Area is the “Berkeley Bowl” – a converted bowling alley turned into a multitude of food shops. From all I had heard, this new venture was a cross between the Bowl and the Seattle “Pike Place Market.” Even at my age I have not yet learned not to expect too much.

My friend Irene and I decided to take a look at this new venture on a Friday morning during the first week it was opened. Parking was relatively easy – but we noted it was packed when we left shortly after noon. We also found that most of “stores” did not open until 11:00am. But that suited our purpose, because we were just “lookie-loos” this first time around. Unfortunately, it might just be my “last time around.”   [Read more…]

Tucked in Liberty Station, across the street from Slater’s 50/50 Burgers, Ace Hardware, and Con Pane Bakery on Historic Decatur Road is a hidden gem of the peninsula and beach community — the Women’s Museum of California. Little did you know that in the second story above the first floor exhibit hall lies an extensive archive and collection devoted to women’s history.

Opening on Thursday evening Feb. 4th was the museum’s new exhibit, which showcases the history of the United Nations commitment to global equality and women’s issues, and celebrates the 70th year of the U.N.’s Commission on the Status of Women.   [Read more…] 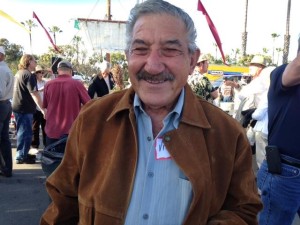 Editor: The launch of the San Salvador, the replica of Cabrillo’s ship being built alongside Point Loma, – originally scheduled for mid-April – has been postponed. Here, our Judi Curry continues her focus on the many volunteers who helped to build the ship. Cabrillo himself and what he and the Missionaries wrought here in San Diego is still controversial and the subject of a debate on our website.

Last year I did a story of the women volunteers working on the San Salvador. If you are not familiar with the San Salvador, it was the flagship of explorer Juan Rodriguez Cabrillo in 1542 when he sailed into San Diego Bay.  Cabrillo, who sailed from Portugal, was the first European to explore San Diego Bay and the coast of California.

Construction of the 92-foot- long replica almost completed and can be seen driving down Harbor Blvd. on the south side of the street just east of the airport if you are coming from Pt. Loma.   [Read more…] 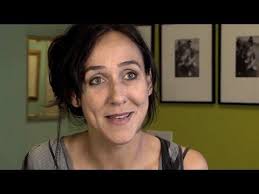 Hundreds of Point Loma High School students honored the director of the controversial film “Blackfish” – the expose on SeaWorld’s treatment of their Orcas – on Monday, Feb. 3rd.

Director Gabriela Cowperthwaite came to the campus after some film students had produced their own film criticizing SeaWorld and addressed an assembled group of them.  She told them she wanted her documentary about the water-park’s captive killer whales to persuade SeaWorld to discontinue “using animals as entertainment.”  Cowperthwaite also told the students that they need to form their own opinions on the issue.

Her film began, she said, as a research project on the death in 2010 of Orca trainer Dawn Brancheau and Tilikum, the killer whale.   [Read more…] 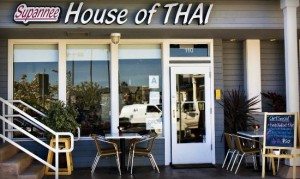 Since there was so many responses to an earlier review in the OBRag suggesting that I visit the restaurant for the second time, my friend Eric and I did just that last Monday at lunch time.

As was the case before, we were greeted with smiles and taken to a seat. Because it was late, the restaurant only had two other tables filled when we arrived, and one other couple came in after us. (They close at 3:00pm and reopen at 5:00pm for dinner.)

We were given the same fish menu that we were given at dinner, but both of us elected to have something off of the lunch menu.   [Read more…] 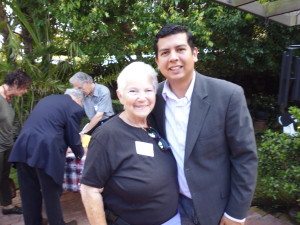 A “meet and greet”  was held Sunday  in Pt. Loma to introduce Point Loma Democrats and friends to David Alvarez, a candidate running for the position of Mayor of San Diego.

It was the first time that many of the attendees had ever met Mr. Alvarez, and there was great interest from the over 50 people in attendance in what he had to say, how he said it, and what he sees for the future of San Diego. He gave willingly of his time, and spent almost three hours answering every question asked.  It is interesting to note that at no time did he evade the questions, and from this observation was honest and sincere in what he said.

He stated that his leadership goal as the mayor of San Diego is to continue the community action that is so badly needed in San Diego.  He said that he would put the “neighborhoods” first and work on infrastructure so badly needed in our city today.   [Read more…]