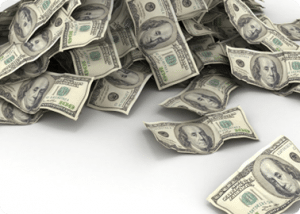 The Ayn Randians in the leadership of The Reader can usually be counted on to keep the San Diego diocese safe for local conservatives, relying on snark to make clear they belong to neither party, nor to the city’s rulers, and especially not to the rest of the city’s readership.    Last week, though, the weekly wetted down the dynamite in a piece of work from their fearless, bright and always readable Don Bauder.  The story, a failure by UT-San Diego’s chief executive officer, John Lynch, to pay $23,332 worth of property taxes on a house he owns here, was relegated to page 50, and pared to just three long paragraphs. Two of those were dedicated to Lynch’s own explanation of how it came to be he’d failed to pay.   [Read more…] 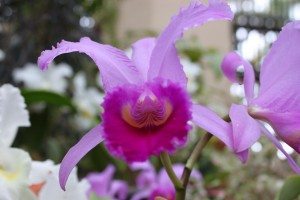 The Balboa Park Botanical Garden is a delicious reprieve from politics. There are more than 2,100 permanent plants on display, so this is really just a snippet. I focused on the orchids this trip because I find their complexity fascinating from an evolutionary standpoint. The Garden, which is open Friday through Wednesday and is free to the public, also features cycads, ferns, tropical plants and palms, among other varieties. 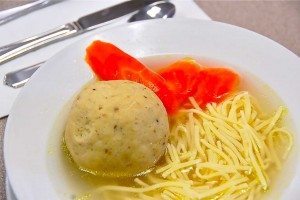 I was born and raised in the “borscht belt” of Los Angeles. I graduated from Fairfax High School, just steps away from one of the more famous deli’s in the United States – Cantor’s -.  It is impossible to tell you how many times I ate at Cantor’s; and even now I frequently have them send me some of their raisin pumpernickel bread.

When we moved to San Diego in 1966, the only Jewish Deli around was “Ross-Sands”, located in the old Sav-On shopping center off of Rosecrans in Pt. Loma. When they closed, it left an emptiness of traditional deli’s for quite some time, even though one of the sons – Myron Ross – went to work at the deli at Fed Mart for a few years. (Interesting to note that Myron is now a musician, having played for George Gobel, Buddy Greco, Andrew Sisters, Kay Starr, and many Las Vegas type shows, Ben Blue Review, Frank Sinatra Jr., Frankie Laine, Earl Grant, Tommy Noonan, Jane Russell, Connie Francis, etc. He has lost most of his vision but still continues to play and draw crowds.)   [Read more…] 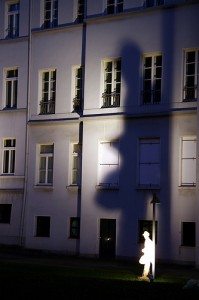 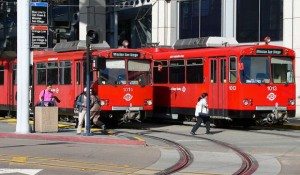 Sustainability 101: Put the Public Back in Public Transportation – Part 1

By Terrie Leigh Relf Reprinted from the OB Rag

With this first introductory segment on public transportation, I wanted to raise just a few points. The next segment will feature a few anecdotes I’ve been collecting. I hope that you, dear reader, will also chime in so I can include your experiences as well.

For those of you who know me, I don’t drive, and have never had a license. I am therefore dependent upon my feet, public transportation, and the goodness of others to get where I need to go. Since I live in OB, I can walk most places, but when I leave this walker’s paradise, I mostly rely on the bus and trolley.

Other riders have their reasons for using public transportation, such as the following: 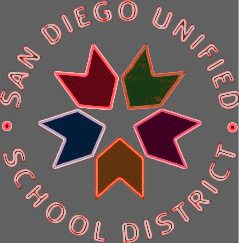 This is Part One of series on ballot choices in San Diego that relate to our schools.

There’s been a war going on over San Diego Unified’s Board of trustees for a long time now, and this year’s races for school board are just the latest skirmish.

There are two contests for seats on the San Diego Unified School Board and they’re both important.  Politicians (of all stripes) are prone to saying “it’s about the children” whenever they talk about education, but the fact is there are many other issues at play. Candidates for our local top spot all have preened before the cameras touting their education platforms, when the reality is that the School District is financially and politically independent of the City Government.

The Mayor and the City Council can’t actually do squat about what’s going on with schools.  Change, when and if it comes to local schools, is through the Board of Trustees, popularly known as the school board.   [Read more…] 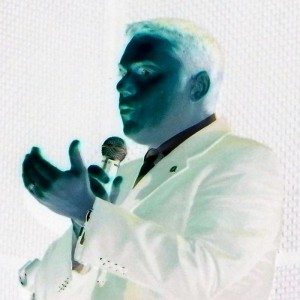 It was in the middle of April back in 2011, and a couple hundred local Republican bigwigs were holding a gala “unity night” at the Kona Kai on Shelter Island. Mayor Jerry Sanders was joining Republican Councilman Kevin Faulconer, other honchos and establishment types from the San Diego Chamber of Commerce, the Lincoln Club, the Taxpayers Association, plus cadres of right-wing activists – all coming together in an orgy of unified puffery. They had come together to celebrate the launch of a ballot initiative that would severely undercut the power of public sector unions to bargain for their members in San Diego.

One of the heroes and firebrands of the local rightwing, Carl DeMaio got up and made a speech. Somewhere in his spiel, he challenged the gathering with a question – a question that would define the coming year and months in San Diego. DeMaio – a City Councilman – called upon his audience and asked them: “Are you ready to make San Diego the Wisconsin of the West?” His fellow Republicans cheered. They were ready, as was described by the rightward SDRostra.com
[Read more…] 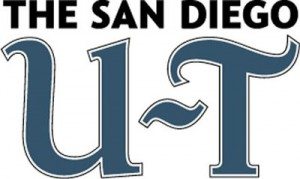 The San Diego U-T published a poll suggesting that Carl DeMaio is ahead in the mayoral race by ten points. Shocking. You mean Doug Manchester and the U-T have conducted a poll that supports his candidate, DeMaio? No other poll has shown DeMaio in the lead. So I guess the cheese stands alone, as the old nursery rhyme goes. We in the LGBT community know that the U-T coverage of the mayor’s race has been cheesy at best.

Let’s analyze the actual U-T poll. First the margin of error is +/- 4%. That means that you can subtract 4% from DeMaio and add 4% to Filner. That would mean DeMaio could be as low as 42% and Filner as high as 40%. Hmm, that would make it a 2% lead for DeMaio. Of course, there are more issues with the headline and the poll.
[Read more…] 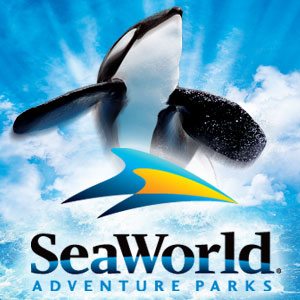 This article was published in collaboration with GlobalPossibilities.org.

To a child, SeaWorld can be a magical place. To many adults, it’s boring. To a killer whale — or orca — it might be hell. Nowadays, the show going on in Shamu Stadium is called Believe. Attractive trainers in blue wetsuits dance on stage, direct the orcas to do various stunts, and toss the whales treats of fish – but the trainers no longer do the “hot dog” stunts of flying out of the water and through the air on the rostrum of the ocean’s top predator. (The rostrum is the part of the whale you might imagine would be its nose.) People who saw these impressive stunts at SeaWorld on previous trips might anticipate them and then remember the reason the trainers are out of the water: a SeaWorld orca killed a trainer in February 2010.

When a male orca named Tilikum dragged Dawn Brancheau, one of SeaWorld’s most senior trainers, into his tank on Feb. 24, 2010, she became his third human victim.   [Read more…] 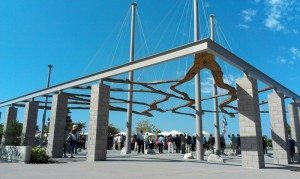 An official ceremony at 10 a.m on Thursday, Sept. 20, featured San Diego officials cutting the ribbon to welcome the public to Ruocco Park. Located at the intersection of West Harbor Drive and Pacific Highway, the park covers 3.3 acres and offers views of the San Diego Bay, Coronado Island, and downtown San Diego.

Certain circles of San Diegans are celebrating. The article in the UT San Diego yesterday [Wed. Sept. 19] said it all:

The two ordinances passed will arm San Diego with more methods and ways to monitor and hold property owners responsible for abandoned properties, and they also will require banks that conduct business with the city of San Diego to provide information on lending, foreclosures and service to minority communities. The third ordinance will not be discussed until October.

Progressives who worked on these issues are giving thanks to the leadership of Councilmembers Todd Gloria and Tony Young. A broad coalition had come together to apply pressure and the San Diego City Council passed the Abandoned Properties Ordinance and the Responsible Banking Ordinance the same evening.   [Read more…]

‘America Is Not Ready to Open Schools. We Blew It.’

800 Hate Incidents Against Asian Americans in California During Pandemic