You are here: Home / Archives for Politics / Nov 2014 Election

Vermont Senator Bernie Sanders was in San Diego on Sunday, speaking at a rally in the parking lot of Qualcomm Stadium. About four thousand people attended the event, which featured music and other progressive speakers.

Sanders told the crowd “our message is the future of America,” contrasting the small donor base of his campaign with the PACs and corporate executives supporting former Secretary of State Hilary Clinton. When his speech came to the presumptive GOP nominee, he said that Trump would not be elected “Because, in the year 2016, the American people will not accept a bigoted president.”

Was Sunday’s rally part of a sprint to the finish line for the Democratic insurgent’s campaign? Or was it, as mass media outlets have been suggesting, a farewell tour? Tuesday, June 7th, we’ll find out.   [Read more…] 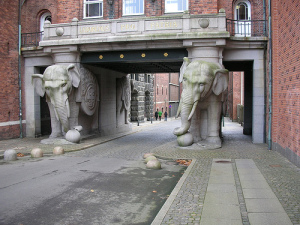 Last week progressives in California rightfully felt a bit relieved that their state served as a seawall against the ocean of red that washed across America.

Outside of our reactionary little backwater here in San Diego where Carl DeMaio can pretend to be moderate and almost win despite multiple scandals, there were bright spots in the rest of the state like the election of rising progressive star Betty Yee as State Controller and the re-election of Tom Torlakson who beat back the billionaire boys club’s effort to put a corporate education reform advocate in the Superintendent of Public Instruction’s office.

Thus, just as New York’s Democratic Governor Cuomo launches a civil war against the unions in his state in the service of corporate interests, California will serve as an alternative model of cooperation rather than confrontation. In most places on the Left Coast, even when nobody shows up, the right just can’t seem to win, and Brown, while far from perfect, prefers to sit happily on the fence between the neoliberal Democrats and the progressives, ruling in his distinctly idiosyncratic fashion.   [Read more…]

One of the big electoral victories for what I’d call sane people this week was the passage of Proposition 47. Simple drug possession and property crimes valued under $950 are now misdemeanors, effective immediately, punishable by up to a year in a county jail.

Law and order–or should I call them “lock ‘em and leave ‘em”– types are taking to the airwaves to fan the kind of (mostly irrational) fears responsible for California’s decades long dance with draconian detention policies.

Local media throughout the state are publishing stories about issues being raised with prosecutors offices. The Los Angeles Times account includes a plea from the City Attorney for funding to hire more staff to deal with misdemeanor prosecutions.   [Read more…]

Get ready for the message: Democrats need to move toward the center. That’s it, that’s all you need to know from the political professionals whom we pay to tell us who we are and what we think.

Picture them. You have Brian Williams, the hippest of that knot of strange guys in a hotel bar who anchor the nightly news of the three traditional used-to-be’s: ABC, CBS and NBC. The truth is, these guys don’t really carry the anesthesia and toxins for our political elite; they just introduce the heavyweights who do. But they’re the most important of the traditional media.

Scott Pelley, and what’s-it over at ABC and Brian Williams are the ones in the bar who seem to know who’s got the goods. They mostly look like second-stringers, or backup singers; their too-tight suits and subtle blebs help us see they’re just like us, just folks who’ve been placed momentarily in the spotlights and the corner offices. But they’re the ones who point their fingers and start up the choruses of specialists who call out the numbers and quote the right people and bring on the soloists and the experts.   [Read more…]

Wednesday dawned in City Heights much like every morning here, with the cough and sputter of cars starting, the occasional twitter of birds, a siren shrieking on El Cajon Boulevard. Kids will pass by the house on their way to school.

There is no indication on 45th Street that four billion dollars had been dumped into national and local elections nor that a majority of the electorate– close to 70% in California– had decided to sit this one out.   [Read more…]

History repeated itself last night. Going back to Franklin D Roosevelt, where the party of Herbert Hoover picked up seven US Senate seats and eighty-one US House seats, the political party of a second term president usually gets its ass kicked in the final mid-term election of that administration. It happened to Presidents Eisenhower, Reagan, and Bush.

The most notable exception would be the 1998 midterms elections, where damage to the GOP brand brought about by their failed impeachment attempt, marked first time since 1822 that the party not in control of the White House failed to gain seats in the mid-term election of a President’s second term.

There will be lots of finger-pointing going on today and in the weeks to come. My takeaways are that micro-targeting and millions invested in Get Out The Vote campaigns can’t overcome a weak message. On a national level the Republicans knew what they were against specifically and for in a very general sense; the Democrats failed to tell anybody what they were for, in large part because many of them tried to run against a sitting President from their own party.   [Read more…]

Carl DeMaio burns inside with a desire to change things for the better. We could use far more elected officials with such passion and drive.- UT San Diego, October 4th

On the eve of the election a Navy veteran has come forward to add a second voice to accusations regarding sexual harassment by congressional candidate Carl DeMaio.

Coincidence? I think not. Those looking at this campaign as simply a battle of incumbent vs. challenger should pause for a second before saying this latest revelation was the work of the Peters campaign. Those hoping to see DeMaio fail (and I am one of them) also need to step back.

As was true with the downfall of former Mayor Bob Filner, it is possible for two competing narratives to both have an element of truth in them. In the case of Carl DeMaio the primary narratives are: a) the candidate has serious issues with the truth and how he treats people b) the timing of these disclosures is deliberate.

People buying into one narrative or the other seem oblivious to the possibility that it’s not an either or situation. I say that’s exactly what’s going on. Today I’ll examine these views of the candidate and the campaign.   [Read more…] 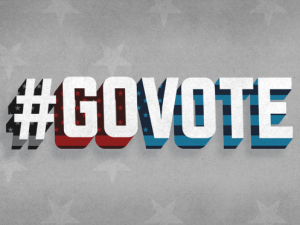 Most political observers are predicting bad results for the Democrats at the national level, but there are a few important races where progressives might be able to win key victories that will have a real effect here in California and a number of largely ignored down ballot contests where we can elect solid people while keeping some dangerous, incompetent characters out of public office.

More specifically, tomorrow we can:

1) Take a significant step away from the colossal stupidity of the last several decades of the war on drugs, senselessly draconian three strikes laws, a ballooning prison industrial complex, and surging economic inequality by passing Proposition 47. Proposition 47 would reduce six nonviolent crimes involving petty theft and drug possession from felony to misdemeanor status and divert hundreds of millions of dollars in cost savings into education, crime prevention, and treatment.   [Read more…] 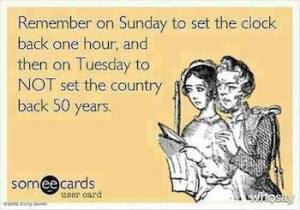 A big deal is being made over the large percentage of California voters who’ve opted to use the vote-by-mail ballots. While right-wing efforts in other states are focused on Voter ID laws and other variants of Jim Crow, the don’t vote effort here on the left coast is focused on spreading doubt about the reliability of the mail in system.

A mistake in mailing out ballots in Sacramento becomes evidence of a state-wide “glitch ridden ballot system”, according to Breitbart.com. Their “concern” is sooo touching. They’d like you to be afraid of mail-in voting, mostly because they’re afraid that other-than-Republican voters are discovering how easy it can be to use.

Sadly, a disturbing large percentage of those ballots will be left out of the count because people never got around to filling them out. If you’re one of those people who’ve put off filling out your ballot, here’s a handy-dandy cheat sheet designed to help you vote in ways that really will scare the hell of the Breitbart types.   [Read more…] 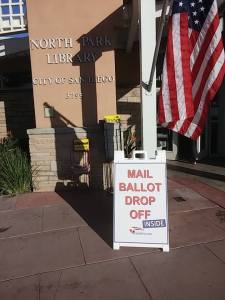 If you haven’t already mailed your vote by mail ballot, you still have a number of options to make sure your vote is counted in this election.  This year, the County of San Diego has designated 14 drop-off locations.  Here in the city of San Diego there are 3 locations– Pacific Beach Library, North Park Library and the Registrar of Voters. These locations, with the exception of the Registrar of Voters, are not early voting locations. You can only drop off your ballot during the location’s regular business hours.   [Read more…]

San Diego’s Lincoln Club does a great job of proving just how racism and sexism are tools used by the wealthy to attack candidates and divide voters in elections.

Now they’re going after District 6 City Council candidate Carol Kim, crudely photo-shopping her face into the image of woman with multiple shopping bags on her arms in New York City. Voters are encouraged to be afraid of her (non-existent) “New York City” tax plan.   [Read more…]