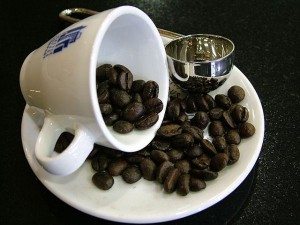 The day after President Obama’s reelection, I was in an affluent neighborhood coffeehouse trying to work. A table of loud businessmen in their early sixties proclaimed, “If the Democrats want to tax the wealthy, we’ll dump our stock, layoff our workers, and move our businesses overseas. We’ll see how the middle class likes that!” The angry tirade reminded me of a two-year-old who didn’t get his way.

I do a lot of work in coffeehouses around San Diego. I try not to listen in on people’s conversations, but when they are loud proclamations I can’t avoid hearing, I sometimes write down the outrageous things that come out of people’s mouths.

Recently, I reviewed my notes and realized they are a psychological cardiogram of our city. I decided to publish the most outlandish conversations in hopes of exposing the anger behind them.   [Read more…] 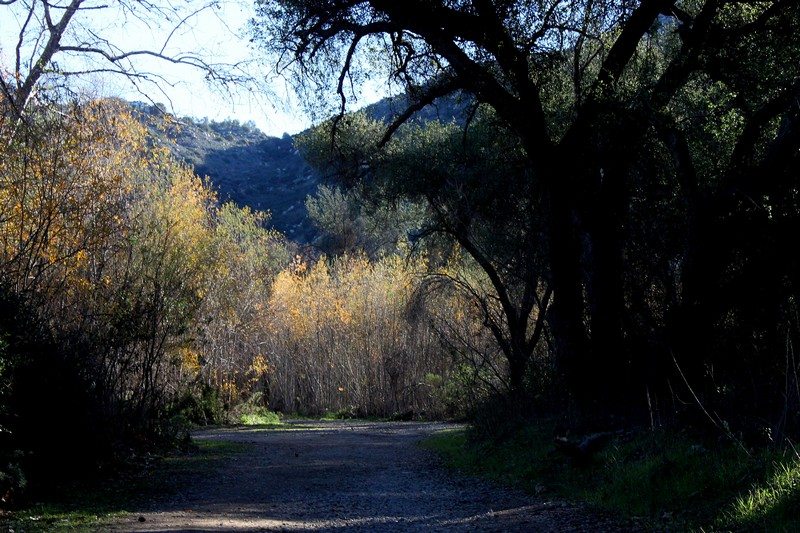 Poway’s Blue Sky Canyon Ecological Reserve is the perfect place for an early morning walk — or any time of day, really. A variety of trails can be chosen along the way, but I stuck to the main wide, beaten path for my first outing. The trail is ranked moderate and is a total of 2.5 miles out and back. It features a lake and is a dream come true for dogs; I’d left mine at home and still feel guilty about it. Next time.

Effects of past wildfires are still obvious — the gnarled and burnt branches of some trees seem to take on a caricature-ish life of their own. I was reminded of Dr. Seuss on more than one occasion. New growth is abounding, however, and the desert oranges and greens stretch as far as the eye can see.   [Read more…] 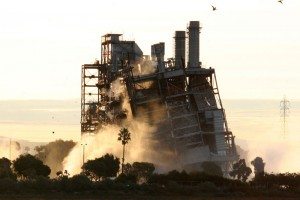 Editor: Our friend JEC witnessed this event Saturday morning and sent us his pictures and thoughts…

The crowd was in the thousands, parking was a challenge.  The morning was beautiful – a good day for an implosion.  The crowd could feel the shock waves from the explosions and car alarms went off in mass.

Now the real battle begins – do something better with the land.  And what’s the bet the Port District will let Duke energy off the hook by leaving the spit of land that extends out from the plant into the middle of the bay.  That berm with the square island at the end was built for the plant to separate the cool intake water from the plant’s warm output.  Standard language in Port leases calls for tenants to return to land to it’s original condition.  Western Salt avoided paying millions to remove the industrial salt ponds because those berms have been declared historical structures, “celebrating San Diego’s industrial heritage.”

Come inside for the photo gallery…   [Read more…] 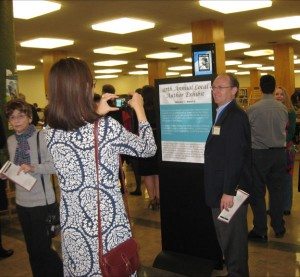 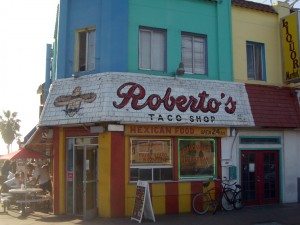 Joe had stopped at one of the local Roberto’s taco stands on the way to his apartment and purchased dinner. In the early eighties, a Latino family from South Bay had opened a chain of very successful taco stands throughout the county.

The chain had been named Roberto’s after a family member. Other members of the Latino community, seeking to cash in on the famous name, had named similar stands with only slight variations on the name. The county now played host to a number of Royberto’s, Aliberto’s, Juanberto’s, Panchoberto’s, and the truly obvious Chuckberto’s.

But to the truly discriminating, only Roberto’s was capable of making the best carne asada burrito, which was a meal by itself. Made with grilled beef, guacamole and salsa, the ingredients were wrapped in a flour tortilla about the size of pillow case. The aficionado always requested extra picante sauce served in small plastic cups. The soda was an absolute necessity with the burrito, for without it, the gases created from the concoction could easily rip a tender stomach lining to shreds. The soda was a catalyst to encourage a series of lengthy, hearty belches from the consumer, thus, in all likelihood saving many lives.   [Read more…] 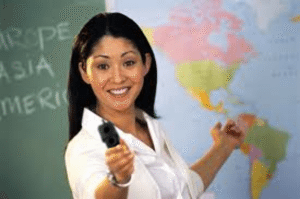 I think I have shown great restraint in not approaching the arming of schools, teachers, counselors, etc. After all, it has been some time since the mass killings at Sandy Hook. But the more I hear about this asinine approach – guess where my beliefs lie – the more I question the sanity of the American people.

I spent five long years becoming a teacher. A damn good teacher. I was a high school dropout – the day I turned 16 – because I was bored, frustrated and, for the most part invisible to my teachers and staff. (Perhaps that was because I ditched more days than I was in attendance, but I didn’t ditch to have fun; rather I ditched because I had a job that paid me good money and I didn’t see what school was going to teach me that I wasn’t already using in my job. (I was a pharmacy tech – although not called that back in the early 50’s – but worked close to 40 hours a week and had a car that I had to support.)

Because of my horrible experiences with school, I decided that I would become a teacher and motivate students to learn using highly innovative means to do so. It must have worked, because even today I hear from some of my students that were in my first classes (and that was back in the 60’s) and they tell me that they owe me a lot for understanding their needs and setting up personal objectives for them.   [Read more…] 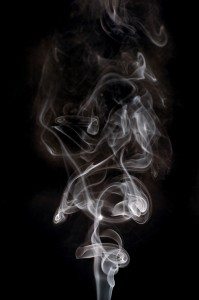 … Looking down at his cigarette, he laughed.
He took another satiating inhalation,
a smile still pursed on his lips
and gazed at the kid across the street.
That kid identifies as male?
The kid with a microphone, earring and slim jeans?
This kid must be lost!

Kid looks up, and then beyond and past the blur.
With his slim jeans and rolled up flannel,
he couldn’t be bothered.   [Read more…]

According to the NRA, Maya Angelou, Hallmark and the Kansas City Chiefs all hate American freedom.

It’s no secret that the NRA suffers from extreme paranoia, but a massive list of enemies posted on the organization’s site takes crazy to another level. A statement preceding the list describes your typical, gun-stealing boogeyman:

“The following organizations have lent monetary, grassroots or some other type of direct support to anti-gun organizations. In many instances, these organizations lent their name in support of specific campaigns to pass anti-gun legislation such as the March 1995 HCI ‘Campaign to Protect Sane Gun Laws.’ Many of these organizations were listed as ‘Campaign Partners,’ for having pledged to fight any efforts to repeal the Brady Act and the Clinton “assault weapons” ban. All have officially endorsed anti-gun positions.

Take a look at some of the groups who, according to the NRA, are enemies of freedom.   [Read more…] 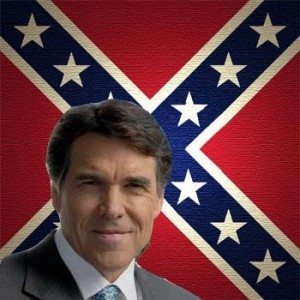 Our local daily is featuring an article today hewing to its meme that the end is nigh for the Golden State in the wake of voter support for raising taxes in the last election. Here’s the lede:

While I wouldn’t go so far as to say there are no negatives about California, at least we don’t have schools being required to use text books that whitewash the McCarthy era and fail to mention the slave trade. There’s another side of the story…

INSIDE: HEDGECOCK BOYCOTT ON, IMMIGRATION WARS, SOURING ON THE SUPERBOWL…   [Read more…]

If you’re of Mexican descent then at some point in your life you have probably played the ubiquitous game Loteria. For those who are not Mexican Loteria is somewhat similar to Bingo except you use numbered playing cards with iconic images on them such as La Calavera, El Borracho, El Catrín, La Luna, El Diablito, La Muerte and many others instead of numbered balls.

Ruben Torres, who I wrote about in a previous column called Love Thy Neighbor. It’s Not About Charity, It’s About Humanity, has teamed up with a collective of creative Southern Cali folks to curate a massive art exhibit, to be held at the Centro Cultural de la Raza, called The HeART of Loteria.

Ruben told me that “the opening reception is meant to celebrate a family tradition through art, performance, food and Loteria game play. It is meant to be an experience that is rich with Loteria inspired imagery and art. There will be about 200 art pieces that will be featured, created by artists from all walks of life. There will be two main experiences – inside and outside.   [Read more…] 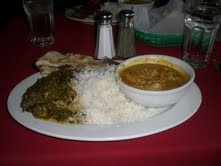 Approaching the doorway to the La Mesa restaurant, is a sandwich board listing the lunch specials of the day. Not surprisingly, they are the same as the Pt. Loma restaurant – Saag Aloo – a spinach and potato combination; Veggie coconut chicken; Chicken Curry; Chicken Vidaloo – chicken cooked in a gravy of tomato and onions with potatoes and vinegar; Chicken Tikka Masala and Chicken Chili. The diner selects two of the entrees, and it comes with a bowl of lentil soup, rice and naan bread. The cost is $7.95. (The same menu in Pt. Loma is $6.95.)

I was flabbergasted when I walked inside the restaurant. They had taken over the building next door and now, instead of an intimate restaurant with 12-15 tables there was a huge room with many, many tables in addition to the original restaurant. And it is needed, for the small dining room was filled to capacity during the time Jim and I were there.   [Read more…] 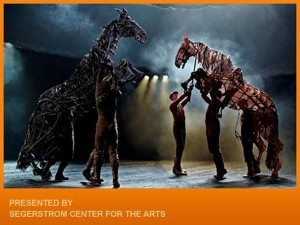 The five Tony award winner War Horse opened last week at Segerstrom Center for the Arts in Costa Mesa California. Segerstrom Hall shined, filled to its maximum capacity with almost 3,000 souls. Over the course of two and a half hours, theater goers enjoyed the ups and downs of this complex story situated in England during World War I.

Albert, sixteen, gets a foal thanks to his father Albert’s gambling win. Joey the foal comes alive onstage. It is a puppet made out of mostly cane which has been soaked, bent and stained a light cinnamon color. Three puppeteers– one for the head, one for the torso and one for the tail, bring Joey to life with breathing, neighing and puffing sounds… simply fascinating! The puppeteers wear overalls and boots of the same color. Even though they are seen all the time onstage, the handling is so fine, so delicate, they disappear into the puppet.   [Read more…]