You are here: Home / Archives for Bob Dorn

For years now the Republican Party has been the party of death. Now it may itself be dying. More about that later. For now, some numbers.

In 2014, 1,100 of 1359 executions performed by the states were the work of “Republican-dominated states,” according to Republicanviews.org on Oct. 26 of that year. Just more than 508 of those executions were in Texas, according to the Death Penalty Information Center, which did the report.

Last May, the Quinnipiac poll taken on attitudes toward the war in Iraq, asked the question, “Do you think going to war with Iraq in 2003 was the right thing to do or the wrong thing?” Overall, 59% of Americans responded that it was wrong and 32% said it was right. Among the Republicans those numbers were more than reversed; 62% of them said it was right to go there and kill, while only 28% said it was wrong.   [Read more…]

Last Sunday (May 17) on 60 Minutes, Scott Pelley summoned every hormone and nanoparticle in his body to reach that sweet spot where his voice can sound like a god’s and said:

“Time is the enemy of history.”

Its people fight for a degree of control over their lives and are left to fight among themselves over whether they get sidewalk repair or a new stadium. A water shortage is not because we grow avocados in a desert, it is because we take too many showers for too many minutes.

Homelessness is a problem because lazy people don’t want to work. If they got themselves jobs they could buy a condo in Mission Valley starting at the low 400s.   [Read more…]

When not a problem, pal is a problem

I’m afraid we have to give up on arguing with fascists.

We’ve got grown men in expensive suits, some of them Republican presidential candidates, willing to say in public that Obama’s deal with Iran on nuclear arms is worse than Neville Chamberlain’s famous sell-out to Adolf Hitler in 1938.

They don’t mean this shit, and they don’t seem to care a fig if they seem insane. We’re not going to convince the NRA that we need to place limits on gun sales and use. They’d rather aim a gun at you than negotiate. Maybe we’ll get lucky and they’ll start aiming at each other, like Dick Cheney did when he shot his skeet podner a few years back.

Instead of attempting to defeat fascism with arguments, maybe we can change the atmosphere down here at ground level. On the theory that the better we are the better our leaders will become, let’s look at what you and I do, routinely, to establish our own stupidity.   [Read more…] 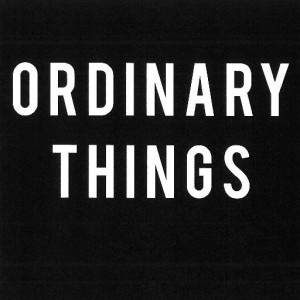 I still have my father’s hammer; it’s tough hickory handle, all blackened by decades of use, has never separated from its carbon steel head, which is similarly stained by use. (The grease and dirt buried in that wood, some of it left there by my father, probably is what keeps the hickory from taking on water and rotting.) Let it be a symbol of endurance, persistence, toughness, good design and good material. 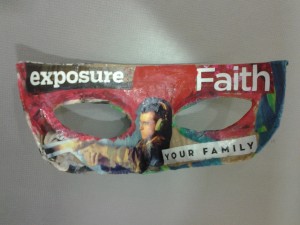 We all can act stupid around race. The more stupid about it we are the more racist we become.

Some of us are a tiny bit stupid, enough to think we can say “Bragh” or “Carnal” and thereby get past the barriers between people by saying magic words. To one degree or another we carry with us when we go to work or school the delusion that we can know by their color, or dialect, or accent who’s likely to be a friend to us.

I had a good friend who used to say, “To assume is to make an ass out of u and me.

Beyond the merely unconscious screw-ups lay (and lie) the racists themselves, the ones who consciously bring stupidity with them as a tool to alarm the inexperienced, and to insult the people who’ve already had to endure the stupidities. I don’t want to talk about them. We all know who they are. They make their livings letting us know who they are.   [Read more…] 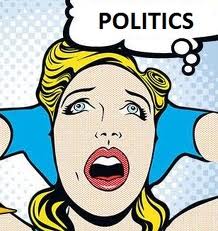 Call it what you want – Broke, Busted, and Disgusted might be good, or The Undead, or The Disillusioned Party– but a party dedicated to the economic and social interests of the young might brighten life and raise the hopes of the 40% to 45% of us who lately haven’t had a reason to vote.

We need that young party because the other two don’t work anymore. One of them is widely known as “the party of no” and the other one could as easily be called, “I’ll get back to you on that.”   [Read more…]

I’ll have no advantage over the last-minute shoppers who’d put off shopping until the last minute for no good reason.   [Read more…]

So, this 71-year-old with the income of a teenager walks into an uptown branch of Union Bank. He had just $28.75 in his checking account following his open heart surgery two weeks before on Nov. 17.

This was his first chance to get to the bank to take up some issues.One reason he had so little money had nothing to do with the bank’s operations. He’d had an angiogram and an EKG earlier in the month – stuff the medical world must do before doctors can open everything up to repair floppy heart valves – and the upfront co-pays were about $160 more than he’d anticipated. Those and smaller amounts for medicine accounted for the couple of hundred he hadn’t factored into demands on the checking account.

Still, he had his “overdraft protection savings account” with a balance of $600 available to cover any shortfall in his checking account. So he wasn’t worried when his wife took him to the hospital for the surgery Nov. 17. The money would be automatically transferred from the savings account to the checking to cover the unanticipated advance medical fees.   [Read more…] 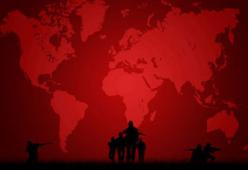 Freedom.  A word we don’t hear lately, cheated of life by politicians who told us that’s what wars are for.

After all those wars fought in its name, did we lose the concept, freedom?  What took its place? Hate?  Maybe that’s what’s left.

We’ve been suffocated by war; our culture is dying from it.  Road rage is normal. The military mails advanced war games to little boys whose memories of all those explosions can be tickled once they reach 18, all ready for the next “conflict.”  War is just a digital metaphor, a collection of remote buttons until they’re turned into launcher’s buttons.

Get ready for the message: Democrats need to move toward the center. That’s it, that’s all you need to know from the political professionals whom we pay to tell us who we are and what we think.

Picture them. You have Brian Williams, the hippest of that knot of strange guys in a hotel bar who anchor the nightly news of the three traditional used-to-be’s: ABC, CBS and NBC. The truth is, these guys don’t really carry the anesthesia and toxins for our political elite; they just introduce the heavyweights who do. But they’re the most important of the traditional media.

Scott Pelley, and what’s-it over at ABC and Brian Williams are the ones in the bar who seem to know who’s got the goods. They mostly look like second-stringers, or backup singers; their too-tight suits and subtle blebs help us see they’re just like us, just folks who’ve been placed momentarily in the spotlights and the corner offices. But they’re the ones who point their fingers and start up the choruses of specialists who call out the numbers and quote the right people and bring on the soloists and the experts.   [Read more…] 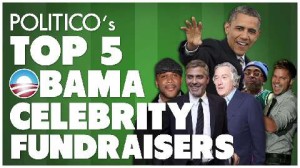 No question, the news will make you cranky.

GOOGLE News’ll make you cranky, too. Worse, it also makes you think you’re smarter than everybody else, an unfortunate combination of attitudes if you value reaching out to your fellow human being.

It’s good for us to remember Google News and other engineering marvels are designed and managed by mere mortals.   [Read more…]

A Shameful Supreme Court That’s a Menace to Society