You are here: Home / Archives for Bob Dorn 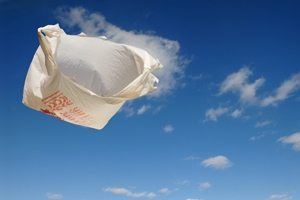 I love my plastic bag.

No one’s going to take it from me; not some foolish enviro nut-hazard with her meds in her pocketbook, or some Japanese squeeky clean wearing a mask in the subway, or a Filner Freak-o who spends his money on Mexican marijuana that probably already has some STD buried between its cracks, or Obama, the Holy, who solved Syria all by himself (ask the cruise missiles who solved Syria!!!). 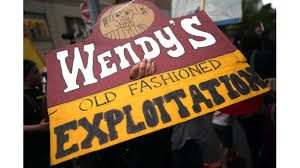 Debby, or Debra, Flores is 20 and has a 2-year-old daughter. She works at Wendy’s downtown, First and Broadway from 11 am to 3 p.m. only four days a week, which means she’s part-time and enjoys no company benefits. She makes $8 per hour from the Wendy’s she’s part of. So, during the week at Wendy’s she’s making $32 a day, taking home $128.00 per week, less taxes.

She pays taxes because she has ANOTHER job at a hookah lounge delivering food and tobacco starting at 7 pm and continuing through the night to 6 am.

Think of it. This slight, lean young girl human on a typical day of the week puts in 15 hours of work a day, commutes to her mother’s home and spends just about 3 hours a day with her child, starting at 3 pm. Sometimes, on a good day, she grabs maybe five hours of sleep, if she can sleep.   [Read more…] 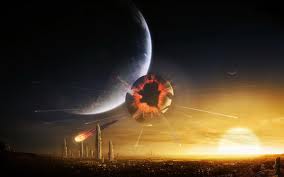 I won’t be following local television and print as it winds its way through this embarrassment of scandals.

Through this series of wickets leading on to glass-lined halls little people in suits smile for no reason other than for the cameras which surround them on their creep; there go the Princes of Maionnaise and Inglory (their dark Lord of Manchester guiding them), the Kevins and Donnas and Corys already forgotten and eclipsed by the Pallamarys.

We are bound by people who study contracts, covenants, guarantees and warrants, bonds and settlements and pacts (and all those dead words and narrow schemes they advance) with no less fervor than the religious who search through their God’s leavings for hints of how to gain immortality.   [Read more…] 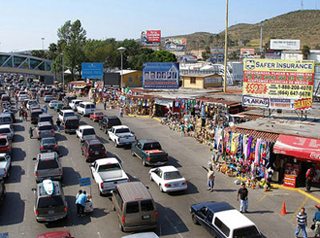 This week, my best friend and wife and I– the two of us– spent 48 hours on a quick trip to Baja; three of those were spent in line waiting to get back into the U.S.

It was 7:30 a.m. when we had finished looping around the center of TJ and entered the river bed east of the center. We didn’t know at this point that we’d followed “San Diego” signs until they’d disappeared. We were left to ourselves to learn that the left lane would turn into a Left Turn Only lane, withdrawing us from our salvation and guarantor of freedom, the U.S.   [Read more…]

The wig of Jan Goldsmith, City Attorney, is seeded with male sex pheromones, according to three of his attorneys who cannot be named.

Each of them says that in separate meetings alone with the city attorney in his office they found Goldsmith irresistible after he began combing the hairpiece or ruffling it with his fingers.

“It is possible to infuse human hair with provocative pheromones,” said UCSD’s Dr. Andrew Lecithini, of the school’s chemistry department, “but it tends also to severely straighten the hair, causing it to lay down and stray, which may counteract the attractive function of the pheromones.”
[Read more…] 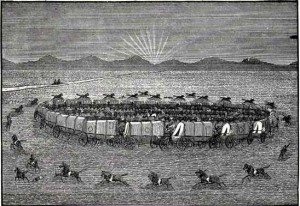 He that is without sin among you, let him first cast a stone… John 8:7

The Pharisees are circling. Their feasting on what are –still — unsubstantiated rumors reveals the same mob-thought and histeria of ancient history, before the rule of law.

We still haven’t heard descriptions, neither anonymous ones nor any from his public accusers, of what Filner has done. Of all the “multiple victims” (the words of a principal accuser who happens to be a lawyer encouraging people to use his services) not one has stepped forward into the light to explain when and where the mayor harassed her, or him. The words sexual abuse have not even appeared in the trash talk of the politicians and partisan lawyers.

There’s a sloppiness in this attack that beggars the imagination, as if the hatred and passion of those dancing around the bonfire has relieved them of their reason and awareness of what they’re saying.   [Read more…]

For a cool $212 million, E.W.Scripps picked up Channel 10 KGTV from McGraw-Hill in October 2011. Ever since then the station’s news operations has been just another kennel for the right wing’s dogs of war.

Of course, a television station in mellow San Diego can’t be expected to put flamethrowers like Limbaugh, Beck and Hannity on video news, particularly not when its present and immediate past is and was decorated by the likeables Kimberly Hunt and Michael Tuck and the fools, Regis Philban! and Harold Greene!! , the latter made famous by Will Ferrell’s deadly embodiment named Ron Burgundy, in Anchorman.   [Read more…]

More people name FOX News as their avenue to the truth than any other network, according to Gallup, which released its study yesterday (July 08).  Of course, most people simply told Gallup that they watch television in general for their news (55%) but FOX was specifically named by 8 percent, without prompting.   Perhaps surprisingly, CNN was volunteered by 7%.

FOX News viewers are almost twice as likely as CNN viewers to be 50 or older, and 94% of them say they are — or lean toward being — Republican.  And, gasp, the venerable polling organization actually says in its findings that FOX fans are  “much more likely to be white, Protestant, attend church weekly, and to earn $75,000 or more per year.”