If the media is still confused about the role the media played in Donald Trump’s ascension to the top of the Republican heap, the media should really review the tapes of Donald Trump’s triumphant media tour this morning. They were pretty much in keeping with everything else he has said at this point about closing borders, keeping Muslims out, and seeing ISIL under your bed, with an extra dose of “I told you so” and “things can only get worse from here” added for good measure.   [Read more…]

The bank, HSBC, has been involved in criminal enterprises from dealing with terrorists and drug dealers to advising clients how to escape paying taxes. Yet no HSBC banker has gone to jail.

Dealing with drug dealers is nothing new for HSBC, also known as the Hong Kong and Shanghai Banking Corporation. They have always been associated with drugs. Founded in 1865, HSBC became the major commercial bank in colonial China after the conclusion of the Second Opium War. That’s the war in which European powers forced the Chinese to legalize the drug trade.

If you or I got caught with a few stems or seeds of marijuana, we would go to jail. HSBC laundered money for the Sinaloa drug cartel, but yet they had to pay only a small fine and got off the hook. The fine, $1.9 billion, is about five weeks of income for the bank. Their executives had to partially defer their bonuses as well.   [Read more…]

If you been keeping up with the news you’ve no doubt heard about an outbreak of a very serious disease occurring in West Africa. It’s called Ebola and is fatal in an average of about 50% of the people who are infected, according to the World Health Organization. Many news accounts say “up to” 90%, which may be a factor in the outbreaks of another disease making the rounds.

There is also an outbreak of a very serious condition in the United States. It’s called Teabola and causes irrational fear in about 90% of the people who are infected. The disease is being spread by the same media outlets and social media networks responsible for breakouts of Obama Derangement Syndrome throughout the United States.

Today we’ll take a look at both Teabola and Ebola in the media. 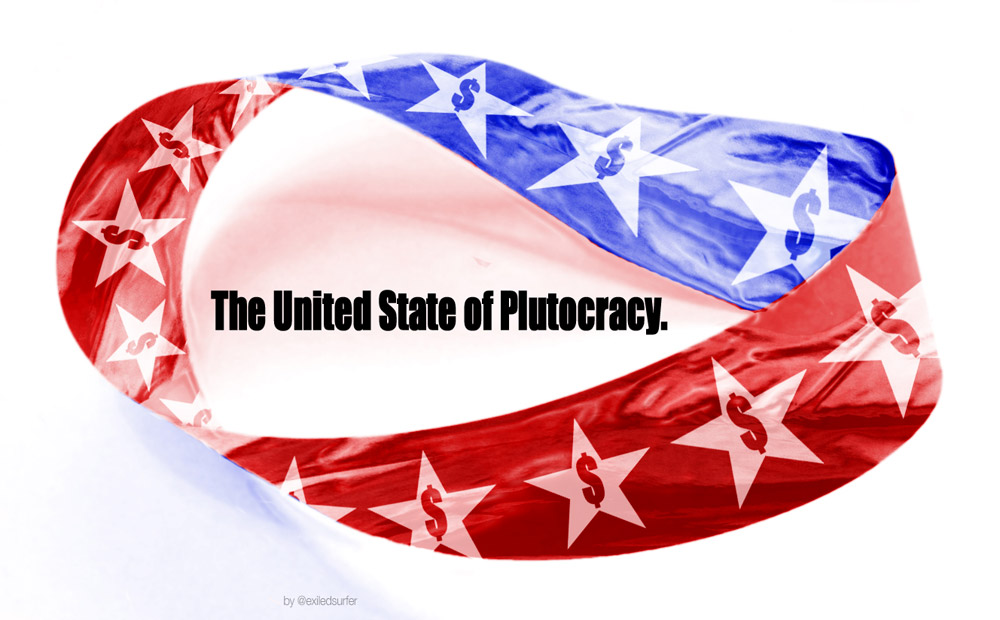 “When you skip voting it’s not rebellion, it’s surrender.”

That was the apt Facebook meme doing the rounds last week after a brutal primary election where a pathetically low turnout led to a very good night for Republicans and the corporate interests they represent. Of course this was not at all unexpected as June primaries have always been lethargic affairs, but this one was even more embarrassing.

Indeed, with labor significantly depleted after losing a big mayoral special election and fractured local Democrats still reeling, the right saw an opportunity to go for the kill and they did, outspending the Democrats in nearly every race and burying the community of Barrio Logan under a mountain of corporate-funded bullshit. As Doug Porter accurately observed, it was a triumph of environmental racism and plutocracy, pure and simple.   [Read more…] 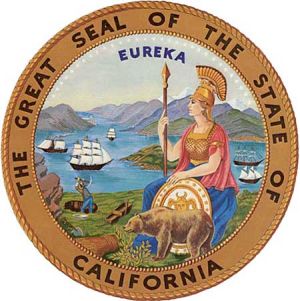 In case you haven’t heard by now, California voters saw fit to enact a “top two” primary system several years ago. The “top two” system means that whoever the top two vote getters are advance, regardless of political party. Even if they’re both of the same political party.

This has two fairly obvious effects: 1) it eliminates third parties from contention long in advance of the general election; and 2) in safe partisan districts it very often means expensive and mostly pointless intra-party contests all the way through November. If you’re interested in progressive primaries it doesn’t even help, since a long November intra-party fight tends to go to the institutional candidate with more money.

Yesterday San Diego non-voters elected a district attorney personally embroiled in a criminal case, a county clerk supported by anti-gay bigots and a supervisor known for using taxpayer dollars to support religious causes. Call it a resounding victory for apathy and a defeat for advocates of the two tier/jungle primary voting system as a near-record low number (I’m guessing 22%) of voters cast ballots.

Approximately 12% of the city’s registered voters agreed with a corporate campaign almost completely based on lies to overturn a five-year-long community planning process. Incumbents were triumphant everywhere.

There will be runoff elections in November for San Diego City Council District 6 between Carol Kim and Chris Cate, the 52nd Congressional District between Carl DeMaio and Scott Peters, along with Mary Salas versus Jerry Rindone vying for the Mayor in Chula Vista. A stealth campaign by teahadist Donna Woodrum for a seat on the San Diego Community College Board failed to unseat Maria Nieto Senour.   [Read more…] 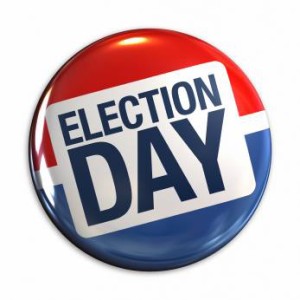 The race for County District Attorney got a little more interesting yesterday as a hearing before U.S. District Court Judge Michael Anello revealed the existence of a letter, purportedly written by Bonnie Dumanis on official stationary on behalf of the family of foreign national Jose Susumo Azano Matsura.

While the judge ultimately denied a motion by defense attorney Knut Johnson to make the document public, testimony about a letter of recommendation on behalf Azano’s son written to the president of the University of San Diego suggests a more substantive the previously described relationship between the incumbent DA and the man accused of illegally donating funds supporting her failed mayoral campaign.

The incumbent DA has denied any knowledge of $200,000 in contributions –illegal because they came from a foreign national–made to organizations supporting her bid for mayor.  Half the money went to an independent expenditure campaign and the balance went to a rather shady DC social media campaign organization.   [Read more…] 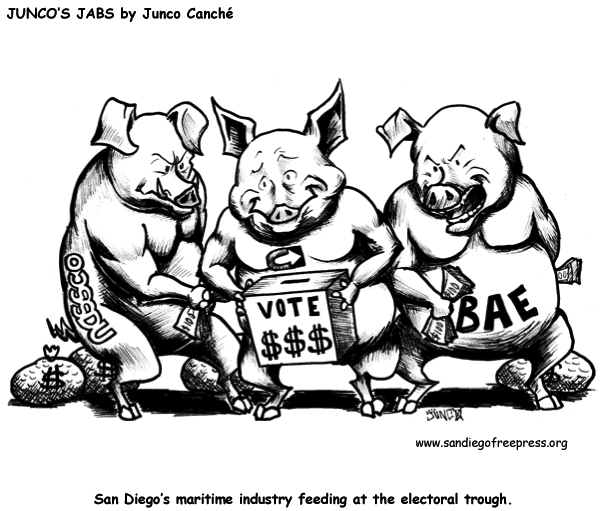 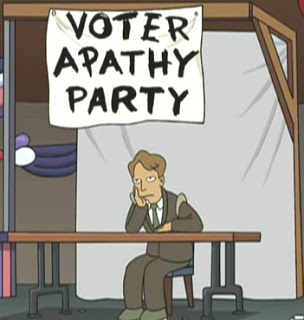 What if they had an election and nobody came?

That’s the feel that this June’s primary has to it and, after a nasty and seemingly unrelenting political year from the Filner scandal on, it’s understandable that folks are burned out and/or disgusted enough to stay home.

Nevertheless, while most San Diegans are meeting tomorrow’s election with a collective shrug, there are a number of things at stake that will affect our lives and the future of our local and statewide democracy in important ways.
[Read more…] 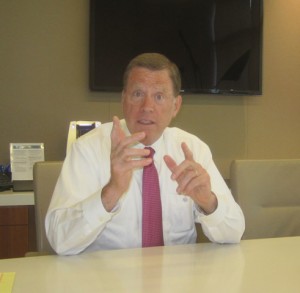 The first thing I asked DA candidate Bob Brewer when I met him yesterday was if he could do “something about the traffic?” as it was bumper to bumper at 2:30 in the afternoon on I-5 as I drove to the interview – (okay it was a Friday – but really?) . We both chuckled and grimaced and he responded, “yeah, I’ll build another freeway” knowing full well that wasn’t the answer.

We sat down in an empty conference room on the 3rd floor of one of those new fancy buildings in the Carmel Valley area. He’s “of counsel” for the firm Jones Day where he’s been for the last 6 years.

Bob handed me some campaign literature just before beginning, and asked me if I wanted some coffee. When I said yes, he whisked away and brought it back. He didn’t hit some button and ask a secretary or clerk to get it.

I told him I wanted to get to know the “real Bob Brewer” and for the next hour plus I peppered him with questions and he responded in kind. First we explored his personal history. 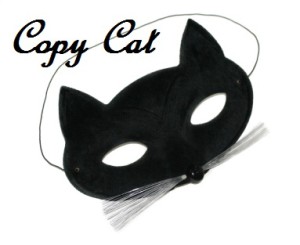 Carl DeMaio has become known for the prolific reports and multi-point plans that he churns out, even though they have often ended up not working out so well. He’s certainly been trying to keep up the pace in his Congressional race, but you’d be forgiven if a lot of these ideas seem awfully familiar. Not just the notoriously plagiarized National Journal report, but woven throughout his platform.

One of the very first reforms put forward by Carl DeMaio — even before Republicans wouldn’t let him run for mayor — was passing No Budget, No Pay. It’s a good idea. Poll tested and popular. One way to know is that Scott Peters ran on it in 2012 and won. Then he went to Congress, where almost immediately he voted for H.R. 325, The No Budget, No Pay Act of 2013 on January 23, 2013. Then the Senate passed it on January 31, 2013. Then the President signed it on February 4, 2013. Peters also co-sponsored a bill to make the policy permanent, sequestered his own pay when gridlock imposed deep cuts to government programs, and co-sponsored the Stop Pay for Members Act, which would ensure that Members of Congress would not get paid if the U.S. defaulted on its debt.

It’s sixteen months later, and No Budget, No Pay is central to DeMaio’s Congressional reform plan. It’s great that Carl’s on board, but maybe he could catch up?   [Read more…]