You are here: Home / Archives for Politics / 2014 June Primary

Today’s column provides thumbnail sketches of people running for legislative positions, both in Sacramento and Washington. In most instances you’ll find a link for the campaign website right underneath their listing providing much more information about the candidate.

There are thirty some-odd candidates running for five congressional, five state assembly and two state senate seats. The way voting districts exist at present tends to favor the incumbents, but California’s demographics are changing rapidly. So this election’s losing candidate in any particular race may well find him/herself with a much more favorable picture next time around.

Unless you’re a hard core politico, it’s hard to keep track of who’s who, especially in primary races, so we’re publishing this series to aid in your decision making process. Actual SDFP endorsements will be in another article, though I doubt you’ll have much trouble figuring out which way I personally lean. Yesterday we took a look at top statewide races.   [Read more…]

This story has been updated to include a response from Clear Channel.

Four Billboards paid for by former prosecutor Carla Keehn in support of her candidacy for San Diego County Superior Court Seat 20 were summarily removed on Friday by the Clear Channel Outdoor corporation just two days after being erected.

The candidate says the company  “received pressure to take the billboards down and they would not tell me from whom the pressure came.” This action is consistent with earlier assertions made by Keehn about surreptitious efforts by incumbent Judge Lisa Schall and/or her supporters to deny or withdraw endorsements for the challenger.

The outdoor advertising panels were reserved five months ago by Keehn’s campaign. Payment was made and artwork for the billboards was delivered in April.  The billboards went up at four locations on Wednesday, May 7th. They were removed Friday, May 9th.   [Read more…]

“Everyone who wants to preserve community control over the planning process should be afraid because your community will be next!” –Georgette Gomez, Associate Director of the Environmental Health Coalition

As we head toward the June 3rd election, the same corporate interests who spent big money to fund a petition drive based on lies  to force a vote on the Barrio Logan Community Plan are now funding an equally dishonest campaign to defeat it.

The only thing that will stop a great injustice from happening in the case of the Barrio Logan Community Plan is if San Diegans stand up against this threat to their local democracy and vote yes on B and C. For that to happen, San Diegans need to be educated. The central organization doing this work in the service of the Yes on B and C Campaign is the Environmental Health Coalition (EHC).

This week, I interview Georgette Gomez, the Associate Director of the EHC to learn a little more about who the folks are who are fighting this good fight and what is at stake in this election.   [Read more…]

There are so many decisions to make. My voting district’s mail-in ballot for the June 3, 2014 election has 26 choices to be made. Opening that envelope made me realize I could no longer put off writing this series…

The fictional (activist) fairy on my shoulder says,“Say it loud & say it proud! Voting is the most fundamental duty of every citizen. Do it for truth, justice and the American way.”

The pretend (procrastinator) demon on my other shoulder says  “Ugh. I’d rather watch Buffy the Vampire Slayer re-runs.”

So here we go…Today we’ll take a look at the top statewide contests. Actual SDFP endorsements will be in another article, though I doubt you’ll much trouble figuring out which way I personally lean.   [Read more…] 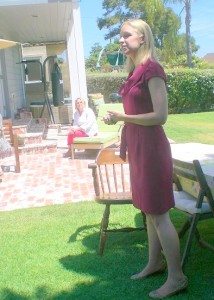 Over the past several months, I have attended many “meet the candidate forums” for those people running for office on June 3rd.  I have been amazed at the quality of one of the candidates running for District 2 City Council seat because she is so aware of the problems facing those of us in this particular district.  And furthermore, she has answers to overcome those problems.

Let’s tackle a few of those problems right now:  For those of us living along the Sunset Cliffs corridor, I have a question for you.  When was the last time you were able to leave your home and go directly to the Highway 8 on-ramp without being detoured around Ocean Beach?  Yesterday it took me over 10 minutes to get to the freeway because of the streets that were blocked off – again – and detour signs were everywhere.

When I came home from my excursion to El Cajon, the detour signs were gone but the roads from Newport to Santa Cruz were so bumpy I thought my car would end up with flat tires.  That, plus the steel plates all over the road only tell me that today will be the same way, and probably for  weeks to come.   [Read more…]

I borrowed the first part of today’s headline from one of my favorite songs by Nina Simone, who sang about a certain southern hellhole of a state of mind as her response to the murder of Medgar Evers in Mississippi; and the bombing of a church in Birmingham, Alabama that killed four black children back in 1964. The song speaks to the level of angst and frustration I’m starting to feel about the upcoming election.

Bad things are more likely to happen and good things probably won’t happen if you and your friends pass on your obligation as citizens to vote come June 3rd. Starting today and in the coming weeks we’ll be talking about those possibilities, so you need to (please!) pay attention.

Fast forward 50 years from Ms. Simone’s lament and there are 8 million eligible but unregistered voters in California. Of the 17.7 million voters that are registered to vote in the Golden State, only about one third will bother to cast ballots in the upcoming June 3rd elections. That works out to 14% of the total population deciding how things will be for next few years.   [Read more…] 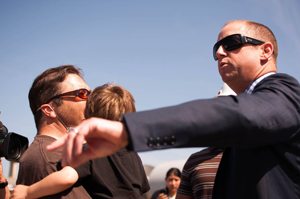 Under the new Barrio Logan Community Plan Update, the foreign-owned companies Wahl represents can expand up to 20% by right, then go through special permitting processes if they want to grow further.

Nobody is kicking them out, the zoning for the Shipyards remains untouched, and the Navy has unilaterally stated it will not leave San Diego because of the Barrio Logan Plan (if you heard that condos were being built at the Shipyards or that the Navy was leaving, it’s because Shipyards representatives like Wahl lied about it).   [Read more…]

Congressional candidate Carl DeMaio has a real talent for manipulating the news media. Yesterday he teamed up with Fox News columnist (and former Bush Press secretary) Dana Perino to let the world know about the vast left wing conspiracy attacking him because he’s gay.

Using examples from his failed mayoral campaign of outliers who tried to make his orientation an issue with right wingers, the Perino story builds to a crescendo incorporating the LGBT community and the left in general marching lockstep into the current congressional contest, united to smear and defeat his “true campaign message of hope.” It’s a pity party writ large and the story is playing well with the ‘GOP is persecuted’ set.

As is usual with Carl, it’s a boatload of crap. There are actual facts in the Fox story, but they’re spun completely out of context. The people making noise about his sexual orientation in the current congressional race are his socially conservative GOP brethren.   [Read more…]

The race for District Attorney in San Diego has heated up in recent days, with incumbent Bonnie Dumanis actually showing up for a debate in Del Cerro after skipping events in Oceanside and La Jolla earlier this month. She also appeared at a Ramona Tea Party multi-candidate forum on Saturday, reportedly wearing a straw cowboy hat.

UT-San Diego gave Dumanis their editorial blessing this weekend, saying “She deserves re-election to a fourth term,” before acknowledging that she might have picked up some “baggage” over her 12 years in office. While that “baggage,” which includes a campaign finance scandal and an over-zealous (and failing) campaign against medical marijuana is of interest, it’s the broader accusations that Dumanis has politicized the District Attorney’s office that merit your attention.   [Read more…] 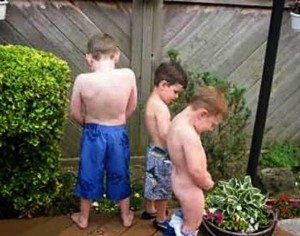 Watch the short video embedded in this story (inside).  It showcases our city’s top politicians strutting their stuff as hotshot Top Gun naval aviators.

It’s a droll skit.  You’ll chuckle watching the honorable men I recently wrote about as they bond in a boys-will-be-boys ritual.

But most of all, this doozy of a video spotlights why — in the hands of our current politicians and the people who prop them up — San Diego is destined to stagnate as an underachieving, plodding, uninspired, also-ran kind of city.   [Read more…]

The release of a statewide list of census tracts most impacted by pollution by the California Environmental Protection Agency (CEPA) will add to the controversy surrounding two ballot measures presented to San Diego voters in the upcoming election.

A story in today’s Los Angeles Times, along with a scalable map, provides a dramatic assessment of impacts by types of contaminants within neighborhoods throughout the state. The CEPA report gives advocates for the Barrio Logan Community Plan hard evidence supporting their contentions concerning health problems caused by the current mix of industrial and residential uses.

Opponents of the Community Plan have dismissed health claims about industrial pollution as the cause of asthma and other health problems, blaming nearby freeways for contaminants. The CEPA study clearly indicates a serious problem with the release of toxic contaminants– as opposed to diesel particulates– into the air specific to the Barrio Logan area.   [Read more…]

Things must be going poorly for incumbent District Attorney Bonnie Dumanis in her re-election campaign. While she hasn’t been accused of involvement in the unfolding campaign finance scandal stemming from a foreign donor’s quest to turn our downtown waterfront into another Miami, a whiff of ‘something’s not right here’ remains in the air.

Her re-election effort is facing a stiff challenge from a well-funded opponent who’s managed to nail down endorsements from a large majority of law enforcement-related groups and nearly two dozen former assistant DAs. And her latest gaffe won’t help matters much.

Yesterday, challenger Bob Brewer announced the endorsement of Father Joe Carroll, whose high profile blessing of Kevin Faulconer was well received by voters during the recent mayoral contest. It should have been a blip on the radar of the campaign. Now it’s not.   [Read more…]