You are here: Home / Archives for Politics / Gender

An interview with founder Sarai Snyder

Through my events planning work in San Diego and on the east coast I have had the opportunity to witness greater inclusion of community voices in planning efforts around pedestrian and biking safety. I have noticed more women riding their bikes on the streets of San Diego as well as an increase in community members (including youths) participating in the planning process for more walkable and bikeable neighborhoods. The promotion of cycling and the creation of strategies for greater ease in riding on city streets appears to be paying off.

Women’s History Month offers a context in which the advancement of women in cycling can be recognized and celebrated. I had the opportunity to speak with Sarai Snyder, the founder of CycloFemme, which is a worldwide cycling movement whose mission honors the past, celebrates the present and empowers the future of women in cycling.   [Read more…] 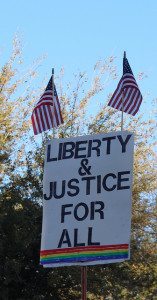 Gov. Brewer’s veto of a measure that would have legalized discrimination against the LGBT community, atheists, and others was about capitalism, not compassion.

The choice for Arizona Governor Jan Brewer was clear: “religious freedom” or the 2015 Super Bowl.

Just when it looked as if social conservatives would force the state into taking a giant leap backward in the fight for LGBT equality, Brewer vetoed a blatantly anti-gay bill.

Both chambers of the Arizona Legislature recently passed a bill that would legalize discrimination against gays and lesbians on the basis of religion.   [Read more…] 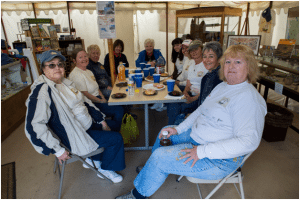 The Maritime Museum of San Diego is building  a $5 million replica of San Salvador, the galleon Cabrillo guided here in 1542 when he became the first European to explore what is today known as San Diego Bay.  The museum has dedicated  a construction site for the ship which was donated by the San Diego Port District on public land at Spanish Landing, 2 miles from where its main collection of historic vessels are docked on North Harbor Drive.

Thirty-five months have passed since the keel was first laid in March of 2011. This  three-masted galleon, totaling 88 feet of beautiful wood will weigh 200,000 tons when completed.  Plans call for the ship to open as a paid attraction in 2014, when it joins the museum’s other ships at the nearby embarcadero.

Who is building this large replica of the San Salvador, you ask?  There are some ten paid workers, and  many volunteers that devote a goodly part of their week to watching history taking place.    [Read more…]

“Jane Doe” is one of thirteen women who sued the City of San Diego following the arrest of SDPD officer Anthony Arevalos for sexually assaulting women while on duty by threatening them with arrest. It was her courage in filing a complaint that triggered an investigation leading to an arrest of the officer.

Yesterday reporters with 10News revealed that taxpayer dollars, authorized by the City Attorney’s office, were used to hire a private investigator to follow and videotape Jane Doe over a 23 day period. The investigator’s report, uncovered during the discovery process, clearly indicates the intention to portray her as ‘wanton woman.’

Twelve of the victims have settled their lawsuits, with payouts totalling $2.3 million. Jane Doe has stood fast, even as City Attorney Jan Goldsmith has portrayed her in the news media as a gold digger.  The real issue at hand is the young woman’s demand that the city create an independent monitor at the San Diego Police Department to watch for corruption. She and her attorneys claim there were several reports and accusations Arevalos engaged in similar misconduct over a decade.   [Read more…] 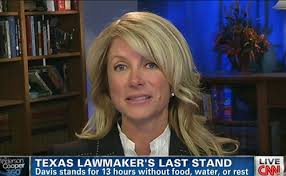 Now that it’s 2014, American political analysts, strategists, and operatives are revving up for the November midterm elections.  High on the Republican agenda is the goal of convincing women to counter President Obama and vote for their congressional and gubernatorial candidates.

Usually, the opposition party has the advantage in the non-presidential midterm elections. But in this instance Democrats may in fact have greater appeal, especially among young, minority and low-income women voters.  In 2012, President Obama enjoyed an 18 point gender gap, according to exit polls.

Now, Democratic Party operatives are trying to mobilize even more women voters, especially the minority women who have so strongly supported their platform. They are casting women in starring roles and hoping that by running high-profile female candidates, they will take back important governor’s mansions and keep their fragile majority in the Senate.   [Read more…]

That was the reaction of supporters of the Barrio Logan Community plan yesterday after the City Council voted to place a referendum sponsored by maritime industry interests on the June 3rd primary ballot.  Industry backers were hoping that a successful petition drive for the initiative would force the council to rescind the plan rather than face the costs and conflicts inherent in a contentious campaign.

The UT-San Diego wasted no time showing where its sympathies lie, running with a front page story using the industry’s un-provable contention that jobs would be lost in the lede of a supposed news article.  While a City of San Diego study projects more than 4,000 jobs would be created under the plan, opponents can do no better than quoting individuals who “think” jobs might be lost.

Framing the conflict as one of “jobs” versus “neighborhood planning” is exactly the strategy pursued thus far by maritime industry advocates, who’ve managed to twist both ends of that equation (46,000 jobs will be lost! Yuppie condos are coming!) into an narrative so unpalatable that gathering signatures for an initiative was a cakewalk.   [Read more…] 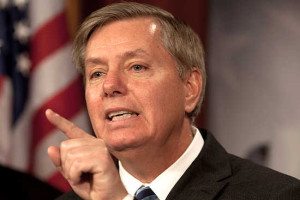 I am tired of men – and stupid women – telling me what I can do – or not do – with my body. In the readings I have done I have never come across anything telling me that the legislature – or the Supreme Court for that matter – were appointed GOD (s) and until they can prove to me that they are the Superior Being, it is time that we women exert our own power to ban the very cause of fetuses – namely the ERECTION.

This is what I propose: Every time a man has an erection not for the purpose of conceiving a child, that penis be cut off. (The conception of a child must be agreed to by the female partner.) The removal must be done by a female mid-wife, female nurse practitioner, or the female receptionist at the front desk. If none of these are available, then it is permissible for the woman that caused the erection to remove it any way she sees fit. This does not have to be done in a licensed hospital; in fact, a back-street alley is preferable. I don’t think that a hanger would work to well, so maybe a dull knife that has not been sterilized would be the weapon of choice.   [Read more…] 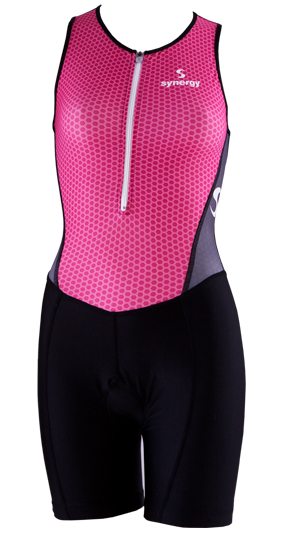